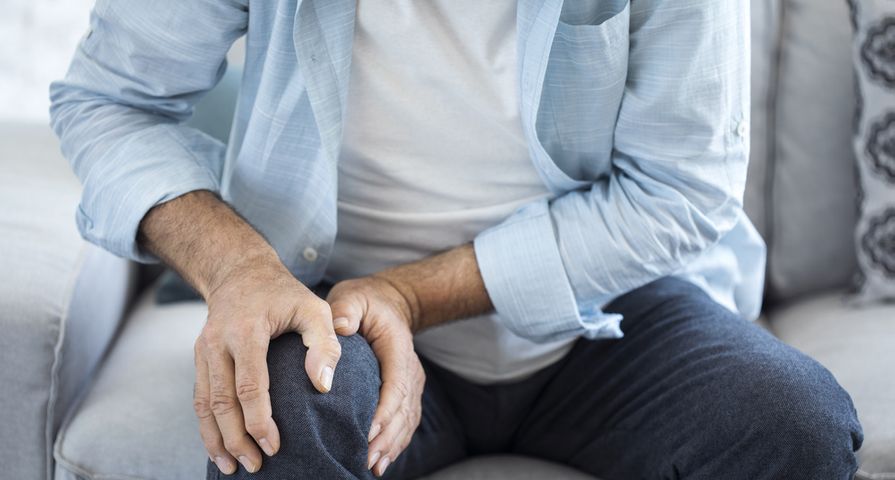 There are many different conditions under the umbrella of arthritis, all of which involve pain and inflammation in the joints. For example, rheumatoid arthritis involves chronic stiffness, swelling, and pain. It can cause patients to struggle with the most simple daily activities, from getting out of bed to making their way into the office, and preparing dinner for the family at the end of a long day.

To help with their condition, many rheumatoid arthritis patients turn to potent pain medications. But there are natural ways to treat rheumatoid arthritis and these methods can help individuals manage their condition without spending huge sums of money on pricey medications. Of course, whatever your treatment choice, it’s always a good idea to run the idea by your family doctor before moving ahead.

The most simple and yet surprisingly effective treatment for rheumatoid arthritis is to apply heat to those areas providing the most stiffness, pain and general discomfort. Applying heat can help to reduce the swelling of the muscle, cartilage and other tissue in the joints by stimulating blood flow in the area, helping to alleviate much of the stiffness and pain that can make getting through the day with rheumatoid arthritis really difficult.

There are a few ways you can use heat to your advantage. The less natural way is to apply a medicated cream that uses a warming sensation. For a more natural approach, try running a towel under warm water and then wrapping it around the problem area. You could also use a heating pad, most of which can be warmed in the microwave in a couple minutes, though this does require purchasing the pad.

While applying heat can help bring relief to swollen joints and help rheumatoid arthritis patients get through the day in a simple and cost-effective way, switching between applying hot and cold is actually a more efficient way to manage the pain. That’s because alternating hot and cold has been shown to alleviate pain and provide relief from stiffness and pain for a more prolonged period of time.

To apply cold, all you really need is a handful of ice cubes wrapped in a thin towel, like a face cloth. To prevent the ice from melting and getting water everywhere, consider wrapping the cubes in a ziploc bag or plastic grocery bag before wrapping them in the towel. For best results, apply the cold pack for 20 minutes, then turn to the heating pad for 20 minutes. Rotate this process a few times a day. Never sleep with the ice or heating pad on as it can damage your skin.

3. Take a Warm Shower or Bath

One way to bring down the swelling associated with rheumatoid arthritis is to apply heat to the area using a heating pad or a towel warmed under hot water. This method for alleviating pain and discomfort is even more effective when combined with applying cold and then rotating between the two.

But you can also help bring relief to your sore joints by taking a hot shower or bath, particularly the latter. That’s because a shower or bath will immerse more of your body, and thus, more of your joints, in warmth, helping to stimulate blood flow and reduce pain. For even better results, consider soaking your swollen joints in a hot tub, which can apply even more heat and add stimulation.

Acupuncture intimidated many North Americans when it began to appear more frequently in the late twentieth century, and for good reason: this form of treatment for rheumatoid arthritis (and many other conditions) involves probing and stimulating certain parts of the body in order to correct imbalances of energy known as “qi.” This stimulation occurs by taking tiny needles and inserting them under the skin — a sight that left many North Americans a little put off.

But acupuncture is one of the world’s oldest and most practiced medicinal treatments. For literally thousands of years it’s been used to treat a variety of conditions, including the swelling of the joints. Today, it’s used by millions to reduce inflammation in many parts of the body, especially the back. Talk to your doctor about the potential benefits of pursuing acupuncture therapy.

Most of the treatments for rheumatoid arthritis involve stimulating the body in physical ways — like applying heat, cold, or taking medications that can numb the pain or reduce swelling. But there’s something to be said for treatment methods that use our mental energy to distract from the discomfort associated with rheumatoid arthritis.

In that regard, meditation has been used extensively to help rheumatoid arthritis patients manage their condition and its various symptoms. This involves using deep-breathing techniques that can help negate the impact of stress receptors that can serve to cause the constriction of muscles in affected areas, making pain more noticeable. By focusing on deep breathing rather than the pain, rheumatoid arthritis patients can learn long-term strategies for managing their discomfort.

The problem with rheumatoid arthritis, aside from the general pain and discomfort it provides, is that it can make physical exercise difficult to imagine, let alone actually carry out. When you wake up in the morning with ankles, knees or hips that scream in pain, the idea of going for a walk, let alone a run, jog, or bike ride, will at first seem completely out of the question.

And that’s a big problem, as physical exercise has been shown to significantly reduce the symptoms associated with rheumatoid arthritis. Exercise can help improve flexibility in the joints and help build or improve the muscle that supports those joints. By refusing to engage in such activity, an individual could find their bones, joints, and connective tissues feel more stiff and resistant to movement. For this reason, it’s worth talking to your doctor about developing an effective and safe physical activity routine for your rheumatoid arthritis. Of particular importance are limited-impact activities, like cycling and swimming.

The practice of massage therapy has grown in leaps and bounds in recent years, and for good reason: science supports massage therapists’ claims that massaging problem areas of the body can have a significant impact on pain and can help reduce inflammation. This is particularly important for individuals with rheumatoid arthritis, who are in constantly need of measures designed to prevent muscles and joints from becoming stiff and sore.

That said, not every massage therapist is the same — some are more experienced, while others specialize in providing treatment to people with certain ailments. Talk to your family doctor about getting a referral to a massage therapist who specializes in treating rheumatoid arthritis and related conditions.

For decades, Tai Chi was regarded as something a little too strange for North American tastes. Was it meditation? Was it exercise? Was it some kind of weird twist on yoga?

In some ways, Tai Chi is actually a combination of all three — it’s a little bit meditation and deep breathing, a little physical exercise and stretching, a little yoga. In any case, it’s been shown to help build muscle strength and flexibility while improving an individual’s overall balance. It’s not guaranteed to help every rheumatoid arthritis patient manage their symptoms, but it’s worth a try.

This slow, gentle martial art is easy on your joints. You’ll stand and do a series of gentle movements that are easy to modify if your joints are sore. It can help with strength, flexibility, and balance. There isn’t enough research to know if it works to curb RA pain, but it may be something to try.

If we told you there’s a natural supplement that, when taken, could significantly reduce the inflammation around your joints, would you try it? Now, what if that supplement came from something called the “thunder god vine?”

It’s an odd name, but tests comparing thunder god vine with sulfasalazine, a drug popularly used to treat rheumatoid arthritis, showed the former scored better results in reducing the symptoms associated with RA. Keep in mind, however, that side effects are possible and include upset stomach, headache, even hair loss. Run the idea by a doctor before starting to use this supplement on a regular basis, especially if you’re pregnant or trying to become pregnant.

There are some foods you can add to your diet that could help in your fight against rheumatoid arthritis. For the most part, these are foods that help with muscle development and reduce inflammation, both of which play a major role in intensifying the pain and discomfort associated with rheumatoid arthritis.

And that’s where turmeric, a yellow-orange spice best known for its role in Indian cooking, comes in. Hailing from India and Indonesia, turmeric has a unique appearance and flavor and can be found in many of this region’s most popular dishes. But it’s also used for medicinal purposes, as turmeric has been shown to help alleviate inflammation in the joints and may even rival some drugs in its capacity to do this. Today, with south Asian cooking becoming more mainstream, turmeric should be available at just about any grocery store.

For the past few decades, yoga has become progressively more popular in North America. And there’s some good reason for that: yoga challenges participants to put their bodies’ flexibility to the test and rewards them with, in many cases, a resistance to physical injury. But it’s also a great way to meditate and take your mind off the stresses of personal and professional life.

One simple way to reduce the inflammation and bring a soothing, cooling calm to your muscles and joints is to take a bath in water and epsom salts. When immersed in bath water, epsom salts dissolve and when this mixture is applied to the body, can sink in and soothe both the skin and muscles underneath.

Given the simplicity of this method and the low cost of epsom salts, this is a popular method for treating the pain, stiffness, and general discomfort associated with rheumatoid arthritis. In addition to helping treat rheumatoid arthritis pain and swelling, epsom salts are also used to reduce bruising, sore or torn muscles, skin conditions like psoriasis, and even sunburn. Soaking in a warm bath with epsom salts may also help alleviate stress and allow someone with insomnia trouble to enjoy a full night’s sleep.