What You Should Know About Rheumatoid Arthritis 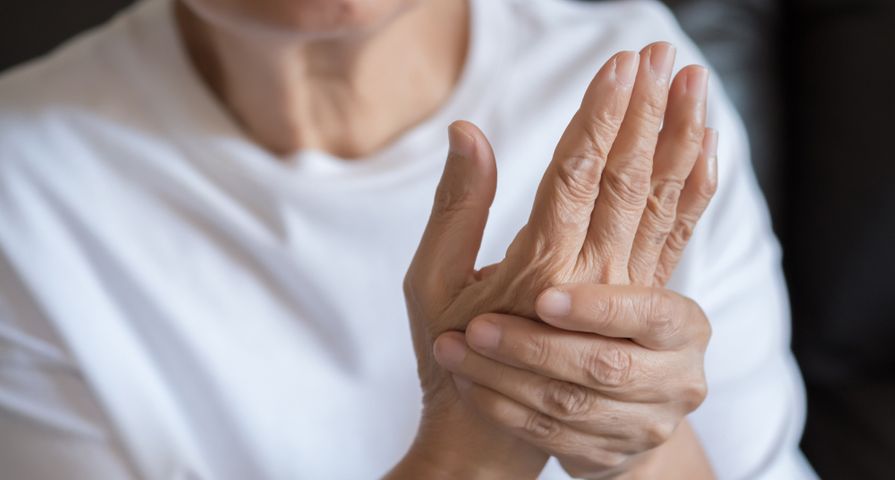 Rheumatoid Arthritis: Foods You Should Avoid

Rheumatoid arthritis is a common condition that occurs when the body’s immune system, which is normally responsible for protecting the body, turns on itself and begins attacking the body’s own tissues, namely the joints. The end result causes inflammation in the lining of the joints which can lead to pain, swelling, and redness.

Thankfully, there is an abundance of information available to help inform those who’ve been diagnosed with rheumatoid arthritis. Most people will begin to notice their symptoms between the ages of 30 and 60, but the disease can affect any age group and race. However, it is important to note that women are more likely to be affected, so they should be even more alert. Due to the wide range of risk factors, we all have the potential to be at risk for this condition at some point in our lives.

What is Rheumatoid Arthritis?

Rheumatoid arthritis is an autoimmune disease that causes the body’s immune system to attack the joints of the body. It can even damage body systems, such as the skin, eyes, lungs, heart, and blood vessels. This internal conflict causes a great deal of discomfort as the tissue lining the inside of the joint thickens, which then leads to swelling and pain. Due to the fact that it affects the lining of the joint, rheumatoid arthritis can cause bone erosion and joint deformity.

According to the Arthritis Foundation, there are approximately 1.5 million people in the United States who have been diagnosed with rheumatoid arthritis. Due to the fact that this condition is so prevalent, there are a wide range of treatments available that can help improve the quality of life of patients.

If the inflammation of rheumatoid arthritis goes untreated, it can damage the cartilage, which is the layer of tissue that cushions the ends of the bones. When cartilage is lost, the space between the bones narrows, causing them to rub against each other or move out of place. Even just the thought of this makes me wince! The cells responsible for causing this inflammation will also create substances that can damage the bones.

This condition affects all patients differently, but the most common warning signs are joint pain, warmth, swelling, and stiffness (especially in the morning or after long periods of sitting), as well as fever, fatigue, weight loss, and decreased appetite. The symptoms can range from mild to severe. WebMD also explains that the symptoms can come on gradually over the span of several years or happen quickly over a short period of time. They can occur in sporadic flare-ups where the symptoms only appear for a short period of time and then seemingly disappear or go into remission. Never ignore these symptoms, even if they aren’t always present.

One of the defining characteristics of rheumatoid arthritis is that any damage caused by this condition on one side of the body is likely going to be mimicked on the other side of the body. For example, if it occurs in the right hand, it will most likely also be present in the left hand. The same goes for knees or wrists. Healthline explains that this is how doctors typically distinguish between rheumatoid arthritis and osteoarthritis. The inflammation is often what causes other parts of the body to be affected as well.

It’s unclear what the exact cause of rheumatoid arthritis is, but it seems to be triggered by something that causes the immune system to attack the joints, and the body’s organs in some cases. WebMD says some experts believe it is caused by a virus or bacteria (particularly ones associated with periodontal disease) or a history of viral infection with the Epstein-Barr virus.

Other theories are a little more simple. For example, some suggest that smoking is what leads to rheumatoid arthritis or it could be caused by obesity, as well as any trauma to the bones, such as a fracture, dislocation of a joint, or ligament damage, explains Healthline.

It’s also believed that genetics play a role. For example, certain genetic patterns might make a person more likely to develop rheumatoid arthritis than others. For the most part, any person can get rheumatoid arthritis, but a family history of this condition will increase a person’s chances.

Unfortunately, there is no cure for rheumatoid arthritis, but there are many treatments that can help manage the symptoms. Most of these treatments focus on pain management and controlling the inflammatory response. This is important because it helps limit both joint and organ damage. According to Healthline, the most common forms of treatment are medications. In some instances, surgery might be required to correct any severe joint damage.

There are a few different types of medications that can be used. Each patient requires a different plan of action that will depend on the severity of their symptoms and the progression of their condition. Nonsteroidal anti-inflammatory drugs (NSAIDs) can help reduce pain and inflammation, where as steroid medications can reduce inflammation and pain, as well as slow down any joint damage. The Mayo Clinic says there are also disease-modifying antirheumatic drugs (DMARDs) that are prescribed in more serious cases to slow down the progression of rheumatoid arthritis and save the joints and other tissues from permanent damage. The last option for medication are biologic agents (a newer class of DMARDs), which work to target the parts of the immune system that are causing the inflammation.

Another option is therapy. A physical or occupational therapist can teach the patient certain exercises to improve their flexibility. The Mayo Clinic explains that therapy can help teach patients new ways to perform daily tasks, so they are more joint-friendly. They can also advise them on specific assistive devices available to help take some of the stress off their joints.

While being diagnosed with rheumatoid arthritis is extremely upsetting and uncomfortable, there are many things a patient can do to help improve their symptoms and quality of life. In addition to the treatment options we just listed above, there are a number of home remedies that patients can try on their own. Check out these natural remedies for rheumatoid arthritis!

There are several low-impact exercises that can help patients improve their flexibility and their range of motion. This will help with mobility. These exercises can also strengthen their muscles to help relieve some pressure. Ease into regular exercise with simple things, such as gentle yoga, tai chi, or even just a brisk walk.

The Mayo Clinic warns to avoid exercising joints that are already tender, injured, or severely inflamed. Check out these exercises to help manage rheumatoid arthritis!

Patients should make sure they are getting lots of rest, particularly during any flare-ups. Part of managing the pain associated with rheumatoid arthritis is to also learn how to manage stress. Getting lots of sleep will help reduce inflammation and pain, as well as manage fatigue. There are lots of simple and effective techniques that can help manage stress, for example, guided imagery, deep breathing, and muscle relaxation.

When experiencing a flare-up, try applying heat to the affected area to help ease the pain and relax your muscles. On the other hand, a cold compress can help dull the pain. It also has a numbing effect that can reduce swelling.

Causes Of Foot Pain You Can't Walk Off

The seeds of evening primrose, borage, and black currant contain a certain fatty acid that may help with the morning stiffness associated with rheumatoid arthritis. Similar to fish oil supplements, there are some side effects to these plant oils. They may cause headaches, diarrhea, and gas. Again, these supplements can interfere with some medications and even cause liver damage, so check with your doctor before taking any of these supplements.

The prognosis for rheumatoid arthritis is much better than it was in the past. Even though there is no cure, there are several different treatment options available for patients. Treatment options very much depend on the severity of the condition and how far it has advanced. Due to the advancements in technology and treatment, most rheumatoid arthritis patients are able to live a very full and active life.

It’s important to note that because the condition varies, the prognosis (in terms of quality of life) can also vary. Some people will continue to experience very mild symptoms, while others experience severe symptoms. Some patients will have periods of stiffness and inflammation, while other patients will develop complications, including psoriasis, cancer, heart disease, and others. The condition can also progresses differently. For those who experience a rapid progression throughout the stages, their condition will likely become worse over time.

Most people don’t have constant symptoms, but rather, they experience flare-ups and periods of remission. Even if your symptoms stop for a period of time, the problems associated with rheumatoid arthritis will continue to get worse over time. It’s extremely important that all patients receive treatment as early as possible in order to limit the damage to the joints and/or organs.