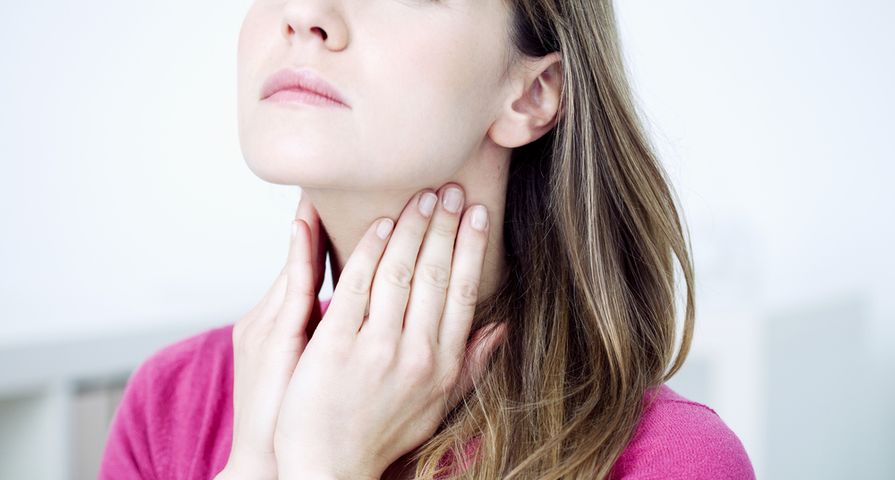 Cancer can present itself with many symptoms, and having one of the symptoms we’re about to list doesn’t mean it’s cancer – only a doctor can confirm that. However, there are particular signs unique to women that shouldn’t be ignored, as early treatment could make the difference.

Reader’s Digest says many of the upcoming symptoms are usually attributed to other health problems and it’s “easy to brush them aside,” but knowing your baseline health and what seems unusual is key. Here are 14 possible symptoms of cancer that women shouldn’t ignore…

Changes to the Breasts

Reader’s Digest notes that when it comes to self-scanning for breast cancer, the focus is usually on finding a lump. However, there are other oddities that may occur in the breasts that can give you a clue there’s a problem.

For example, dimpled skin on the breast, an inverting nipple, as well as swelling and tenderness could be a red flag, notes the source. You may even notice “slight discoloration of the skin to a deeper red or pink,” which could also indicate trouble, it adds.

Women often complain of feeling bloated, especially around the time of their menstrual cycle due to hormonal changes. WebMD explains that “women are natural bloaters,” and because of this, waiting 1 or 2-weeks to see if the bloating goes away is acceptable.

However, if the bloating persists, or if there’s bleeding or weight loss involved, then it’s time to bring medical professionals into the picture, says the source. “Constant bloating could be a sign of cancer, including breast, colon, gastrointestinal, ovarian, pancreatic, or uterine,” it notes. Scans may then be used to pinpoint the problem.

WebMD also explains that while women expect bleeding during their period, bleeding between periods is another story. This bleeding could arise in the form of “spotting” rather than heavy flow. Or any bleeding after menopause should be evaluated. (For more information, check out this article on Factors That Mess With Menstruation).

“Bleeding that’s not a part of your usual monthly cycle can have many causes, but your doctor will want to rule out endometrial cancer,” says WebMD, adding this could be a telltale sign of endometrial cancer (affecting the lining of the uterus).

AWomansHealth.com explains there is no recommended routine skin cancer screen or skin self-exams, there are some skin changes you should be aware of that may be linked to cancer – skin cancer in particular.

“The most common signs of non-melanoma skin cancer involve changes to the skin, such as a new growth, changes in an old growth, or a sore that doesn’t heal,” it explains. A mole on the skin can raise the alarm if it’s an irregular shape or a jagged border, is more than 1-colour, or is rapidly changing, it adds. Suspicious skin changes should be reported to your doctor.

The American Cancer Society notes that blood in your pee can be a sign of bladder cancer – but the good news is this symptom often helps doctors find the cancer early.

Blood in the urine, called hematuria, is often the 1st-sign of this form of cancer, it adds. “Sometimes, there is enough blood to change the color of the urine to orange, pink, or less often, darker red,” notes the source, adding that sometimes there are only small drops that show up in a urine test during a routine medical checkup.

In some cases, tumors of the colon only bleed a little, which may go unnoticed. Because of this, “evidence of the blood is found only during chemical testing of the stool, which is called a fecal occult blood test,” adds the source.

Your lymph nodes can be trying to tell you something if they begin to swell or feel tender, says WebMD. In some cases, it could be a sign of leukemia (blood cancer) or lymphoma, it adds.

Common places around your body to check lymph nodes include the neck near the jawline, above the collarbone, or in the armpits. If you’re unsure, you can ask your doctor to check your lymph glands for any irregularities.

The same source says this isn’t always a major problem if it happens occasionally – although it can make eating a little more daunting. However, if you’re regularly battling to get food down your gullet, then you might want to check in with your doctor – especially if you’re also experiencing vomiting or weight loss.

These can be signs of stomach cancer, it adds (lung and thyroid cancer may also have similar signs). The doctor may want to confirm this by using an endoscopy, which is a lit tube placed down your throat. The doctor may also resort to a CT scan of your neck, chest or abdomen.

People spend a lot of time, effort and money on losing weight through diets and gym memberships. If losing weight is your goal and you’re striving for it, then great. If you’re following a regular routine and find yourself dropping pounds without an obvious reason, then not so great.

“Weight loss or unusual changes to appetite can be a sign of many cancers – such as esophageal, pancreatic, liver, and colon – but it’s an especially common symptom of leukemia or lymphoma,” explains the article from Reader’s Digest. While losing 10 or 20-pounds without trying seems like a dream come true, it may turn out to be closer to a nightmare.

Heartburn – which is actually the burning feeling in your chest or esophagus from acid reflux – could be one sign of stomach or esophageal cancers, notes the BBC. If you have persistent heartburn (or trouble swallowing) for 3-weeks or more, go to your doctor, it urges.

The UK has high rates of both of these types of cancer in women and men, notes the BBC – which may be attributed to smoking, obesity, and regular alcohol consumption. Other signs include indigestion for 3-or more weeks, losing weight without cause, frequent belching, feeling full quickly, nausea/vomiting, or pain or discomfort near the upper stomach area, it adds.

It’s In the Mouth

We all accidentally bite our tongue or cheek once in a while, which is as annoying as it is painful – leaving you with temporary sores. But sometimes sores can appear on or in the mouth that don’t seem to have any cause – but they can be cause for concern.

For example, a cold sore that doesn’t heal, unexplained white or red patches on the gums or tongue, and swelling or numbness of the jaw can point to mouth cancers, says Reader’s Digest. If the sores stick around for longer than 2-weeks, see a medical professional.

Smoking and second-hand smoke can cause bouts of coughing, but even if you do smoke, persistent coughing is not normal. Healthline says that a “cough that won’t quit” – as opposed to a cough from a respiratory infection that usually clears up within 2-weeks – can be one of the early signs of lung cancer.

If you already suffer from smoker’s cough, pay attention to any changes in the cough – such as an increase in coughing or a deeper, more hoarse cough, it adds. If you’re coughing up blood or excessive mucus, don’t delay in making a doctor’s appointment.

The American Cancer Society explains that fevers are commonly associated with cancers, sometimes as an early sign of blood cancers, but especially after the cancer has spread from its original location. “Almost all people with cancer will have fever at some time, especially if the cancer or its treatment affects the immune system,” it adds.

If the immune system has been compromised, it will make it more difficult for your body to fight off infections, it adds. The purpose of a fever is for your body to raise its core temperature high enough to destroy certain viruses and bacteria. However, a fever on its own does not indicate cancer – but keep on eye on it.

Pain from cancers can rob you of quality sleep, and the emotional impact of having a potentially deadly disease can also leave you feeling wiped out, adds the source. Another problem with cancer is lack of activity and proper nutrition, which will decrease your overall energy levels.