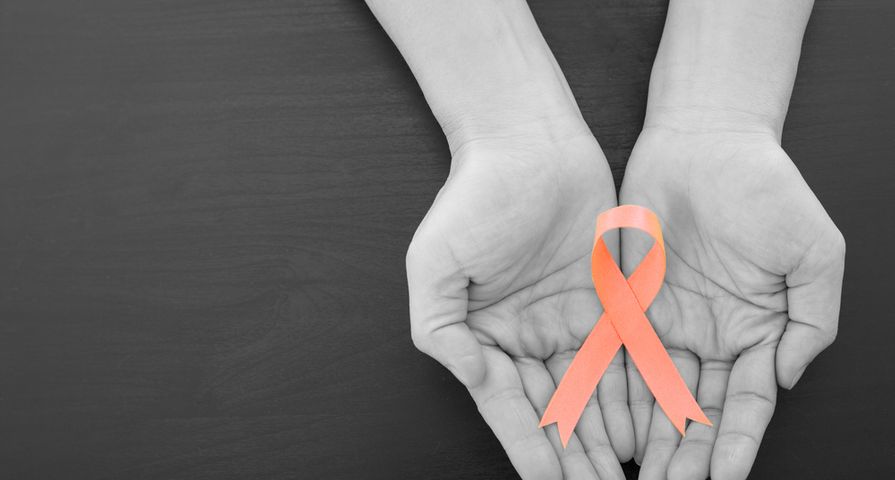 An early diagnosis can greatly increase your chances of successful treatment and remission. That’s why it’s important for women to know what symptoms to recognize and when they should see a doctor.

There are many signs of endometrial cancer a woman might experience. These signs can change depending on the growth of the cancer.

Abnormal vaginal bleeding, spotting, or discharge is the most common symptom women should be aware of, especially if it occurs after a woman has gone through menopause. In perimenopause or occasionally younger women, this could be menstruation-related and involve heavier, long lasting, more frequent periods, or bleeding in between periods.

Other symptoms of endometrial cancer include:

If the cancer has spread to other organs, women might experience weakness and pain in the lower abs, back, or legs. These symptoms should be consulted with your doctor as soon as possible to determine the underlying cause and find out if it’s related to endometrial cancer.

While there is no definitive cause of endometrial cancer, there are several risk factors that have been linked to this condition.

The chances of developing this cancer increases as you get older. It’s most common among post-menopausal women, as 60-years-old is the average age at which patients are diagnosed. Although statistics from the American Cancer Society show white women are more commonly diagnosed, black women have a higher risk of dying from endometrial cancer.

Other possible risk factors include:

While it’s more uncommon for women under the age of 45 to develop endometrial cancer, it’s still possible. Keep these risk factors in mind and don’t ignore the symptoms if they occur.

Testing for and Diagnosing Endometrial Cancer

When being tested for endometrial cancer, a patient will go through several procedures. It is best to see a gynecologist who will typically do a physical exam and health history to rule out any other possible cause.

A complete blood count will be done to check for anemia to find out if there is a mass or other thickness of the endometrium, a pelvic ultrasound will be completed. A biopsy might also be performed. This procedure involves removing some tissues or cells in the body and testing them in a lab to confirm if cancer cells are present.

In addition to these procedures, other tests might be completed to learn more about your condition and if the cancer has spread. Patients will then be labelled with one of three grades, from least aggressive to most aggressive.

When caught early, endometrial cancer is very treatable. It’s estimated that the five-year survival rating for localized cancer is 95-percent. The survival rate falls to 17-percent, however, if the cancer is diagnosed after already spreading to other parts of the body.

The severity of your condition and risk factors will be used to determine a course of action on how to treat the cancer. The treatment plan could involve only one or a combination of these methods.

A common treatment for endometrial cancer is surgery. In this procedure, doctors typically remove the uterus, including the fallopian tubes and ovaries, completely. Surgery alone might completely remove the cancer. However, it also makes it impossible for you to become pregnant in the future. Plus, your surgeon can also use the operation as an opportunity to check other areas for possible cancer cells.

Radiation therapy is another method that can be used to treat cancer.

Using high energy beams, radiation therapy targets cancer cells to eliminate them from the body. This might be done prior to surgery to shrink the cancer and make it easier to remove. Additionally, it can be performed after surgery to decrease your chances of cancer recurring in the future.

Chemotherapy targets cancer cells through oral pills or by inserting medicine through your veins. Similar to radiation therapy, this method might be used to reduce cancer cells before surgery or further prevent them from regrowing after surgery.

Other possible treatments for endometrial cancer include:

A patient might be admitted into palliative care to help manage the pain that can come from aggressive cancer treatments. This can help to improve the patient’s quality of life and hopefully help them live longer.

Although there is no exact way to prevent developing endometrial cancer, living a healthy lifestyle is an important part of lowering your risk. Being aware of bodily changes and having regular check ups with your doctors can help you to detect this cancer in its earlier stages.

While endometrial cancer is a serious condition, it is treatable. The survival rate is higher for patients whose cancer has not yet spread to other parts of the body. Your best chances of entering remission is by getting an early diagnosis and immediate treatment. So, make sure to visit your doctor as soon as you experience any of the symptoms.