Things You Likely Didn’t Know About Your Period 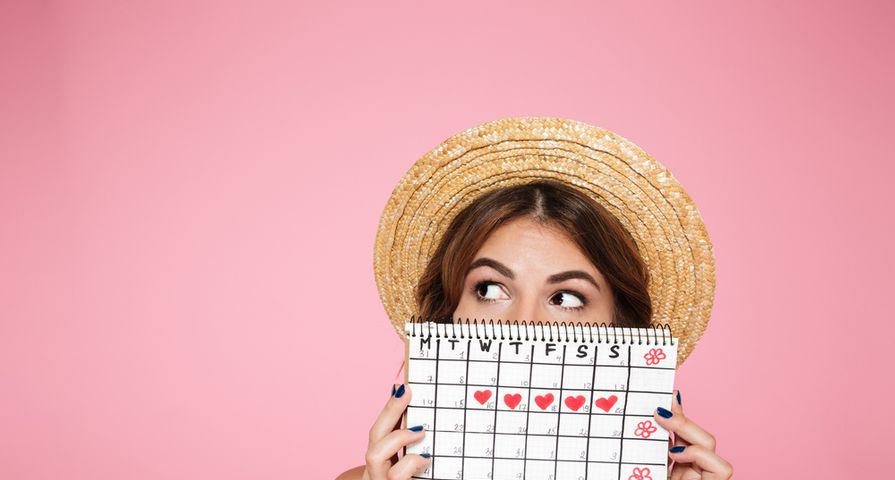 Even though most women in their childbearing years menstruate every month, chances are still a few things about your period that you didn’t know.

Girls Are Getting Their Periods Younger

It seems that where the average menstrual age for girls used to be 13 or 14 years old, girls are getting their periods younger. In 2014, the average American female begins menstruation at age 12, which may be caused by a combination of changing diets, environmental stress, and earlier rates of puberty. However, if you’re like me, I was surprised at age 10 by my period; whereas I had friends who waited until the age of 18 to menstruate for the first time.

Current research suggests numerous reasons why girls are now getting their periods younger. According to a 2012 article in Psychology Today, there may be links between early onset of puberty and inattentive or inconsistent parenting. Lower birth weights, exposure to chemicals like bisphenol-A (BPA), and childhood obesity have also been cited as possible causes, and several studies have found clinically significant relationships between early menstruation and lower socioeconomic status.

Just as various factors cause the onset of menstruation, period regularity can be different for every woman, and it can fluctuate at various points in life. Irregular menstruation can result in spotting, a late period, an unusually long or heavy period, or missing a period altogether. And it can be spurred by everything from stress and diet to sudden, significant changes in weight or taking certain medications. In particular, researchers have linked anti-epileptic drugs and antipsychotics to irregular periods. High levels of stress, eating disorders, and benign or malignant tumors can also cause symptoms.

According to the National Institutes of Health, menstrual irregularities can be triggered by medical conditions including poorly controlled diabetes, hypothyroidism, hyperthyroidism, polycystic ovary syndrome, and high levels of prolactin in the bloodstream. Periods also tend to be more irregular during adolescence and during perimenopause — the unique state a woman enters as she approaches menopause.

During the average period duration, a woman will commonly emit 2 to 4 tablespoons of blood in total. While it may seem like much more due to water retention, most women do not actually suffer excess loss of blood because of “heavy flow.” However, during a so-called “heavy period,” a woman may lose twice as much blood as she normally would, though even very heavy menstrual bleeding does not normally pose a serious health risk.

Signs of a heavy period include using abnormally high numbers of pads or tampons, or the need to pair both types of protection together to prevent flooding to clothes or bed sheets. In the majority of cases, there is no identifiable underlying cause for a heavy period, though there are correlations with certain factors. Uterine fibroids, blood-thinning medications and the use of non-progesterone intrauterine contraception can all increase menstrual blood flow. Orally administered emergency contraception also tends to cause heavier periods, which may last for several months.

Menstruation gets dubbed some pretty creative monikers. You may choose an alternative name to save your coworkers or your spouse embarrassment without meaning to come up with such hilarious code names.  What are the most popular in North America? Among them are Shark Week, Crimson Tide, “the rag,” TTOM (or that time of the month), and of course, good old Aunt Flo.

Some of the more creative entries on this list include “giving birth to a blood diamond,” “having your garage painted,” and “the tomato soup is on the boil.” Some of the zaniest euphemisms draw on popular culture; for example, “Kelly Kapowski can’t make it to cheerleading practice” and “postponing your visit to Maury’s ‘Not the Father’ week” are unusual but original alternatives. Of course, you could just “order your clams with red sauce” or “smoke a lady cigar” to get your point across.

If you think women are bashful about their periods in North America, consider what it’s like to have your period in other countries or under other faiths.  Menstruation is considered somewhat ritually unclean in certain (I said certain, not all) Hindu, Jewish, and Islamic cultures, and women are not permitted to perform certain religious duties (i.e., fasting or prayer) during menstruation. While Christianity has never outwardly declared menstruation to be “spiritually unclean,” the New Testament does contain a passage in which Jesus “cures” a menstruating woman (Mark 5:24-25).

These taboos have spilled over into the secular world. In a U.S. survey, a “substantial majority” of respondents said they felt it was inappropriate to discuss menstruation openly, particularly in front of a mixed group including men and women. While that survey was conducted in the early 1980s, there isn’t much to suggest that societal attitudes have shifted much in the past three decades.

There Are Plenty of Eggs in Your Basket

When it comes to counting the eggs in your proverbial basket—believe me, you are born with more than you’ll need. The average female is born with roughly 2 million eggs at her disposal. By the time she hits puberty, that number decreases to around 300,000. The rate at which women lose eggs depends on many different factors, primarily age and overall reproductive health.

One of the most interesting aspects of the egg production cycle plays out before a girl is even born. During the fetal stage, when a baby girl is still in utero, she may have as many as 7 million eggs in her body, a number which will decline by about two-thirds by the time she is born. However, since most women release only 400 to 500 eggs in a lifetime, there’s never any reason to fear you’ll suffer a shortage. But as women age, their egg quality diminishes.

You’re Sexier When You Ovulate

True fact: men find ovulating women more attractive! One study from the Psychological Science journal discovered that men’s testosterone levels soared when they caught a whiff of clothing worn by ovulating women. Conversely, men experienced lower levels of testosterone production when sniffing the clothes of non-ovulating women. This suggests a male biological urge to mate with women when they are at their most fertile.

Fortunately for the propagation of the human species, this principle works both ways. Anecdotal evidence suggests that women are more in the mood to do the deed when they’re ovulating, and science has even chimed in its support for that widely held opinion. Studies have shown that women in committed, happy relationships are more likely to wear revealing clothing and flirt with other men during ovulation. What’s more is that a woman’s libido intensifies during ovulation as she approaches her sexual peak between age 30 and 35.

If you’re a woman who works or lives with other women you know what I mean by the term “Alfa chick”—it refers to the woman who syncs up all other women to the same period start time so all women in the group menstruate at the same time. So is the Alfa chick real or myth? Even though research is still inconclusive, if you get your period at the same time as your sister or BFF, it certainly seems real.

Though the Alfa chick myth hasn’t been scientifically proven, folklore is filled with ways women can “synch” their cycles. For example, women have been matching their menstrual cycles to the phases of the moon for centuries. In modern times, a 1971 study also concluded that regular social contact with other women tended to lead to statistically significant matches in the menstrual cycles of the women in the group. Maybe there is something to this Alfa chick thing after all…

One more factor in favor of intercourse during a period is caused by hormone fluctuations. During menstruation, progesterone (the libido diminishing hormone) is at it’s lowest levels, so it’s quite common to feel amorous and crave physical intimacy during this phase of your cycle. Even though you’re statistically unlikely to get pregnant at this point in your cycle, you can still benefit from hitting the sheets, especially if you’ve been trying to conceive. Many women find that having sex just for the sake of pleasure is more fun and relaxing than it is when making a baby is the endgame.

However, there’s no question that your sex drive peaks during ovulation. If you’re actively trying to get pregnant, you should have sex within 12 to 36 hours of the onset of ovulation to give yourself the best chances of a successful conception.