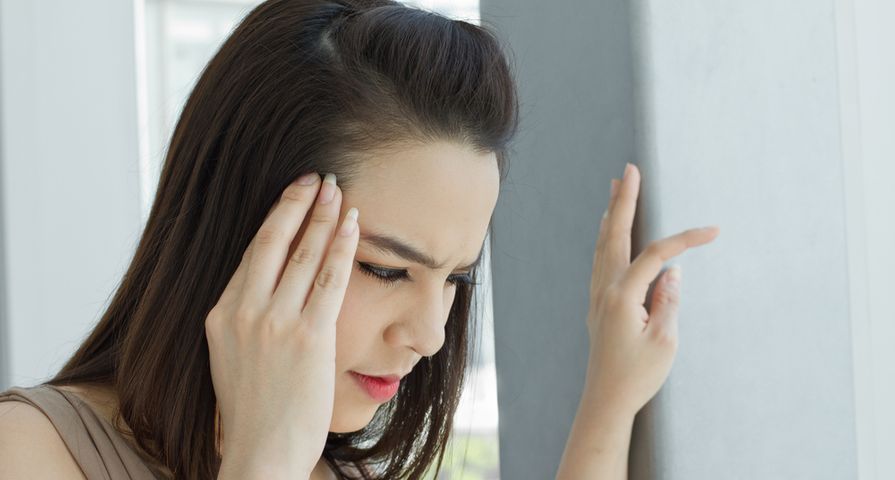 Even though balance erodes quite naturally and gradually with age, there are several health conditions that can set your equilibrium off kilter as they affect another bodily system that helps maintain proper stability.

Uncontrolled diabetes can wreak havoc on just about every organ in the body—causing vision problems, improper functioning kidneys, nerve damage, oral issues, and troubles with balance. Instability typically results from a combination of loss of sensation, or nerve damage, and inadequate blood flow to the bottoms of the feet.

Sadly, unmanaged diabetes will cause serious blood vessel and/or nerve damage, which can ultimately lead to severe foot problems and amputation.

The song was rather correct, “the ear bone is connected to the eye bone” and on and on, which is why the vestibular system, a maze-like bony structure in the ear impacts your vision and works to maintain proper balance. The Vestibular Disorders Association says the vestibular system is responsible for sensory information relating to motion, equilibrium, and spatial orientation. According to balance disorder specialists at Portland’s Oregon Health & Science University, this is why a simple ear infection can cause vertigo, an unsteady sensation from any condition affecting the inner ear and overall balance (i.e., a tumor).

The most common inner ear problem that affects balance is benign paroxysmal positional vertigo (BPPV) which according to the Mayo Clinic, occurs when “calcium crystals in your inner ear — which help control your balance — are dislodged from their normal positions and move elsewhere in the inner ear.” This source notes that this is the most common cause of vertigo in adults.

If you’ve ever suffered a nasty migraine, you know how the agonizing pain can cause motion sickness, vision issues, and even disruptions in balance as the sufferer becomes extremely sensitive to light and sound. Dizziness usually occurs when the body’s visual information system is unable to properly process exterior stimuli via the brain, needed to maintain proper balance.

A very obvious cause of balance issues can be blamed on a series of common foot conditions. Foot problems—ranging from bunions to corns and hammertoes to foot pain—can all mess with steady footing and increase the chances of a slip and fall.

Orthostatic hypotension occurs when there is a lack of blood flow to the brain and it can cause low blood pressure. This acute condition lowers the blood pressure in the arteries which then robs the brain of oxygen-rich blood. The result is light-headedness, impaired spatial awareness, dizziness and even fainting if sufferers sit or stand up too quickly.

According to Prevention, this condition is relatively common. The source cites a study that tested 938 people who were 40 or older and 21-percent showed signs of orthostatic hypotension. Those with low blood pressure typically read under 90/60.

Multiple Sclerosis is an autoimmune disease that affects the entire nervous system, including the brain and spinal cord. “The disease attacks myelin, the protective covering of the nerves, causing inflammation and often damaging the myelin,” writes the Multiple Sclerosis Society of Canada. So, what’s so important about the myelin? Well for starters it’s responsible for transmitting impulses through nerve fibres and any damage could have a major impact. In particular, any damage to the cerebellum, an important part of the brain, could affect a person’s balance and lead to a lack of stability or limb control. One of the first signs of MS is loss of balance or numbness on one side of the body.

Sadly there is no cure for MS at the moment, but thankfully there is a lot of awareness around this condition, mainly because it affects so many people, and of course ongoing research happening every day which brings us that much closer to a solution. Catching this disease early is the best way to manage any symptoms.

We’ve all heard those commercials that advertise medication and then recite off a long, never ending list of side effects that sometimes seem worse than the condition itself! While most medications are prescribed to help and heal us, many drugs carry side effects that can negatively impact our balance. For instance, the Centers for Disease Control and Prevention point to certain sedatives, antidepressants, antihistamines, and blood pressure medications that have been linked to vision issues, drowsiness, dizziness, and to causing damage to the inner ear (our balance center).

“If people are drowsy from medications then it affects their reaction time. So they won’t be able to balance as well in the case of sudden disturbances,” says Kim Bywater, MS, a licensed occupational therapist and Balance Center coordinator at Mohawk Valley Health System in Utica, NY when talking to Prevention. Daniel Gold, DO, a neurology professor at Johns Hopkins school of Medicine also told the source that the worse off a person is, meaning the more medication they’re taking, the more likely this is to happen. “They may interact and bad reactions, including balance issues, can be amplified,” says Gold.

We’ve already established that certain conditions can mess with our vision and lead to balance issues (i.e., diabetes). However, the eyes themselves can also be the gateway to dizziness and loss of equilibrium if vision becomes impaired in some way. It can be easy to lose steadiness if our sight or even focus becomes impaired. Sometimes the solution is as simple as getting the right pair of glasses, but other times it can be due to something more serious, like an eye disease.

Optometrists say that yearly eye exams are vital to identify and prevent conditions like glaucoma and cataracts from messing with depth perception and healthy sight. In most cases, when diagnosed early, successful cataract surgery will help to fully restore balance.

While this one is much more unlikely than some of the other health conditions on this list, it does happen. The health condition surrounding nerve damage is called Peripheral neuropathy. Prevention says it’s common in diabetics, but can also be caused by infection, vitamin deficiencies, genetic disorders, alcoholism, or other trauma that inflicts nerve damage. Not surprisingly, when nerves that are used for movement or muscle control are affected, it can result in a lack of coordination or balance. “When we’re not getting feeling from our feet, we’re not getting feedback from those nerves to our brain — and that’s one-third of our balance right there,” says Bywater to Prevention.

Prevention lists other signs of Peripheral neuropathy like sharp pain, dizziness, muscle weakness, stomach problems, numbness in the hands and feet, excessive sweating, and sensitivity to touch. While nerve damage is almost always irreversible, catching it early can help treat the symptoms.

Issues originating in the nervous system can be the culprits of many postural and balance problems. For instance, a diagnosis of multiple sclerosis (MS), Parkinson’s disease, stroke, or other ataxia-related disorders (atrophy of the brain’s cerebellum cells) often experience a decline in muscle control in the legs and arms, resulting in loss of balance, disturbed gait, and decreasing posture, coordination, and equilibrium.

Parkinson’s disease has a huge impact on balance and coordination because it affects the “substantia nigra” which is the part of the brain that produces dopamine, which is what allows us to perform smooth and coordinated muscle movements. “In PD, the cells of the substantia nigra start to die. When this happens, dopamine levels are reduced. When they have dropped 60 to 80 percent, symptoms of PD start to appear,” writes Healthline.

Definitely don’t go self diagnosing yourself with a brain tumor, especially since there are many other explanations for a lack of balance. It could be due to a slew of other problems, like any of the others listed above. The brain is one of the most important organs when it comes to body function and that’s because it’s linked to our central nervous system. Certain areas of the brain are responsible for movement and coordination, so if a tumor is sitting in the “right” spot it can affect balance and vertigo.

Jamie Bogle, PhD, senior associate consultant at Mayo Clinic Arizona told Prevention that an acoustic neuroma is the perfect example of how a brain tumor can affect balance. It grows on the main nerve connecting the ears to the brain, so it has a huge impact on balance signals in the inner ear. The acoustic neuroma is only one of many other tumors that can grow in different areas of the brain and also have an impact on balance and coordination.

The Mayo Clinic says Ramsay Hunt Syndrome is also known as herpes zoster oticus. The symptoms are similar to shingles, which includes a nasty rash, but also include — weakness, hearing loss, and ear pain. The same source goes on to say it can affect the “facial, auditory and vestibular nerves near one of your ears.”

So who’s at risk? WebMD explains that it usually originates from a shingles virus that affects the facial nerve. On top of all this, it also has a big impact on balance and can cause vertigo or tinnitus.