What to Know About Cataracts 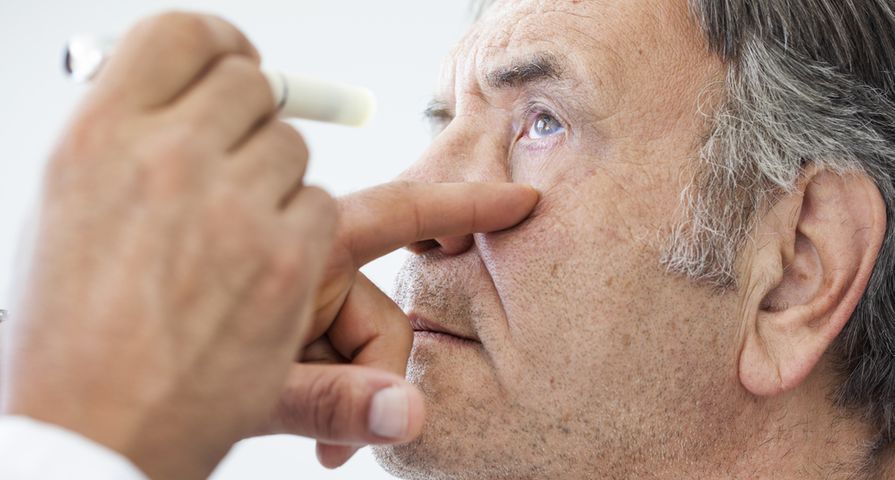 The emergence of age-related health conditions is one of the unfortunate parts of growing older. The list of health issues related to aging ranges from diabetes to dementia to cardiovascular problems. In addition to all that, the process of aging can also affect our vision in the form of cataracts.

Many people experience cataracts in their golden years. Thankfully, there are now many ways to identify and treat this often aggravating condition. The key is to know what the signs of cataracts are and how to take the right steps toward resolving the issue…

What Is a Cataract?

Put simply, a cataract is a clouding of the lens, which can progressively affect vision. Normally, a person’s vision would be clear. However, as we age, proteins in the eye can begin to deteriorate, causing our eyesight to worsen and become blurry. In essence, it’s like going from high-definition video to standard definition video.

In most cases, cataracts develop slowly over many years, which means many people may not even realize they’re affected by the condition. In many cases, the condition appears in a person’s later years: age 60 to 80.

Doesn’t Form ON The Eye

There’s a big misconception out there that cataracts are something that forms on the (surface of the) eyes, especially since it can cause the eye to appear a little cloudy. This leads people to believe the foggy coating is on top of the lens. In actuality, cataracts occur inside the eye. “That’s the most frequent misunderstanding I encounter,” says Stephen Foster, MD, a Clinical Professor of Ophthalmology at Harvard Medical School and founder of Massachusetts Eye Research & Surgery Institution, when talking to Prevention.

The cloudy appearance that distorts a person’s vision is caused by the deterioration of proteins, which are normally crystal clear. “You can’t feel a cataract, and it could take months or years to progress to a stage where you require surgery to remove it,” says Dr. Foster.

Contrary to popular belief, cataracts are not caused by overuse of the eyes. You cannot get cataracts by reading too much, watching too much television, using the computer too long, or sleeping too little.

However, cataracts can be the result of some lifestyle choices. According to MedicineNet.com, smoking or drinking can heavily influence the development of the condition. Making poor dietary choices can also contribute to the development of cataracts. It may also be genetic, meaning people whose parents had cataracts should consider being tested. It could also be due to significant eye injuries (such as being hit in the eye), diabetes, or over-exposure to ultraviolet (or sun) light.

Who Is at Risk?

In most cases, age is a huge risk factor. WebMD points out that over half of Americans over the age of 65 have cataracts. That’s A LOT.

According to Healthline, the following behaviors can also increase a person’s risk of developing cataracts: too much time in the sun without protection, smoking, high blood sugar, steroid medications, and exposure to radiation. In rare cases, some babies are born with cataracts or children might develop them due to an injury or illness, explains WebMD.

What Are My Chances of Overcoming Cataracts?

If you’ve been diagnosed with cataracts, don’t fret. Surgery is relatively straightforward, and it can also help to improve your overall vision and may reduce the need for corrective lenses. Surgery is generally performed on an outpatient basis using local anesthesia, which means you should be able to go home on the same day the procedure is carried out.

That being said, surgery is always serious, even when the procedure is minor. Be sure to have a detailed conversation with your doctor (or doctors) about the most appropriate time to take this significant step.

There are several different types of cataracts, according to WebMD. The most prevalent is age-related, meaning that the condition emerges as people enter their 60s and 70s. Another type is traumatic, which means the condition emerges as the result of a serious eye injury, which can appear in athletes or people employed in jobs where the eye is exposed to threats.

There are also congenital cataracts, which affect babies in their first year of life, but this is far less common. In addition to these, there are radiation cataracts which develop after exposure to radiation, and lastly secondary cataracts. This one can usually be linked to medications (i.e., corticosteroids) or a disease, such as diabetes.

What Are the Signs and Symptoms?

The most obvious sign of cataracts is the clouding of the vision. This may mean several things, and vision could appear generally blurry or spots may appear. Colors may also appear faded or less vibrant than before.

Other symptoms of cataracts include sensitivity to light. For example, at night halos may appear around street lights. Additionally, if someone is finding that they must frequently update their eyeglass prescription, without always helping to improve their vision, they may need to see an optometrist about the issue and ask specifically about cataracts.

Healthline also lists double vision in a single eye, fading or yellowing of colors, seeing “halos” around lights, needing brighter lights for reading, and difficulty seeing at night (particularly while driving) as potential symptoms of cataracts.

It Can Affect Just One Eye

Another popular misconception is that cataracts happen in both eyes simultaneously. This is not true. In fact, a person can have cataracts in only one eye. While it’s not as common as “bilateral” cataracts, it does happen. “Especially if you’ve suffered some kind of blow or trauma to one of your eyes, that may result in a cataract developing in one eye but not the other,” says Stephen Foster, MD, to Prevention.

How Do I Know If I Have It?

There are a number of ways to test for cataracts. The first and best approach is to make an appointment with your eye care professional, either an ophthalmologist or optometrist. They can scan the eyeballs to see how different lighting conditions affect the eye and determine if you have cataracts, simply need a new prescription, or are dealing with another eye problem.

You won’t be able to determine whether or not you have cataracts without having a full eye exam. If you suspect something is wrong, visit an eye doctor and have them take a look. Also, don’t panic just because your vision has suddenly appeared slightly blurry in recent days or weeks.

It’s also important to note that cataracts can affect people differently. For some people, it affects their vision all the time, while others might only experience symptoms at certain times, such as when driving at night. “I’ve had cataract patients with 20-20 vision,” says Dr. Foster to Prevention. He adds, “I just saw a patient who complained about difficulty seeing when driving at night. His vision was perfect most of the time, but he had a particular type of cataract that causes light scatter.”

How is it Prevented?

Because this condition often appears in older people and is often related to a family history of eye issues, it can be very difficult to prevent the issue from developing. However, there are several basic eye safety steps that can and should be taken. (Check out our article on Best Ways to Prevent Cataracts).

For one, always wear sunglasses when going outside for extended periods of time, particularly in the summer. Second, protect your eyes when playing sports or working in environments (i.e., construction sites) where damage to the eye is possible. Third, avoid smoking and drinking excessively and watch your diet, particularly if you’re diagnosed with diabetes.

What is the Treatment?

For some people, the vision loss they experience due to cataracts can be helped with glasses or contact lenses, but there is also the option of surgery. Surgery involves removing the cloudy lens and replacing it with an artificial one, explains WebMD. The source also states that it’s totally safe and extremely effective.

There are two different types of cataract surgery. The most common type is called phacoemulsification (phaco) or Ultrasonics. “The doctor makes a tiny incision in the eye and breaks up the lens using ultrasonic waves. The lens is removed, and an intraocular lens (IOL) is put in its place,” writes WebMD. “In most modern cataract surgeries the IOL eliminates the need for thick glasses or a contact lens after surgery,” adds the source.

WebMD goes on to discuss the recovery period after surgery and states that most patients require about 8-weeks to heal completely, but vision is typically restored quicker than this. A person will experience a little bit of light sensitivity and itchy eyes. You might also be prescribed eye drops and be required to wear an eye shield or glasses for protection.

Not Everyone Has Surgery

Another common misconception is that everyone with cataracts needs to undergo surgery. That’s also not true. People can have cataracts to varying degrees, particularly in the beginning when they might not even know they have it because their vision isn’t even affected. “Many people put off surgery for years,” says Dr. Foster to Prevention.

You might think that putting off surgery can be dangerous and risky, but it actually doesn’t make too much of a difference. “I always say that if a cataract affects your quality of life, then we need to make plans to take it out. Otherwise, we can forget about it until your next appointment.”