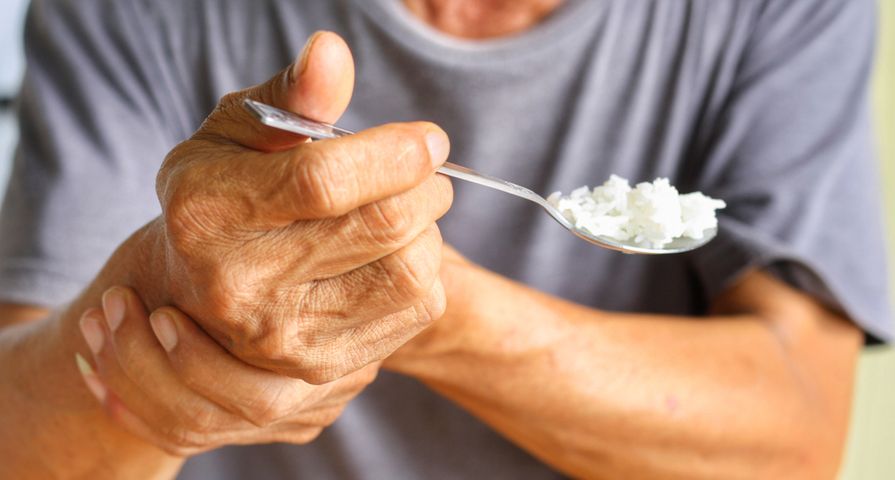 Parkinson’s disease—a chronic and progressive brain disorder that causes loss of muscle control—affects nearly one million people in the U.S. This disease results in the death and malfunction of nerve cells in the brain, many of which produce dopamine, a chemical responsible for controlling movement and coordination.

While it’s common for someone to experience trouble sleeping on occasion, if it occurs more often than not it may be a sign of Parkinson’s disease. Kicking, shouting, or grinding one’s teeth while asleep may indicate a condition called rapid eye movement behavior disorder (RBD).

RBD is particularly concerning because, according to the Northwest Parkinson’s Foundation, approximately 40-percent of those with RBD eventually develop Parkinson’s disease. The source adds that other sleep disorders, such as restless leg syndrome and sleep apnea, are also common early indicators of Parkinson’s disease, often many years in advance.

As Parkinson’s disease compromises the body’s nervous system, which is responsible for proper digestion and bowel function, constipation is another early warning sign of the disease.

Reader’s Digest notes that while constipation on its own is quite common, if it’s also accompanied by symptoms such as “difficulty sleeping and trouble moving or walking,” then it may be cause for concern.

Early on, Parkinson’s disease may impact the movement of the small muscles in the face. This can affect a person’s facial expressions, often leaving them with a very serious look or blank stare on their face.

The Northwest Parkinson’s Foundation says, “It’s easiest to recognize by a slowness to smile or frown, or staring off into the distance,” along with less frequent blinking.

Although doctors have yet to completely understand the connection between mood disorders and Parkinson’s disease, they are a common early indicator. A person may experience symptoms such as depression, social withdrawal or heightened anxiety in new situations.

Reader’s Digest notes that Parkinson’s patients “tend to feel apathetic and generally disinterested in things they used to enjoy,” which are similar to the symptoms of sadness or helplessness that those with primary depression often feel.

The source says that doctors believe this occurs because the nervous system may not be producing or releasing enough norepinephrine, “a chemical that ‘talks’ to sensors on your blood vessels telling them to tighten, or constrict, which raises your blood pressure and brings blood back up to your brain.” Insufficient blood flow to the brain can cause dizziness, lightheadedness, and even fainting.

As Parkinson’s disease increasingly affects the body’s nervous system, changes to the skin and sweat glands may become apparent. For instance, some people may find they sweat uncontrollably without cause. Women with this symptom, which is medically referred to as hyperhidrosis, may liken it to the hot flashes experienced during menopause.

When it comes to skin changes associated with Parkinson’s disease, people may find that their skin becomes noticeable oily, sometimes even on the scalp, which can result in dandruff.

Changed handwriting might seem like an odd symptom, but it’s a reliable indicator of Parkinson’s disease. “Teachers with Parkinson’s will notice students complaining that they can’t read their handwriting when they write on the blackboard,” says Deborah Hall, MD, a neurologist at Rush University Medical Center in Chicago, who spoke to Reader’s Digest about the disease.

The Parkinson’s Foundation advises people to look for small handwriting. Patients who are beginning to experience the symptoms of this disease will notice their writing has gotten much smaller and a lot closer together. It’s important to note that smaller handwriting is normal with age, especially as our joints get stiff and our vision depletes, so it’s best to take this symptom into consideration along with the others on this list.

There are many instances when a little shaking in the hands is normal. It can happen after exercise, as a symptom of medication, or following an injury. What is not normal is a noticeable shaking or tremor in any of your fingers, thumbs, hands, or even chin while they are at rest.

Reader’s Digest points out that roughly 70-percent of people who suffer from Parkinson’s experience tremors while they are resting. These tremors become more prominent when their emotions are heightened such as during stress or excitement. Not surprisingly, tremors are usually the most noticeable and widely recognized symptom of Parkinson’s, and more often than not, they don’t show up until the disease has already progressed. Many people note that the other symptoms on this list show up before any of their tremors begin, so be aware of a loss of smell, sleep, or any mood disorders.

Bad posture is something a lot of people suffer from, especially those of us who work at a desk all day long. It’s also a symptom and early warning sign of Parkinson’s disease. Healthline notes that it’s not something that will happen overnight. In many instances it will occur slowly at first, until it becomes noticeably worse.

The source also points out that this stooped posture is typically due to the fact that someone with Parkinson’s is beginning to lose control over their coordination and balance. Someone who has a stooped back due to injury or just a day of bad sitting will eventually be able to straighten their back, whereas someone who’s suffering from Parkinson’s disease won’t.

This early warning sign often goes hand in hand with “masked face.” Parkinson’s disease has the ability to generally slow everything down in the body, not only physically in the sense of making it hard to move but also in terms of a patient’s voice. People who are suffering from Parkinson’s disease often begin to speak slower and develop slurred speech. These changes don’t become too prominent until the later stages of the disease.

According to Healthline, a person’s speech might seem fine at first. They will still speak clearly, but they might begin to talk a lot softer.

We all get a little stiff with age or first thing in the morning, but when it comes to Parkinson’s disease, the stiffness is noticeably worse and doesn’t seem to get any better as the day goes on. It makes mundane tasks such as getting dressed, brushing your teeth, and cutting up food extremely painful and difficult. This stiffness is a result of “impairment of the neurons that control movement,” says Healthline. A person who is developing Parkinson’s will start having jerkier and overall more uncoordinated movements.

The National Parkinson Foundation warns readers to keep an eye out for signs such as not being able to swing your arms while walking or feeling like your feet are “stuck to the floor,” or listen to other people when they comment on your stiff posture.