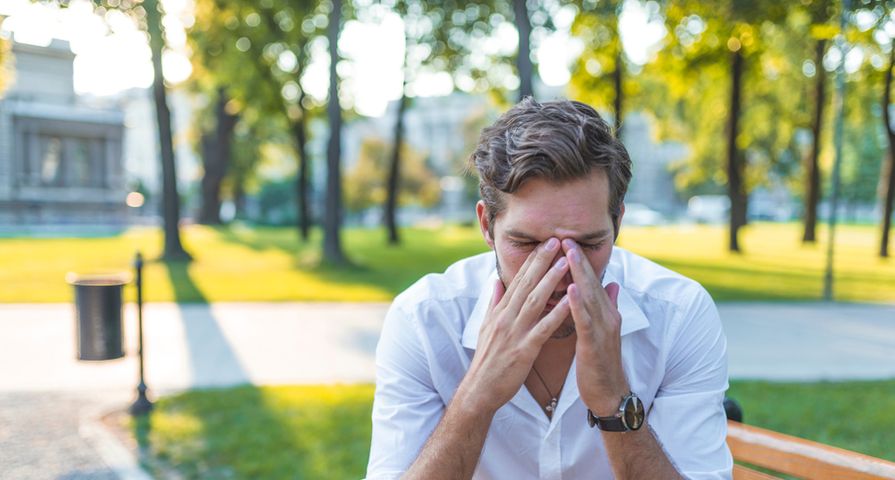 So, your doctor has told you that you have hyperuricemia. It might sound scary, but it refers to high uric acid that can lead to a number of health issues such as gout or it can be a sign of existing issues.

Luckily, there are adjustments you can make to your diet to help prevent complications. There are also treatments available if the problem has developed into something more serious. Read on to learn more about high uric acid, and what to do about it…

What Is Uric Acid?

Uric acid is produced when breaking down purines. Purines are formed and broken down in the body and are also found in certain foods like some types of meat, dried beans, alcohol, and more.

In a normal scenario, the uric acid is then carried through the bloodstream into the kidneys where the majority is filtered out.

What Is High Uric Acid?

But sometimes the body produces too much uric acid or can’t get rid of it properly. When this happens, uric acid can build up in your blood. High levels of uric acid for males are above 7.0-mg/dL. Whereas high levels for females are above 6.0-mg/dL.

Medical News Today explains there can be several possible causes of hyperuricemia. For example, there are “genetics and environmental factors” (including diet) that can be risk factors.

The source names metabolic syndromes (that could cause resistance to the glucose-regulating hormone) as being a possible cause. Other risk factors include high blood pressure, use of diuretic medications, and being male.

Kidney disease could also be causing high levels of uric acid. This condition damages the kidneys and stops them from functioning properly, which leads to a buildup of uric acid in the blood.

Prolonged stress could have several negative effects on physical health. Healthline explains that stress, as well as not enough rest and exercise, can cause inflammation that could “set off a high uric acid level.”

What Are the Symptoms of High Uric Acid?

As noted earlier, you may have higher than normal uric acid levels without knowing it. But some signs might give you a hint, especially if you’ve had high uric acid for an extended period of time.

For example, you might develop gout, which can cause painful, swollen joints (caused by a buildup of urate crystals), according to Medical News Today. Meanwhile, high levels of uric acid can also result in kidney stones, which can have signs including back pain, frequent urination, blood in the urine

Cleveland Clinic explains that high uric acid can be determined by a simple blood test. However, you may have come to the doctor for another problem such as a painful kidney stone. In this case, the stone may be tested to see if uric acid was a factor in its development.

Meanwhile, gout is a complication of high uric acid that is diagnosed in another way. The source explains gout is confirmed if uric acid crystals can be seen in the fluid drawn from a joint. Gout can also be detected through medical imaging such as an X-ray or ultrasound, it adds.

How Can High Uric Acid Be Prevented?

The source also explains that it might be recommended to lose weight to help control high uric acid. Low-impact exercises such as walking and biking can also help protect the joints. You can also make changes to your diet, which we’ll explain in more detail next.

Medical News Today says that many foods contain purines, but you can follow a “low purine diet” that could be beneficial. The source notes “moderate or high levels” of purines are found in bacon, organ meats, turkey, and certain seafood such as shellfish, trout, haddock, sardines, and herring.

The source also says the low-purine diet includes avoiding fatty foods such as fried food and full-fat dairy. Alcoholic beverages (beer and whiskey in particular), as well as sweetened drinks like soda and fruit juice, should also be removed from the lineup.

The same source has some recommendations for foods to eat on a low-purine diet. They include drinking plenty of water to help flush out uric acid. Beyond that, you can eat low-fat dairy (such as milk and yogurt), as well as grains and starch including bread, pasta, and potatoes.

The source says you should also increase your intake of fruits and vegetables, and look for good sources of vitamin C such as oranges, strawberries, and bell peppers. Coffee, tea, and “carbonated beverages” (likely not the aforementioned soda) are also on the “good” list.

Check Your Medications and Supplements

Healthline explains that some of the medications you’re taking for other conditions might actually be causing a buildup of uric acid. More specifically, it names diuretics, immunosuppressants, and chemotherapy drugs as the main culprits. Aspirin can also raise levels, it adds.

Meanwhile, some of the vitamin supplements you’re taking could also be a factor. Supplements of vitamin B-3 (also known as niacin) in particular can be the issue.

Mayo Clinic explains, “Having a high uric acid level is not a disease or a condition that necessarily needs to be treated or searched for in the absence of other symptoms.” However, if you experience symptoms of a gout attack, or have a kidney stone, your doctor may check for high uric acid levels.

Further, if you use any of the medications or supplements mentioned above and have high uric acid, talk with your doctor about alternatives.