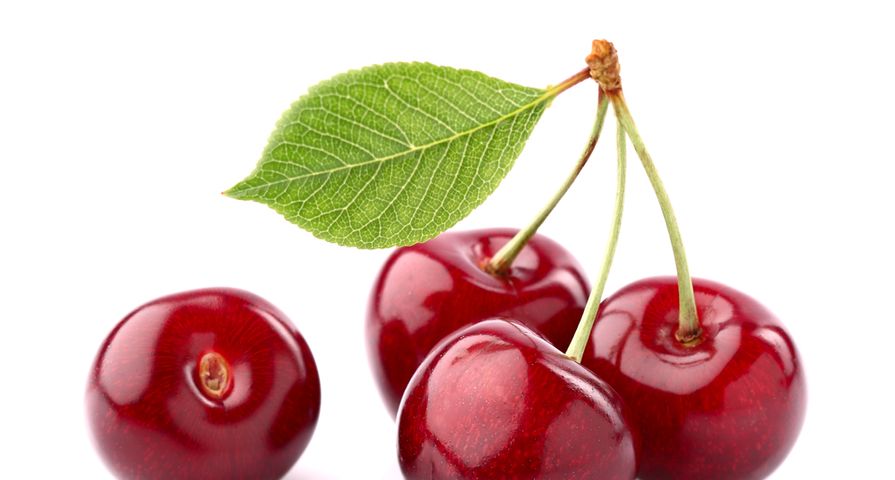 Gout is a type of arthritis that causes sudden and severe bursts of pain in the joints which leads to swelling and inflammation. More often than not, gout occurs in the big toes, but it can also appear in the fingers, wrists, knees, and heels. It can be an extremely painful and uncomfortable condition, and unfortunately, it’s quite common. Healthline reports that it affects an estimated 8.3 million people, and that’s just in the United States! Thankfully, gout is a manageable condition, but it does take some work.

Because the symptoms can come on suddenly and without notice, they are often referred to as “attacks.” These attacks occur “when there is too much uric acid in the blood. Uric acid is a waste product made by the body when it digests certain foods,” writes Healthline. With that being said, it shouldn’t come as a surprise that gout can be somewhat controlled through diet. In addition to taking medication, the patient can reduce the amount of flare-ups they endure by following a gout-friendly diet, as well as a few lifestyle changes.

If you’re not sure what makes for a gout-friendly diet, do not fret! We’ve compiled a list of foods that are good (or safe) to eat, as well as all the foods to avoid. Check it out:

Unlike some of the bad foods on this list that increase uric acid levels, vitamin C actually works to decrease these levels and prevent gout attacks. Everyday Health says the Canadian-American research found that men who ate at least 1,500 milligrams (mg) of vitamin C a day reduced their chances of developing gout by 45-percent. This was against men who got less than 250-mg a day. You’ll see later on in this article that fructose, an ingredient in fruit, is actually bad for gout, so it’s important to choose specific fruits that have a lower amount of fructose when possible. The best options are oranges, grapefruit, pineapple, and strawberries. Vegetables that are high in vitamin C are broccoli and red pepper.

The Arthritis Foundation says most studies recommend getting about 500-mg per day, and while it is possible to get vitamin C through a supplement, Everyday Health advises talking it over with a doctor to figure out the right dosage. Vitamin C is helpful in the fight against gout, but too much of it can be harmful. It could do the opposite of what we want by increasing uric acid levels and potentially trigger a gout attack.

Drinking lots of water is something we all need to do. The recommended amount for the average person is eight glasses, but someone who suffers from gout should probably aim for about 12. During a flare-up it should be increased to 16 glasses because the water will help flush the uric acid from your system. A 2009 study showed that every time a gout patient drank a glass of water leading up to an attack, their risk for a recurrent attack decreased. “For example, those who drank five to eight glasses of water had a 40-percent reduced risk of a gout attack compared with those who drank only one glass of water or less in the prior 24 hours,” writes the Arthritis Foundation.

No matter what, water is the safest thing for a gout patient to drink because it has nothing added to it and is completely calorie-free. If you find it hard to drink plain water, try adding some lemon or fruit to sweeten the flavor and make it more appealing.

There are at least a few different studies that show cherries are beneficial for people with gout. The Arthritis Foundation lists two in particular. In 2010 a small study was presented at the European League Against Rheumatism which found that patients who consumed only a tablespoon of cherry juice concentration twice a day experienced at least a 50-percent reduction in their gout attacks. The source also cites a 2012 study where people who consumed cherry extract or cherries “had fewer gout attacks in the two days following cherry ingestion than during the two days following periods when they didn’t ingest cherries or cherry extract.”

A good rule of thumb to follow with berries is, the darker the berry, the better they are at fighting inflammation and cherries are one of the best, says Nathan Wei, M.D., director of the Arthritis and Osteoarthritis Treatment Center of Maryland in Fredrick when talking to Everyday Health. Their anti-inflammatory health benefits come from their anthocyanins which are plant pigments. Strawberries and blueberries also have them, but because cherries are darker, they contain more. To reap the most benefits out of cherries, eat them on a regular basis. Dr. Wei told Everyday Health he recommends eating about 1/2 to 1-cup of cherries or other dark berries every day. If you don’t like cherries or are hard to find out of season, try cherry juice or cherry supplements.

If you’re like me, every morning starts with a nice hot cup of coffee. Good news — that daily cup of coffee could be a good thing! The Arthritis Foundation states that people who’ve been drinking coffee for a long period of time are less likely to develop gout than those who don’t. Unfortunately, it’s unclear whether coffee will prevent further attacks for people who’ve already been diagnosed with gout. You still shouldn’t be drinking too much coffee, but having that one or two a day shouldn’t do any harm when it comes to gout.

You’d be hard pressed to find anything bad about eating lots of vegetables and when it comes to the gout-diet they hold up their reputation! Fill up on peas, beans, lentils, spinach, mushrooms, cauliflower, tofu, as well as some other leafy and starchy vegetables. You might be wondering about the purine content in veggies. What’s interesting about vegetables is that even the ones that are high in purines are good for gout patients. This is odd because purine is usually bad for gout. In fact, the Arthritis Foundation points out that doctors used to even advise gout patients to steer clear of vegetables like mushrooms, asparagus, and spinach because of their high purine content, but research from 2012 shows there is no correlation between gout and the intake of these veggies. “It may be because the beneficial compounds in these foods may offset the effects of the purine content, which is much lower than in meats,” writes the source.

Dairy is a good thing for gout sufferers to have in their diet because low-fat dairy products have been shown to actually encourage the body to dispose of uric acid through urine. According to the Arthritis Foundation, “studies show that drinking low-fat milk and eating low-fat dairy can reduce your uric acid levels and risk of a gout attack. The proteins found in milk promote excretion of uric acid in the urine.” The same source says this could be explained due to its high protein and low purine content.

It can be hard to avoid drinking alcohol. For many people it’s a way for them to unwind after a long week at work or a main component of socializing with others. The Mayo Clinic says it’s okay to indulge in alcohol if it’s in moderation, but “beer and distilled liquors are associated with an increased risk of gout and recurring attacks.” People who suffer from gout should avoid beer in particular. The Arthritis Foundation warns that beer has a high purine content which converts to uric acid, so it promotes uric acid to crystallize. The source cites a study that found beer raises uric acid by 6.5-percent and non-alcoholic beer raises it about 4.4-percent.

Everyday Health talked to Zorba Paster, M.D., clinical professor in the University of Wisconsin’s School of Medicine and Public Health in Madison who advises no more than two drinks a day. Anything more than that will cause a gout attack. If you still want to enjoy drinking alcohol, choose wine over beer. “Moderate consumption of wine doesn’t appear to increase the work of gout attacks,” writes Mayo Clinic. Avoid alcohol completely when going through a gout attack.

Organ meat isn’t a very popular dining choice for many, but for some they are a dinning delicacy. Unfortunately, if you suffer from gout and are one of those people who enjoy eating liver, kidneys, or any other type of organ meat, you should probably stop. The Arthritis Foundation warns readers that organ meat is high in purines which is known for increasing uric acid levels and triggering gout attacks.

Everyday Health cites a study done by Harvard University at Massachusetts General Hospital which showed that “men who ate meats with the highest purine content had a 40-percent higher risk of gout than those who ate the least.”

Organ meat is definitely worse than most red meats, but both contain a high amount of purines which makes them bad for gout. Kelly O’Connor, R.D., diabetes educator at Mercy Medical Center in Baltimore told Everyday Health that a person shouldn’t eat more than 4 to 6-ounces of lean meat or fish per day.

Even though it’s been drilled into our mind that whole grains are good for us, whole grains also have a high purine content which makes them a not so great choice for people with gout. It’s still true that whole grain bread is much healthier than white bread, but for gout specifically it might not be the best option. Healthline advises not eating more than two servings per week.

“To limit your purine intake, choose refined grain bread (white bread), pasta, and white rice. However, it is not a good idea to eat a lot of these foods, as they are not beneficial to your overall health,” writes Healthline. In summary, as with most things, moderation is best. Opt for refined grains but do so very moderately.

While not all seafood is bad for gout patients, some types of seafood are higher in purines. Luckily there are tons of different options when it comes to seafood — it’s a pretty big umbrella! Gout sufferers should do their best to limit certain fish. Healthline recommends avoiding trout, mackerel, tuna, sardines, anchovies, haddock, and more. For shellfish it’s scallops, crab, shrimp and roe. Don’t be discouraged, there are plenty of health benefits to eating seafood, so the Arthritis Foundation suggests simply limiting yourself to 4 to 6-ounces per day.

Everyday Health defends this seafood warning by citing a Harvard Study that found men who ate seafood were 50-percent more likely to develop gout than those who didn’t.

Sugary beverages like soda or fruit juices aren’t good for anyone, but they’re especially bad for people who suffer from gout. The Arthritis Foundation says that people who drink soda and fruit juice are more likely to suffer from gout because studies have shown that high fructose corn syrup, which is the man-made sweetener in soda, increases serum acid levels. You should also try to avoid any baked goods and candies that are high in sugar.

Everyday Health cites a 2010 analysis by Nurses’ Health Study which examined 79,000-participants and found that women who drank at least one serving of sweetened soft drinks on a daily basis were 74-percent more likely to develop gout than those who drank less than a serving per month. It’s important to note that diet soda is excluded from this, as it doesn’t seem to cause gout risk to rise.