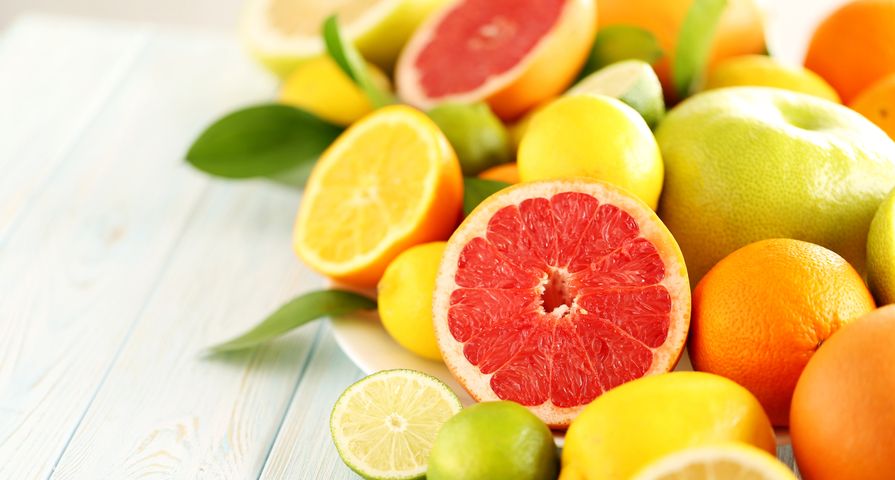 A runny nose, an itchy throat, and sneezing are among the all-too-familiar symptoms of people who have seasonal allergies. While everyone else is outside enjoying the change of seasons, these individuals are cooped up with a Kleenex box and antihistamines trying to alleviate their discomfort.

What exactly causes these symptoms to occur? Best Health Magazine explains that if your nose is sensitive to allergens like pollen and grasses, “Immune cells release histamines, the chemicals responsible for most of your allergy symptoms,” which triggers inflammation in order to “keep the allergens from traveling into the body.” Fortunately, there are a wide variety of foods that can help with seasonal allergies by reducing this inflammation, including the following 12.

What do onions, peppers, berries, apples, and parsley have in common? Seemingly not much; however, they all contain a bioflavonoid called quercetin. Quercetin is a natural antihistamine that the Food Network says “works by stabilizing cells and halting histamine production.” And, as mentioned, histamines are what cause seasonal allergy symptoms to occur. 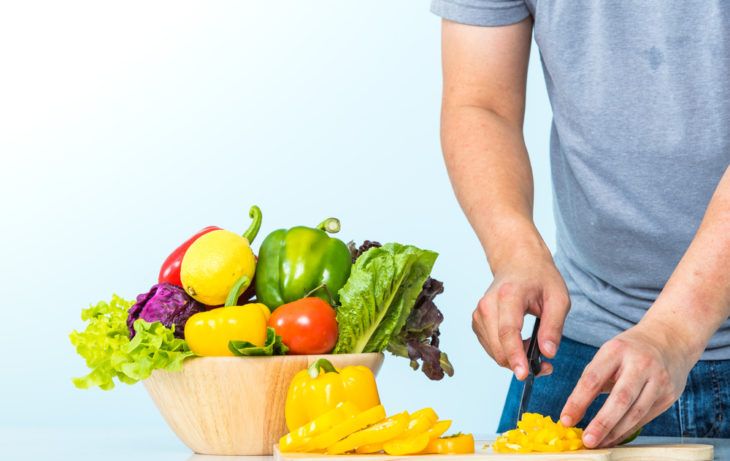 Not only is pineapple deliciously sweet, it is the best source of the enzyme bromelain. Bromelain is a powerful anti-inflammatory, which helps to reduce symptoms of seasonal allergies.

BetterNutrition.com indicates that studies have shown that bromelain also “…inhibits the development of allergic airway diseases and asthma.” Although the enzyme is available as a supplement, the body absorbs it much better when consumed in whole foods. And while pineapple is enjoyable to eat on its own, it can also be added to smoothies or used to make fresh salsas. 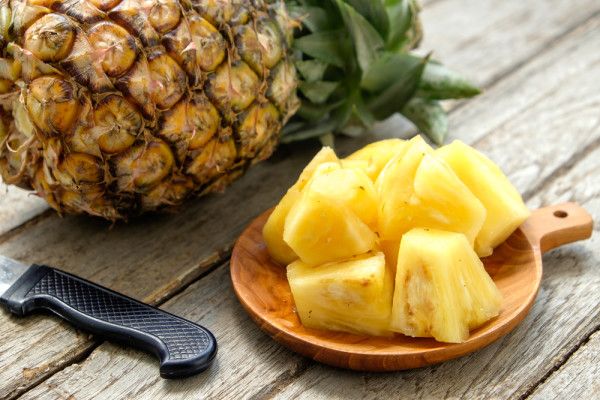 Due to being rich sources of omega-3 fatty acids, Best Health Magazine says that fatty fish “should be your first line of dietary defense against allergies.” Like bromelain, omega-3s are beneficial for reducing inflammation, which is largely responsible for many seasonal allergy symptoms.

Although omega-3 fatty acids can be taken in supplement form, getting your required intake from food has shown to be far more beneficial. Salmon, tuna, mackerel, and sardines are all great sources, but to avoid mercury intake be sure to opt for wild-caught varieties. 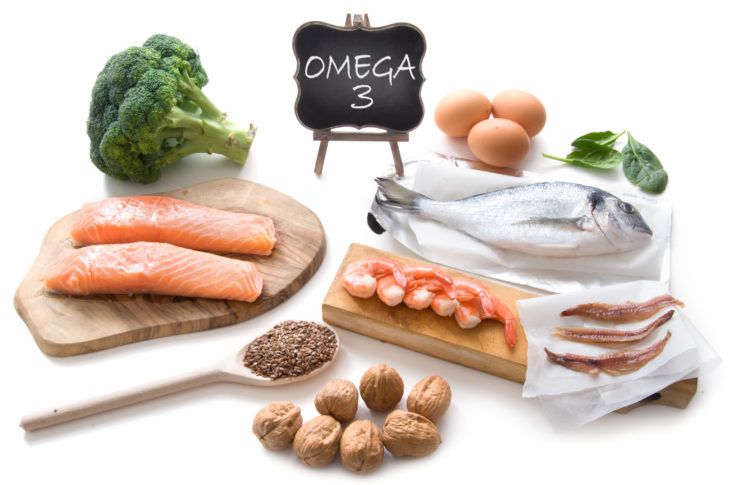 Not only are probiotics beneficial for the health of your gut, they can also help to reduce inflammation in the body as a result of seasonal allergies. CookingLight.com cites a 2017 study from the University of Florida that found that “people with mild to moderate allergies reported fewer nasal symptoms and better quality of life after taking a supplement containing the probiotics lactobacilli and bifidobacteria.”

Live probiotic cultures can be found in some yogurt varieties, as well as fermented products like kefir, sauerkraut, kimchi, kombucha, tempeh, and miso. It’s also possible to take probiotics as a supplement but, as always, directly from food is best. 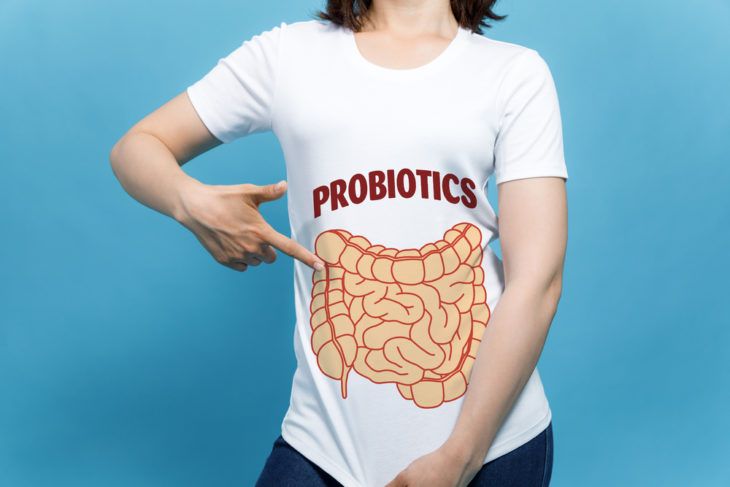 Although research is not yet conclusive about whether consuming local honey can help with seasonal allergies, some studies have found that it may help to reduce them if taken at the beginning of the allergy season.

“The idea is that eating honey inoculates the body against local pollen that causes seasonal allergies,” explains BetterNutrition.com. Honey may also help to alleviate allergies with its anti-inflammatory powers. For greatest potential effect, be sure to opt for raw and unfiltered varieties. 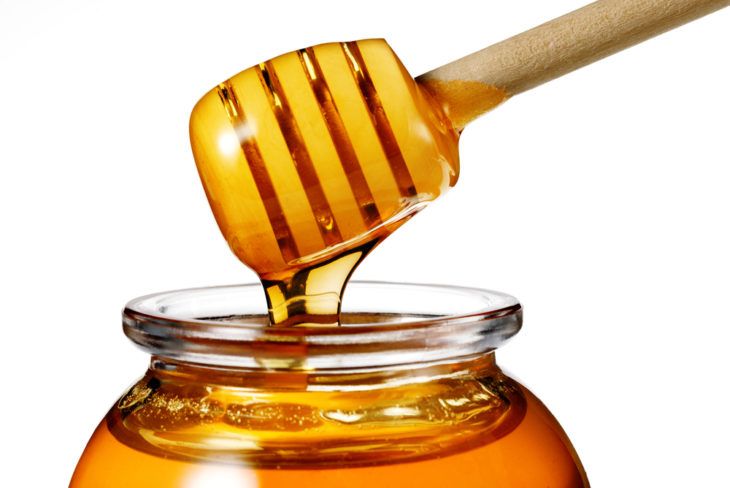 Not only are strawberries a juicy and sweet summer treat, they’re also effective for fending off seasonal allergies. That’s because they’re an excellent source of vitamin C, which Prevention says “helps put the kibosh on histamine, a neurotransmitter that causes your runny nose, itchy eyes, and sneezing fits.”

MindBodyGreen adds that strawberries contain fisetin, a powerful antioxidant that Korean scientists found “inhibited histamine release and the expression of pro-inflammatory markers in the body.” As if you needed another reason to nosh on them, right? 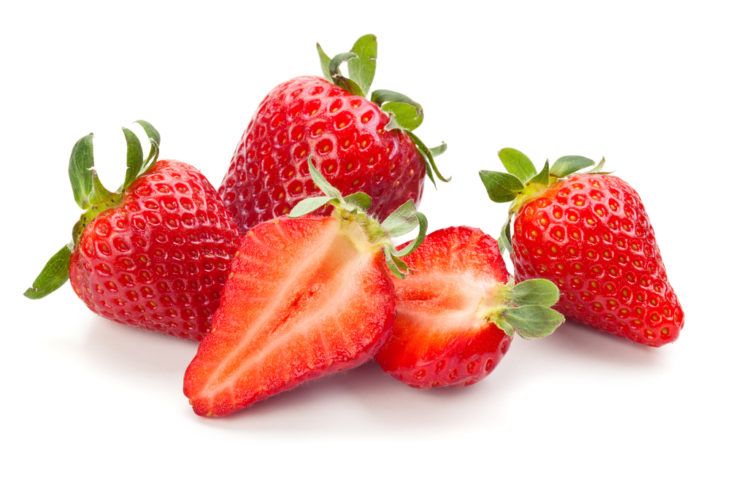 Garlic is one of those powerful foods that seem to be good for everything, including relief from seasonal allergies. With hay fever specifically, the bulbs work by “supporting the immune system with their rich store of antioxidants,” says Best Health Magazine.

The Food Network adds that garlic “helps to inhibit inflammation that causes reactions to seasonal allergies,” and is most effective when it is left to sit on the counter for at least 10 minutes after chopping, as this “will help to release its allicin, the key health promoting compound in the cloves.” 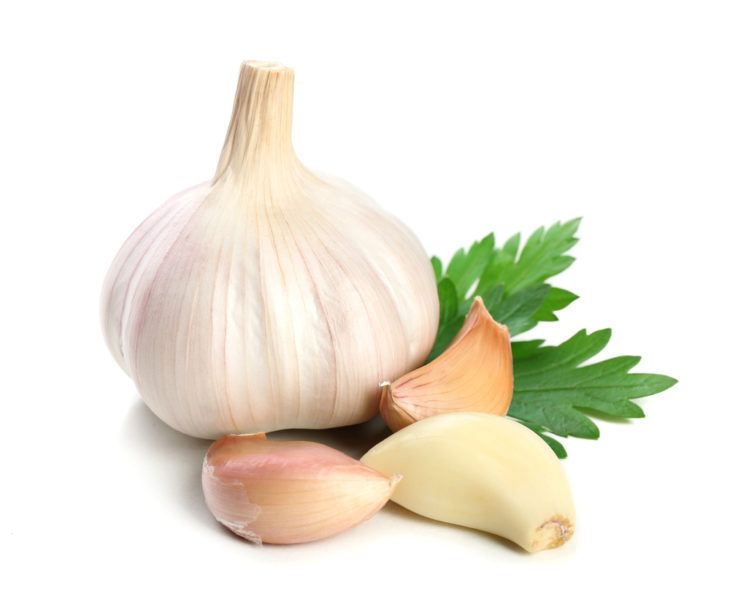 Turmeric, a bright orange colored spice that is commonly used in South Asian cooking, has long been considered an anti-inflammatory superfood. This is because of the active compound it contains, called curcumin, which can “block the release of histamine to prevent allergy symptoms from developing,” says Prevention.

BetterNutrition.com says that curcumin also “inhibits allergic response,” “decreases oxidative stress,” and has been shown to “…increase nasal airflow and support immune response in people with allergies.” To boost its effectiveness, the source says to cook it in combination with fats and/or black pepper. 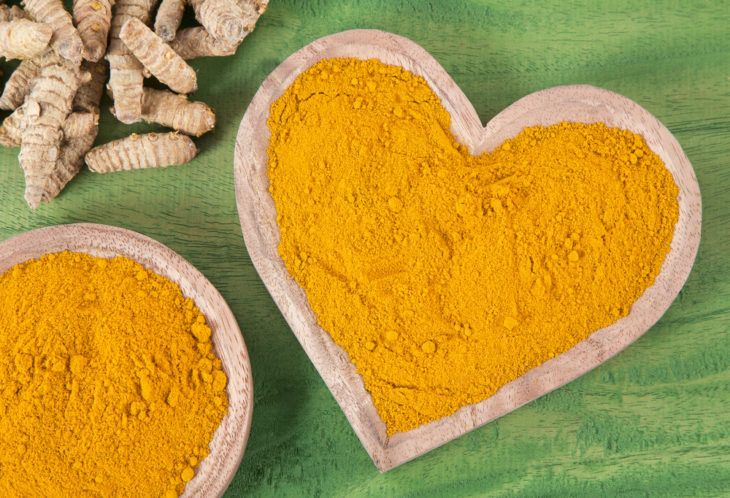 Magnesium is yet another powerful nutrient that can help to relieve the symptoms associated with seasonal allergies. Everyday Health explains that this is because magnesium is an antihistamine as well as a bronchodilator, which means it “has a calming effect on the muscles of the bronchial tubes and the whole body.”

Fortunately, magnesium can be found in a wide variety of foods. Some of the best sources include cooked spinach and Swiss chard, as well as dark chocolate, almonds, black beans, and avocado. 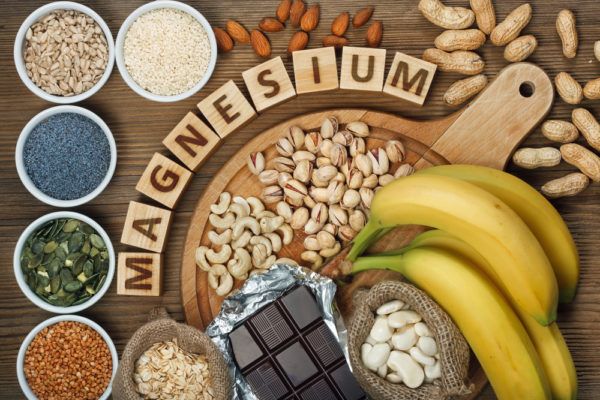 Citrus fruits are also excellent sources of vitamin C, which, as mentioned earlier, is another natural antihistamine. And oranges have another bonus ingredient: quercetin. And “studies show that combining quercetin and vitamin C enhances availability and reduces inflammation,” says BetterNutrition.com. 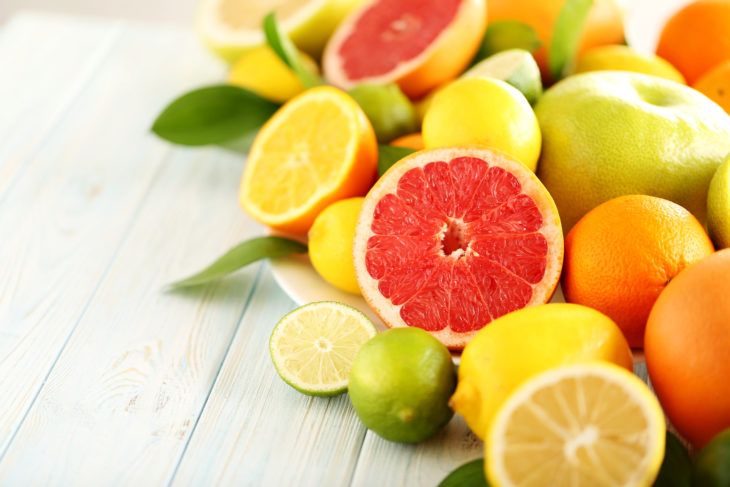 When you’re feeling congested, one of the best things to reach for is a cup of hot tea. Dr. Oz says these hot, clear liquids “can help thin nasal passages…mainly through the introduction of steam.”

Certain teas—like ginger tea and green tea—have the added benefit of being anti-inflammatory as well. Studies surrounding green tea, in particular, have found that it “lowers blood levels of the IgE antibody, a compound that’s a prime player in the body’s allergic and inflammatory response,” says MindBodyGreen. 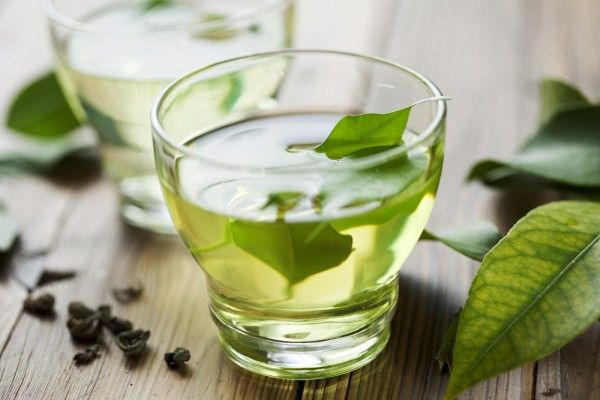 Like the fatty fish mentioned earlier, certain nuts and seeds are excellent sources of omega-3 fatty acids. Walnuts, in particular, are especially rich in the nutrient, with just a quarter-cup of them fulfilling the required daily intake of plant-based omega-3s.

In addition to omega-3s, flaxseeds offer plenty of selenium, which “boosts the function of allergy-fighting vitamin C,” says the Food Network. The source points out, however, that “Flaxseed needs to be ground to be absorbed,” so be sure to grind them immediately before use. Alternatively, you can purchase ground flaxseed, but it needs to be stored in the freezer to preserve its nutritional benefits. 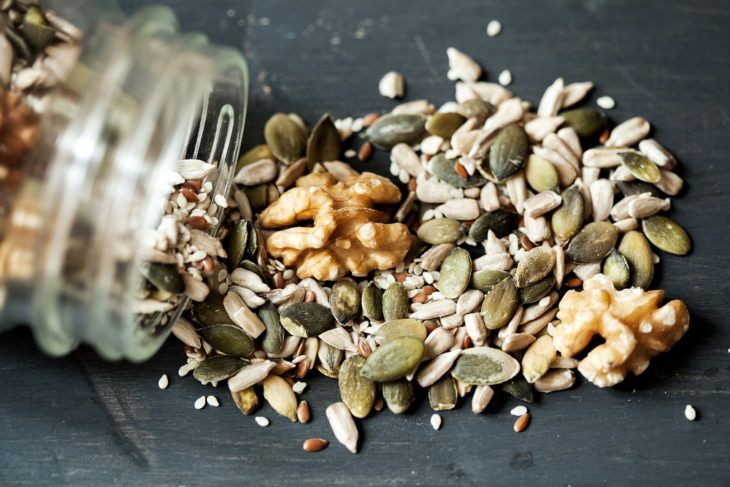