Probiotic Foods That Can Help with Digestion 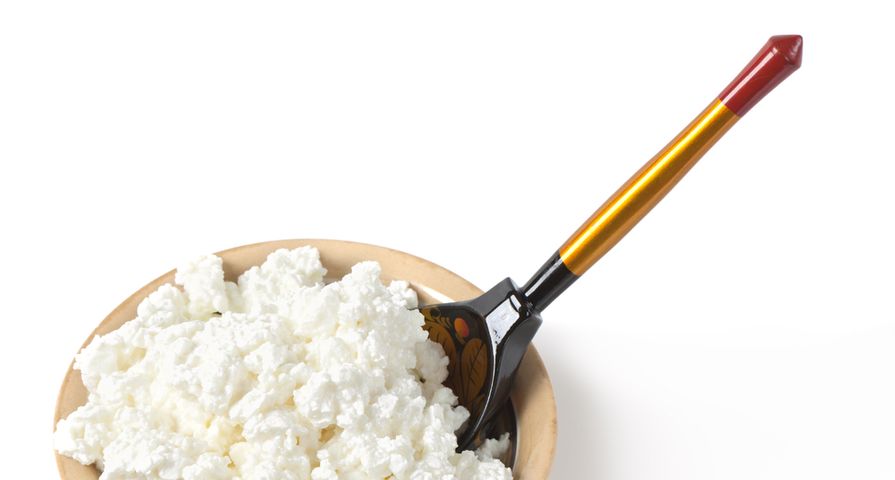 The idea that you have live microorganisms called “probiotics” living in your stomach and intestines might sound a little creepy at first, until you understand that these organisms have the potential to significantly improve your digestion of food and, in doing so, improve your overall health and happiness.

In case you’ve never read up on probiotics, which have become all the rage in food science the past few years, know that they can have many positive effects on the body. In addition to helping with digestion, they may be able to reduce the chances of developing heart disease, improve the look and feel of skin, and may even assist in the fight against depression. That’s all great, but what foods must you eat in order to reap the benefits of probiotics?

Nothing makes a sandwich like a pickle, either right on top or off to the side. Sweet or salty, the pickle is ridiculously popular in many parts of the world. And for good reason: aside from being delicious, they’re easy to make, consisting of cucumbers that have been preserved using a mixture of water and sodium and then left to ferment.

This fermentation process results in the development of lactic acid bacteria, which brings pickles their sour flavor but also aids in the activity of probiotics in the gut. Pickles are also an excellent source of vitamin K, which can help in blood clotting. However, pickles are also high in salt and, in some cases, sugar, so be sure to consume them in some moderation.

If there’s one food that’s practically synonymous with probiotics and their benefits, it’s yogurt. This is primarily as a result of marketing efforts by yogurt companies and is not necessarily reflective of yogurt’s superiority in providing the best benefits that probiotics have to offer.

Nevertheless, there’s no denying that many types of yogurt do contain an ample supply of probiotics, the friendly microorganisms that can help break down your food and ease the digestive process. Yogurt contains probiotics because it’s made from fermented milk containing lactic acid. Just remember that not all forms of yogurt contain probiotics, so be sure to read the label carefully; also, try to avoid eating yogurt containing added sugar. Beyond that, yogurt, which also contains lots of calcium and protein, can help build and maintain healthy muscles and bones.

Kefir isn’t exactly a household name — the product, which is made by adding kefir grains to the milk of a goat or cow in order to help with fermentation — but it is becoming progressively more popular and therefore more visible on grocery store shelves. Kefir grains, which are essentially a combination of lactic acid bacteria and yeast — and not the kind of grain you’d find in your breakfast cereal — tend to resemble cauliflower in appearance. In the end, kefir tends to taste a lot like yogurt but does have bits of kefir grain in it, making a chunky liquid that’s far tastier than it sounds.

Regardless, kefir has its benefits. Translated from Turkish, it means “feeling good” following consumption, and that clearly alludes to its ability to help with the digestive process. Kefir is an excellent source of friendly bacteria and yeast — in the opinion of many experts, better even than yogurt. And for individuals who have a hard time with lactose, it’s clearly the best choice.

Love it or hate it, sauerkraut — which we most often associate with “street meat” and the downtown hot dog stand — is an excellent source of probiotics. That’s because it’s made using shredded cabbage that’s been fermented using lactic acid bacteria, making it a product that has huge potential for assisting with the digestive process.

And that’s not all: sauerkraut is also high in vitamins B, K, and C, meaning it can help boost the immune system, and contains ample amounts of fiber, which can also help with digestion and keeping an individual feeling “regular.” So, the next time you visit a hot dog stand, don’t be shy with the sauerkraut.

The growing popularity of veganism and vegetarianism has resulted in a growing market for products that either look or taste like meat and contain protein. After all, many vegans and vegetarians face the problem of not getting enough protein by avoiding meat products.

Tempeh, which is made using fermented soybeans, is growing in popularity thanks to its similarity to meat and its protein. Originally made in Indonesia, tempeh can be adapted so that its texture resembles that of chicken, though its taste more closely resembles nuts and mushrooms. In any case, tempeh can certainly boost the activity of probiotics and contains helpful minerals like zinc and iron.

A couple decades ago kimchi was hardly known outside Korea, where it continues to serve as a very popular side dish. Made of fermented cabbage and tasting a bit like spicy sauerkraut, it’s as much of a mainstay in Korea as potatoes are in North America or Europe.

But there’s more to like about kimchi than its spicy flavor and coleslaw-like texture. Like many of the other items on this list, it contains lactic acid bacteria that can boost probiotic activity and help in the digestive process. It also contains some truly useful vitamins and minerals, from vitamin B12 to vitamin K and iron.

Just as kimchi, the fermented and spicy cabbage dish, is central to Korean dining, miso is exceptionally popular in Japanese cuisine. Made using fermented soybeans, salt, and koji (a popular fungus), miso resembles a paste and is most often used as a seasoning that can often be found in soup. Go to a Japanese restaurant and there’s a good chance you’ll start your meal with a piping-hot cup of miso soup.

As for its health benefits, miso is a veritable powerhouse of vitamins and minerals. In addition to boosting probiotic activity in the gut, miso provides a supply of protein, fiber, vitamin K, manganese, and copper. In addition to helping with digestion, it may also assist in lowering the chance of breast cancer and stroke, particularly in women.

With the popularity of fermented foods on the upswing, another emerging trend is the consumption of kombucha, a beverage that’s essentially just fermented black or green tea. And the flavor reflects the description, with kombucha tasting similar to your traditional tea but with a slightly sour taste. It’s often infused with fruit flavors and tends to have a bubbly, almost carbonated texture.

Kombucha is widely popular, having become a mainstay in Asia before making its way to other parts of the world in recent years. Because it’s fermented and contains both bacteria and yeast, some food experts believe it may boost probiotic activity in the same way that yogurt or kefir do. But studies of kombucha remain rare, so we can’t know for sure if it directly contributes to the improvement of digestive health.

Cottage cheese isn’t a whole lot like other types of cheese — it’s low in calories and fat and generally costs a lot less to buy. And you’ll often find it in a different part of the grocery store, with cheese like gouda and gorgonzola near the deli and cottage cheese sticking close to yogurt and milk.

And that does tell you something about cottage cheese and its benefits. Unlike many forms of cheese, it contains the kind of bacteria that can boost the breakdown of foods in the gut, helping improve the digestive process. It also contains lots of vitamins and minerals, like vitamin B12, calcium, phosphorus, and selenium. As if that’s not enough, it’s also an excellent source of protein, which means it can help keep you full and avoid binging on less healthy foods.

Traditional buttermilk still isn’t widely available in North America in Europe and, to this day, remains far more popular in places like Pakistan, India, and Nepal. Instead, Western grocery stores are far more likely to stock cultured buttermilk. That said, if you can find traditional buttermilk, it does have the potential to help with probiotic activity and also contains vitamin B12, calcium, phosphorus, and riboflavin.

Never heard of natto? You’re not alone. This fermented soybean product that contains a strain of bacteria called Bacillus subtilis is, like miso, very popular in Japan. Often mixed with rice and consumed at breakfast, it has a strong taste and texture, making it something of an acquired taste.

But there’s no denying the health benefits of natto. In addition to containing lots of protein and vitamin K, both of which can help boost bone and heart health, its fermentation means it has the potential to significantly improve probiotic activity and help improve digestion. So, give it a try!

The most obvious way to boost the activity of probiotics is to take a supplement designed to increase their prevalence and effectiveness in the body. It’s not that much different than taking another type of supplement, such as an omega-3 fatty acid pill or calcium tablet, that places less pressure on the individual to consume relevant foods.

If you’re a busy person who finds it hard to schedule your meals ahead of time, this may be the most effective way to get your daily supply of probiotics. It may also be helpful for people who don’t particularly enjoy eating some of the probiotic-heavy foods on this list, such as yogurt or kefir.