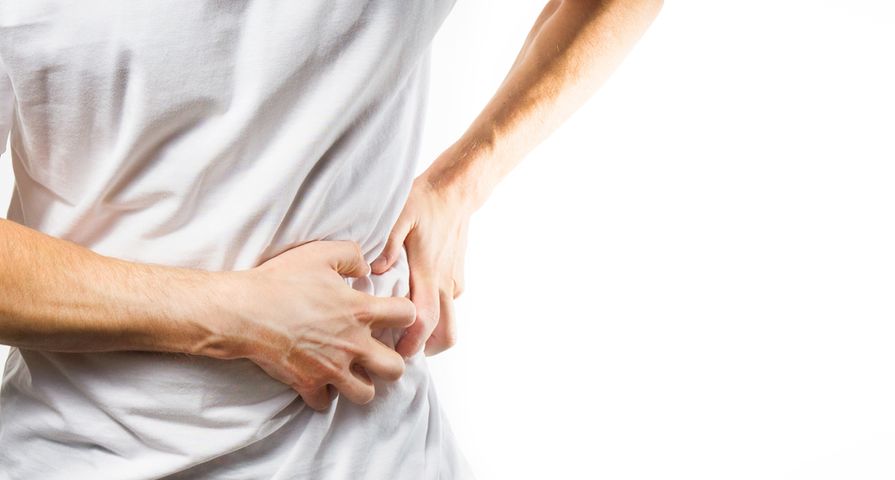 In some cases, risk factors can be altered, such as smoking, but other times they cannot be altered. For example, gender and race are risk factors that can’t be changed. Also, having one or even several risk factors does not mean that you will get cancer, it simply means you’re at an increased risk. There have been many instances when a person does develop cancer, such as kidney cancer, and yet doesn’t have any of the risk factors on the list.

With that being said, it’s still important to be informed on what the risk factors are, so here’s a look at 12 known factors that make a person more likely to develop kidney cancer…

These risk factors are extremely general and by no means should be judged on their own as a risk for kidney cancer. However, WebMD notes that for some unknown reason, men are twice as likely to develop kidney cancer than women. Also, there are higher rates of kidney cancer among African Americans as compared to any other race.

When it comes to age, it seems the older a person is, the higher their risk because kidney cancer is typically found in adults between the ages of 50 and 70, writes Cancer.Net.

It should come as no surprise that smoking causes many kinds of cancer, even kidney cancer. WebMD writes that any person who smokes cigarettes is twice as likely to develop kidney cancer than someone who doesn’t. The source also notes that cigars may contribute to an increased risk.

The American Cancer Society expands on this topic by explaining that smoking increases the risk of developing renal cell carcinoma (RCC), which is the most common type of kidney cancer. “The increased risk seems to be related to how much you smoke. The risk drops if you stop smoking, but it takes many years to get to the risk level of someone who never smoked,” writes the source.

Being overweight, particularly obese, puts a huge strain on a person’s health in many different ways. One of the major concerns is cancer. According to the Canadian Cancer Society, being overweight and obese puts a person at an increased risk for RCC, a type of kidney cancer. While this source writes that researchers are still trying to find the link between being overweight and cancer, the American Cancer Society states that obesity “may cause changes in certain hormones that can lead to RCC.”

Hypertension, also known as high blood pressure, has been linked to kidney cancer as a risk factor, but doctors are still unclear whether the risk lies in the condition itself or the medication used to treat it, explains WebMD.

“Some studies have suggested that certain medicines used to treat high blood pressure may raise the risk of kidney cancer, but it is hard to tell if it’s the condition or the medicine (or both) that may be the cause of the increased risk,” writes the American Cancer Society.

Patients who are undergoing long-term treatment for kidney failure, particularly those who need dialysis for chronic kidney failure have an increased risk of developing kidney cancer. “Dialysis is a treatment used to remove toxins from your body if the kidneys do not work properly,” says the American Cancer Society.

As with many other medical or health-related conditions, a family history of the disease puts someone at a heightened risk. This is no different for kidney cancer, particularly renal cell cancer. “People with a strong family history of renal cell cancer have a higher chance of developing this cancer,” writes the American Cancer Society. “This risk is highest for people who have a brother or sister with the cancer,” adds the source.

The source goes onto point out that they aren’t sure whether this is because the siblings have the same genetic make-up, because they were exposed to the same environment growing up, or both.

People who work in an environment that exposes them to substances, such as asbestos, cadmium (a metal that can raise the cancer-causing effects of smoking), organic solvents, benzene, or specific herbicides, will have an increased risk of developing kidney cancer.

Long-term use of certain pain medications, including over-the-counter (OTC) drugs, as well as prescription drugs, can increase a person’s chances of developing kidney cancer. The American Cancer Society lists phenacetin and diuretics as two particular medications that can increase the risk of kidney cancer. Phenacetin is an OTC pain reliever that has been linked to RCC. In fact, the source notes that it’s not even available in the United States and hasn’t been for over 30 years.

The second medication is actually a group termed the diuretics, which are often used to treat high blood pressure and congestive heart failiure. “Some studies have suggested that diuretics (water pills) may be linked to a small increase in the risk of RCC,” writes the American Cancer Society. The source also notes never to stop taking this type of medication just to lower the risk of kidney cancer.

Some people are born with genetic conditions or inherit genes from their parents that make them more susceptible to kidney cancer. People with any of the following conditions should consult with their doctors on a regular basis, particularly if they have already been diagnosed with RCC, says the American Cancer Society. Even though they only amount to a few cases of kidney cancer overall, people with these conditions do have a higher risk of developing kidney cancer than those who don’t have these conditions.

Von Hippel-Lindau disease is a genetic condition that causes people to develop tumors and cysts (fluid-filled sacs) in their body, most commonly in/on different organs. As a result of this condition, they have an increased risk of developing clear cell RCC, particularly at a younger age than typically seen. “They may also have benign tumors in their eyes, brain, spinal cord, pancreas, and other organs; and a type of adrenal gland tumor called pheochromocytoma,” writes the American Cancer Society. “This condition is caused by mutations (changes) in the VHL gene.”

This condition is extremely rare. It is a hereditary skin disease that causes multiple non-cancerous (benign) skin tumors to grow. It can also cause lung cysts and increase a person’s risk for cancerous, as well as benign kidney tumors, such as RCCs and oncocytomas, to develop. The Canadian Cancer Society also points out that people with BHD can develop different types of kidney cancer, such as chromophobe RCC and clear cell RCC.

“They may also have benign or malignant tumors of several other tissues,” writes the American Cancer Society. BHD is linked to the FLCN gene.

Tuberous sclerosis (TS) typically results in the growth of benign (non-cancerous) tumors in several parts of the body, such as the skin, brain, lungs, eyes, kidneys, and heart, says the American Cancer Society. Although these tumors are often benign, they can also be cancerous and cause clear cell RCC. “People with TS have a higher risk of developing kidney cysts and kidney cancer,” explains the Canadian Cancer Society. “They may develop renal angiomyolipoma (a non-cancerous tumor of the kidney), chromophobe RCC or clear cell RCC,” adds the source.

This condition is caused by a defect in the TSC1 and TSC2 genes.

These two conditions can increase a person’s risk of developing kidney cancer. Hereditary papillary RCC causes patients to develop one or more papillary RCCs, however, unlike some of the other conditions we listed above, they won’t have tumors elsewhere in their body. The Canadian Cancer Society lists it as an inherited type of kidney cancer that is also referred to as papillary RCC type 1.

On the other hand, hereditary leiomyoma-RCC is a syndrome that causes people to develop smooth muscle tumors called leiomyomas (fibroids), hence the name. These tumors will grow on the skin and in the uterus of women and can increase a woman’s chances of developing papillary RCCs.