Awaken to These Reasons You’re Suffering From Insomnia 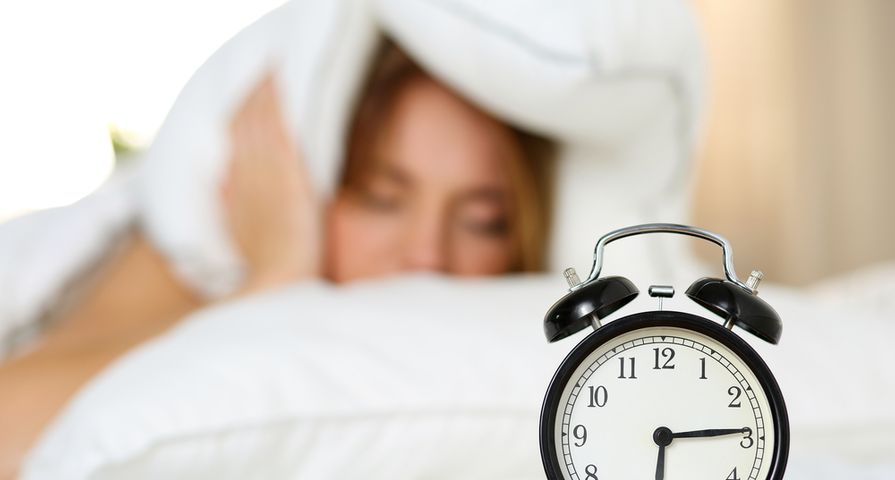 It has happened to all of us – some of us more often than others – but even though we’ve put in a long day, we’re staring at the ceiling, wide-awake at 1 a.m. According to SleepFoundation.org, insomnia can be caused by “psychiatric and medical conditions,” as well as other factors.

Getting proper sleep is important for your overall health, so not only is insomnia unpleasant – it can start to impact your performance (or worse). Let’s take a closer look at 12 reasons you might be lying awake in your bed night after night…

Huffington Post says “any condition that leaves you in discomfort can understandably disrupt your sleep.” These conditions may include arthritis, back pain, fibromyalgia, and a host of other painful problems, according to the source.

Who hasn’t lain awake at night thinking about an important presentation the next day, or a job interview? Those are just a couple of examples – The Mayo Clinic notes,  “Concerns about work, school, health, finances or family can keep your mind active at night, making it difficult to sleep.”

Meanwhile, “stressful life events or trauma” such as losing someone close to you, going through a divorce or losing your job can also throw off your ability to get quality shut-eye, adds the source. (Here are more ways Stress Can Affect Our Physical Health).

A common chronic problem many Americans deal with is obstructive sleep apnea, which is when your upper airway becomes obstructed during sleep, temporarily cutting off your air supply for 10-seconds or more. The drop in your blood oxygen causes you to jar awake.

WebMD says a person suffering from untreated sleep apnea can “stop breathing repeatedly during their sleep, sometimes hundreds of times.” Obstructive sleep apnea is when soft tissue at the back of the throat collapses and blocks air flow, it adds. Meanwhile, other people suffer from nocturnal asthma, which “can make sleep impossible and leave you feeling tired and irritable during the day,” says WebMD.

Huffington Post says the medications you’re taking to treat certain conditions might actually be keeping you awake at night. “Drugs for conditions ranging from the common cold and high blood pressure to depression and asthma can cause insomnia,” it warns.

It also notes that many over-the-counter remedies can contain caffeine, which is a stimulant and definitely won’t help you fall asleep any easier. Check with a doctor or pharmacist to see which medications – prescription or otherwise – might be causing you to stay up past bedtime.

WebMD says there is a “definite link between lack of sleep and depression,” and that one of the most common signs of clinical depression is poor sleep patterns. A sleep disorder itself does not cause depression, but lack of sleep “plays a role,” it adds.

While many people with depression may find it difficult to fall into a slumber or stay asleep through the night, others with the mental condition might sleep too much, adds the source.

Psychology Today lists five foods in particular as offenders when it comes to lack of sleep and anxiety. Even if you’ve tried other methods to try and address your chronic insomnia, what you’re eating could actually be the underlying cause, says the source.

The five foods (and food components) mentioned include caffeine in drinks (no surprise there), but perhaps less obvious ones include nightshades (potatoes, tomatoes, eggplant, and peppers), aged or cured meats and cheese, as well as refined carbohydrates (sweet yogurts, cereals, and orange juice are examples from the source).

It’s not just what you eat, it’s when you eat it that could be leading to your sleep troubles. FoodForTheBrain.org says you should eat at “regular intervals” on a daily basis – “ideally three meals and three snacks throughout the day.”

Other sources – including BodyEcology.com – point out that eating certain snacks right before bedtime can raise your blood sugar, which can cause a sugar crash after you’ve fallen asleep. This crash alerts the adrenal glands to release cortisol, a stress hormone, which in turn lowers melatonin – a sleep hormone, explains BodyEcology.

SleepFoundation.org explains your lack of sleepy-time at night can be traced to a neurological condition. For example, it can be a sign of Parkinson’s disease, which is a slowly progressing degenerative disorder of the central nervous system.

It could also be something a bit less serious, but a neurological condition nonetheless – including restless leg syndrome. The source says this is a condition “in which a person has an uncomfortable sensation of needing to move his or her legs,” and can lead to insomnia. Up to 10-percent of the population has restless leg syndrome, adds the source.

Your inability to fall asleep or stay asleep might be just a case of your body not knowing what time it is. WebMD says if you cross time zones, you may have trouble getting to sleep even if you feel tired.

Your sleep-wake schedule might be helped by taking melatonin supplements to “reset” your biological clock, adds the source. It says to take melatonin as directed after dark on the day you travel, and at nightfall for a few days after you arrive. Then take the supplements in the evening “for a few days” before you fly again, assuming you’re heading east, it adds.

Add another reason to quit smoking to the list – it’s an insomnia trigger, according to the Huffington Post. The source lists six ways smoking is affecting your sleep, noting a 2013 study involving mice found it could throw off “natural circadian clocks” in the lungs and brain, reducing quality of sleep.

HuffPost also notes that smoking can increase your risk of developing sleep apnea, which we’ve already told you is a major sleep killer. Nicotine contained in cigarettes is a “potent stimulant,” and lighting up close to bedtime can lead to insomnia – particularly for women in their late midlife, it adds.

SleepEducation.org explains that just putting on years can take hours off your sleep. Older adults actually need as much sleep as young adults – about 7 to 9-hours per night – but not many older adults are getting adequate rest, it adds. (Check out this article on Sleeping Tips for Seniors).

The source says there may be a few explanations why older adults have trouble staying asleep (and even sleeping deeply enough when they do). It notes melatonin production might drop as people age, which could be a culprit. The source also suggests older people may be more sensitive to their environments and be woken up more easily. Medications could also play a role.

If you’re waking up periodically through the night for no particular reason, you might be ignoring a biggie – the room temperature. While hot temperatures that cause people to sweat are often tied to troubles falling asleep, cold temperatures can also prevent quality slumber as well, notes WebMD.

Try to aim for around 68-F in the room for sleeping, it adds. WebMD explains when you hit the sack, your brain tries to achieve a certain internal temperature, which is tough to do if the room is too hot or too cold. However, being a bit on the colder side is probably better than being too warm. “That mild drop in body temperature induces sleep,” it says.