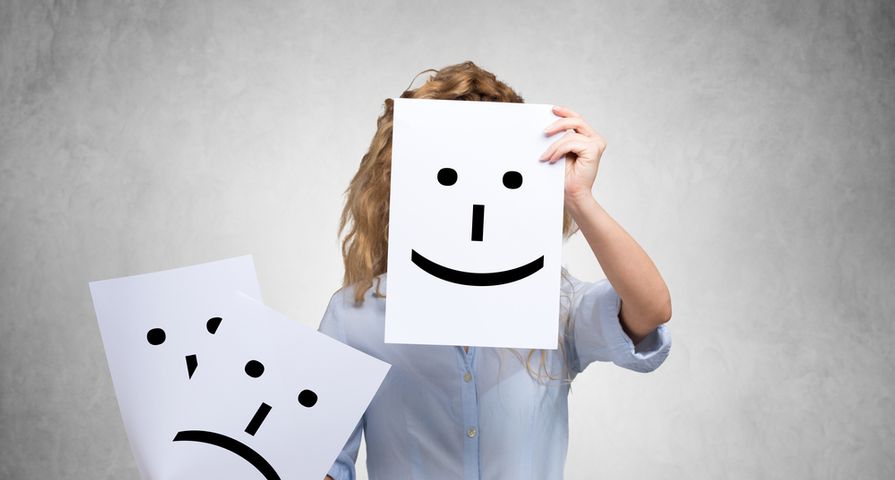 When it comes to bipolar disorder (also sometimes called manic depression), there are more than two ways to look at it. The psychological condition is more complicated than you might think, and there’s actually more than one type.

While the disorder is commonly marked by extreme ups and downs, there’s more to know about it whether you’re dealing with it yourself or a loved one is. There’s also a lot of misinformation about bipolar out there – so here are 13 myths dispelled along with facts…

Bipolar Disorder is Not So Rare

While you might think bipolar disorder only affects the chosen few, that’s not the case according to WebMD. The source says it actually affects about 5.7-million adults in the U.S. in any given year, which is approaching 3-percent of the adult population.

The total numbers can grow substantially when you add those with the disorder under 18, but there’s debate about the criteria for a diagnosis in younger people, it adds. The source says it’s estimated that about 750,000-children and teens may suffer from bipolar disorder.

While many people assume bipolar disorder just means a person is cheery one moment and grumpier the next, it’s more specific than that, according to the same source. “The mood swings associated with bipolar disorder are very different than those of people without the condition,” says WebMD.

The moods of those with bipolar disorder are more defined and severe, last longer, “and maybe most significant of all, they interfere with some important aspect of functioning,” it adds. This means if you have bipolar disorder, your ability to work or manage your household will be affected, it notes.

EveryDay Health notes that while bipolar disorder can affect a person’s life in a negative way, a “person’s job performance does not have to be affected by bipolar disorder.” It adds that many bipolar patients hold down “high-functioning jobs” such as being a lawyer, doctor or engineer. This is not to say that all patients will reach a high level of professional success, but it also doesn’t mean they can’t work.

However, those with the disorder achieve this by taking the right medications and practicing “positive lifestyle habits,” such as getting the right amount of sleep, adds the source.

You may have a scenario in your brain that bipolar patients shift moods suddenly and frequently, but that’s not the case, according to WebMD. “The Jekyll-Hyde personality, the type that can turn on a dime from sad to euphoric, is a myth about bipolar,” it says.

Some patients may shift quicker than others, and most will be marked by depression more often than being manic, it adds. An “abnormal mood state” with a leaning towards being up or down is the typical associated behavior – which means the person will react to things differently than expected, “such as giggling instead of crying when you find out your home will be foreclosed,” it explains.

There Are Actually Seven Types

If you get a diagnosis of bipolar disorder, it’s not as black and white as you might think, explains Healthline. You’ll fall into one of seven categories depending on the nature of your symptoms, it adds.

Bipolar I is marked by one or more manic episodes, “sometimes with psychotic features such as hallucinations or delusions,” it explains. Bipolar II has predominantly depressive symptoms, accompanied by hypomania, which is a “less severe” type of mania. Cyclothymic disorder is another type, and is described as having “numerous periods of hypomanic symptoms as well numerous periods of depressive symptoms lasting for at least two years.”

Not all moods exhibited by a bipolar patient are products of the disorder, explains EveryDayHealth.com. “People with bipolar disorder have moods and feelings just like everyone else,” it adds.

That may lead to loved ones falsely believing that anything expressed by the patient may be a result of the illness. Sometimes bipolar patients will have a bad day or be disappointed just like anyone else, and will feel down because of it.

Children are Not Safe From Bipolar

While bipolar disorder is largely thought of as an “adult” disorder, a Canadian source called HeretoHelp.bc.ca explains children as young as 6-years can be affected by it. Children with the disorder will have more frequent mood swings than their adult counterparts, it adds.

Children are more likely to develop the disorder if their parents had the same condition, it adds. “Bipolar disorder can best be diagnosed after examination of historical behaviour patterns,” it adds. “Parents should attempt to get independent verification and consider carefully any such diagnosis of a very young child.”

Diagnosis is Possible Before Adulthood

Staying with the same line of thought, it’s often believed that children can’t be officially diagnosed with bipolar until they reach adulthood. However, information from the Mayo Clinic seems to claim otherwise. “It’s most often diagnosed in older children and teenagers, but bipolar disorder can occur in children of any age,” it adds.

However, the source explains diagnosis in younger patients can be more difficult because bipolar-like symptoms can show up in other common childhood conditions such as ADHD and anxiety disorders. The clinic recommends consulting a mental health doctor that specializes in diagnosing children and teens.

‘Manic’ Does Not Always Mean Happy

Mania can make a person appear to be very animated and seemingly carefree, but that doesn’t equal happiness in all cases, according to a post on TheMighty.com from a person who has bipolar disorder. “It feels like all my senses are lit on fire. I feel deeply. Sights are brighter and sounds are louder. Everything seems colorful,” the author says about having a “mixed” episode.

However, those euphoric feelings can be tainted by the dark brush of depression, it adds. “I get mixed episodes that are primarily manic, but they’re the farthest thing from fun,” says the writer. Being manic can mean feeling creative and having “boundless energy,” mixed with hopelessness and sadness, it adds. It can also feel like “anxiety and sensory overload with thoughts that are too fast to grab a hold of.”

There is no ‘Bipolar Test’

The diagnosis of bipolar disorder relies on a doctor’s careful assessment and consideration of the symptoms, not purely from genetic markers, explains WebMD.

However, that didn’t stop an “at-home bipolar test” from becoming popular in 2008 (an online search reveals similar tests are still being marketed). The test revealed the level of risk based on genetics, by evaluating saliva samples for mutations in a gene called GRK3. “But it can’t tell users for sure,” it warns.

You Can’t Cure The Disorder With Medication

EveryDay Health warns that although a patient may start to feel better and more stable once they’ve been on medication, it doesn’t mean the condition will be gone forever. “When people living with bipolar disorder decide they’ll be fine without medications and stop treatment, the mood cycles start again,” it says.

The condition requires ongoing treatment, and the symptoms will get worse by not addressing them, it explains. There are a number of medications that can be prescribed depending on bipolar symptoms, including mood stabilizers and antipsychotics.

There’s also a belief that bipolar patients can’t take typical antidepressant medication, but that’s not as simple as it seems, says WebMD. The source says antidepressants should not be the sole drugs given to a bipolar patient, but can be effectively used in tandem with other treatments. “When antidepressants are given alone to someone with bipolar disorder, there’s a risk the drug might ignite a manic episode in some patients,” it explains.

Many doctors will stay away from antidepressants altogether because of this, it adds. The source cites a large study that shows mood stabilizers on their own are effective in about 1 in 4-people with bipolar depression, and “adding an antidepressant to the mood stabilizer did not boost improvement further.”

You Have Some Control Over It

While it’s true that medical treatments may be somewhat limited to medications or psychotherapy, there are a number of lifestyle factors in your control that can affect how severe your bipolar symptoms are, notes WebMD.

These “active” management strategies include getting regular aerobic exercise, keeping a regular bedtime, eating a nutritious diet, “and paying attention to personal warning signs that a shift to depression or mania is coming,” it adds. Knowing the warning signs of a shift can help you seek medical assistance before any negative consequences, it concludes.