Most Common Symptoms and Causes of Bipolar Disorder 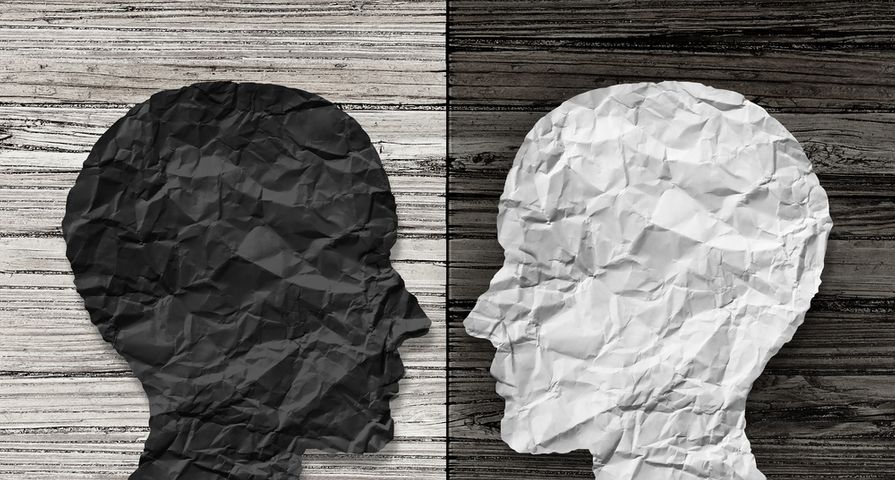 Bipolar disorder is a serious mental illness that is marked by periods of depression (feeling down) and mania (expressing high levels of energy and sometimes reckless behavior).

However, the condition isn’t as black and white as you might expect, and associated symptoms can vary from case to case. Understanding the illness can help both the patient and those around them manage it more effectively, so let’s take a look at 12 things to know about it…

Like we mentioned, bipolar disorder can vary, even by type. There are different classifications of the disorder, including Bipolar I, Bipolar II, cyclothymic disorder, as well as other types, says the Mayo Clinic.

Common Symptoms of Bipolar Disorder: Are You Bipolar?

The Mayo Clinic explains there are “bipolar and related disorders” that can be triggered by using certain drugs or alcohol, or by an underlying medical condition.

It adds that the mental disorder can be the result of Cushing’s disease (a hormonal disorder), multiple sclerosis (an autoimmune neurological disease), or a stroke.

Healthline defines mania as “an emotional high,” but that doesn’t necessarily mean clear skies for the patient. While those experiencing mania can feel excited and full of energy, there are some downsides as well, says the source.

For example, manic individuals may engage in risky behavior such as spending sprees, unprotected intercourse, and drug use, adds the source.

The same source explains hypomania is similar in ways to mania, but not as strong. Those in a state of hypomania will still notice changes in their mood, explains Healthline.

However, hypomania might not carry the same consequences as mania, the latter that can result in trouble at school or work, or with relationships, it adds.

A major depressive episode can be “severe enough to cause noticeable difficulty in day-to-day activities,” explains the Mayo Clinic. There are telltale symptoms of a depressive episode, which is marked by five or more symptoms as explained by the clinic.

These possible symptoms include a depressed mood (or irritability in younger patients), loss of interest in activities or receiving no pleasure from them, significant weight loss without diet changes, sleeping too little or too much, restlessness or sluggishness, increased energy or fatigue, feelings of unwarranted guilt, difficulty concentrating, or suicidal thoughts or actions.

Symptoms in Children and Teenagers

Yes, bipolar disorder can strike young people too, although it’s often mostly thought of as a grown-up illness. The Mayo Clinic notes it can be tougher to diagnose the illness in children, as it can be confused with normal up-and-down behavior.

The difference from the disorder in adults is the pattern of the episodes – “moods can rapidly shift during episodes,” it explains. In adults, the episodes tend to last for extended periods of time (up to several months).

Symptoms can also be gender-specific. Medical News Today explains that women are more likely to have the form of disorder that is characterized by at least one hypomanic episode with at least one major depressive episode (Bipolar II).

Bipolar men often develop substance abuse issues, and are more likely to “act out” during manic episodes, adds the source. Men are also less likely to get medical help, and more likely to take their own life due to the illness, it adds.

The exact reasons why some people develop bipolar disorder are still “a bit of a mystery to doctors and researchers,” says Healthline. However, they agree on some possible causes.

For example, genetics likely play a role, especially if a parent or sibling suffers from the illness (but family history is definitely no guarantee you’re at risk). The source also says abnormalities in your brain’s structure could play a role, as could environmental factors such as extreme stress, trauma, or physical illnesses.

There are certain risk factors that may cause someone to develop the disorder or trigger an initial episode, says the Mayo Clinic. As we noted, having a close relative with the disorder can play a role, but it doesn’t mean you’ll have the illness if a parent or sibling does.

The clinic says “periods of high stress” that can include grief from losing a loved one or a traumatic experience can lead to an episode, as can drug or alcohol abuse, it adds.

Bipolar disorder is often accompanied by another mental or physical ailment that should be treated as well, says the Mayo Clinic. These co-occurring (or co-morbid) conditions include anxiety disorders, eating disorders, or attention-deficit/hyperactivity disorder (ADHD), it adds.

While bipolar disorder can be managed to a degree with therapy and medications, left untreated there can be serious consequences “that affect every area of your life,” says the Mayo Clinic.

For example, without medical assistance and treatment you’re more likely to turn to drugs or alcohol to self-medicate, it notes. You’re also more likely to be in trouble with the law, fall into financial hardship, have broken relationships, perform poorly at work or school, or attempt suicide, it adds.