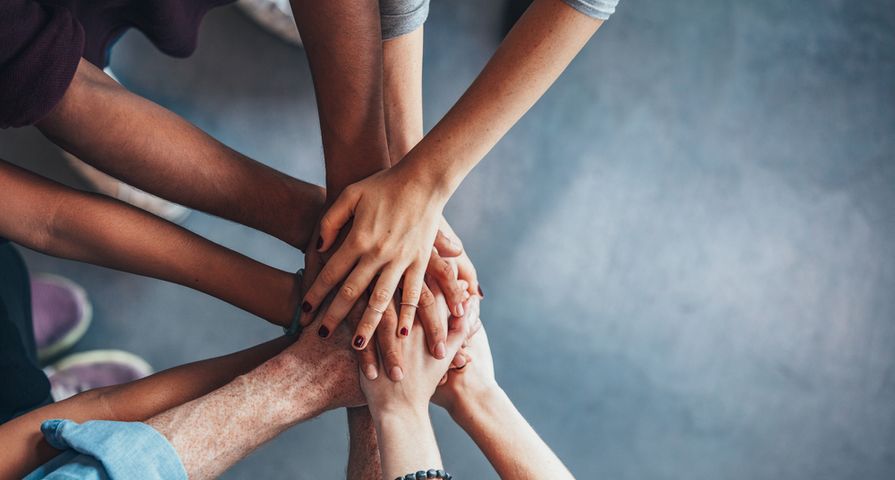 Managing a healthy, normal lifestyle with bipolar disorder can be challenging, but it’s by no means impossible. Making life work for you simply means being aware of your mental health issues and how they tend to affect you as an individual, and making choices that provide you with the emotional and moral support you require to get through each day.

That said, making the right choices means adapting many parts of your lifestyle, from the food you eat, to the fluids you drink, to the time you spend with others and the amount of physical exercise you get.

Now, let’s take a closer look at some lifestyle tips that can help an individual with bipolar disorder feel good about themselves and the world around them.

Many people with bipolar disorder have trouble relating to the people around them, particularly those who don’t have a history of being around individuals with mental health issues. And this doesn’t just apply to friends and co-workers: family members may also have a hard time seeing how things affect you differently.

But that doesn’t mean you shouldn’t turn to your family for support when you need it. The key is being as transparent as possible with them regarding your condition, including how it affects you on a daily basis. If they still have trouble finding the right way to support you, consider bringing them to meet with your family doctor to discuss things further. It’s worth it.

One issue that many people with bipolar disorder often struggle with: feeling like they lack much of any control over their lives, including how they feel, mentally or physically. But you can do a lot to take back control of how you feel physically, and perhaps mentally, too, by eating well. And that means trying your best to avoid high-sugar, high-fat foods and opting instead for fruits, vegetables, and whole grains.

Why? It’s really quite simple: a healthy diet will give you the best chance of feeling good both mentally and physically. So, even if you’re having a rough day as a result of bipolar disorder, your diet can help give you the energy you need to get through it.

One of the great challenges of bipolar disorder is that it often leaves patients feeling exhausted, both physically and mentally, even if they haven’t necessarily gone through anything particularly difficult in their personal or professional lives. For many people with bipolar disorder issues, just getting up in the morning can feel like a marathon for the mind and body.

But that’s where regular physical exercise can offer some relief. While it may seem nearly impossible to push yourself through a cardiovascular or strength training workout, doing so can help both physically and emotionally. That’s because relatively intense physical activity can help release endorphins that make us feel good, and having a good workout can help us feel like we’ve accomplished something. It’s a feeling anyone with bipolar disorder can benefit from experiencing more.

By now, it’s fairly safe to assume that most people have a solid understanding of the importance of sleep. For adults, getting at least seven hours of sleep each night can make the difference between feeling exhausted and distracted all day, or having a successful, feel-good day.

But getting enough sleep is even more important for individuals with bipolar disorder, who may feel tired simply because of their mental health condition or because of the medication they must take to help manage it. That means individuals with bipolar disorder should focus on following good sleep habits, like avoiding eating or drinking before bed, turning off electronic devices when it’s time to rest, and doing something relaxing — like reading a book or meditating — to wind down just before hitting the sack.

At this point, it’s well known that stress can cause more than the occasional tension headache. Medical researchers and doctors around the world have made it clear that stress can actually have serious consequences for our health, both in the long and short term, from making it difficult to sleep to placing excessive pressure on our heart.

That’s why it’s so important for anyone with bipolar disorder to think frequently and carefully about the sources of stress in their lives. Since individuals with bipolar disorder can be impacted by stress more than other, it’s even more critical to identify that stress and make efforts to limit its impact.

Everyone needs time and space to wind down, especially if they have a busy job or home life. While some people require less “me time,” others tend to feel rejuvenated by the ability to sit and think in silence, whether that means playing some video games, reading a book, or simply flipping through your favorite websites.

And that’s crucial for individuals with bipolar disorder, which can leave many people feeling strained by even the idea of going out and interacting with people, whether that involves visiting friends, going to work, or even just doing some grocery shopping. That said, don’t push this alone time too far, as isolating yourself from the world around you could make it more difficult than ever to interact with others and feel comfortable in public spaces.

Individuals with bipolar disorder, often struggle to hold down normal relationships. This happens to just about anyone — at any one time, there’s a good chance you have an old friendship that’s in need of some handiwork. It may not be that a big fight caused a problem, it could just be that time and changing priorities have caused that relationship to enter a new and more challenging phase.

But people with bipolar disorder should consider making a demonstrable effort to help repair those fractured relationships, particularly if they think their condition contributed to the friendship struggling in the past. Being open about your mental health issues and searching out your counterpart’s patient, support, and forgiveness can go a long way towards repairing the relationship and helping you feel good about your place in the world.

Individuals with mental health issues — whether it’s bipolar disorder, anxiety, depression, or something else — often turn to alcohol as a way to unwind, feel good, bypass their social anxiety issues, and engage in activities that might feel almost impossible when sober.

But that’s a recipe for trouble, for a few reasons. For one, people with bipolar disorder tend to be on medications that don’t always interact well with alcohol, meaning they could behave in ways considered out of character for themselves. It may be as simple as finding that the alcohol hits them much harder, with only a couple drinks causing them to feel as though they’d been drinking all day. And that’s a situation with the potential to become very problematic for everyone involved.

The growing trend towards legalization of marijuana has made cannabis more accessible than ever before. In some states and Canadian provinces, it’s almost as easy to acquire marijuana as it is to acquire alcohol. And for those who benefit from using cannabis, such as those with severe anxiety or epilepsy, that’s great.

But it may not always be the best situation for individuals with bipolar disorder, who may be on medications not tested for their interaction with cannabis. Even bigger problems may await for bipolar disorder patients who try more “extreme” drugs, including methamphetamine, cocaine, LSD, heroin, or mushrooms. As a rule, avoid any drugs that are currently illegal and talk to your doctor about using those, like cannabis, that may be legal to buy in your area now.

Don’t Give Up On Treatment

Being treated for bipolar disorder is an important big step towards finding a better, more comfortable place for yourself in your life. But it’s not always going to be easy; in other words, there may be treatment methods, including prescription medications, that seem to present their own challenges.

Anyone with bipolar disorder will know that the powerful medications they’re prescribed can come with some serious side effects. Additionally, having your doctor tell you to avoid drugs and alcohol can be a big challenge for someone who’s spent their life partying with friends. That’s why it’s important to regularly talk to your doctor about how treatment is proceeding, to make adjustments where necessary, but to stay on the right track by maintaining a treatment plan.

See Your Doctor or Therapist

Individuals with bipolar disorder are all around us — they’re in our work meetings, they’re on the city bus, they’re on our sports teams. In other words, they’re busy people with vibrant work schedules that, for the most part, many handle very well with the help of therapy and carefully chosen medication.

But it’s important for these busy people with bipolar disorder to remember that they can’t just rely on medication alone. It’s crucial to regularly meet with your family doctor and/or therapist to discuss how you’ve been feeling, including how the medication has been working. Failing to do so may result in the emergence of problems, such as excessive use of drugs or alcohol.

It can be easy to get into a nice little groove when you’ve found a medication that works for your bipolar disorder. It can lead to feeling that you don’t really need to make any further changes, such as trying a different medication or participating in any new therapy. But that can be a mistake, as it may lead you to ignore warning signs about emerging problems.

That’s why it’s important to know the warning signs. Be conscious of how the people around you talk, or if they start to suggest you’re acting differently. Be conscious of your diet, exercise, and use of drugs or alcohol. If these things change, they may be a warning that it’s time to revisit your treatment plan with the help of your doctor or therapist.