Foods That Are Rich Sources of Folate 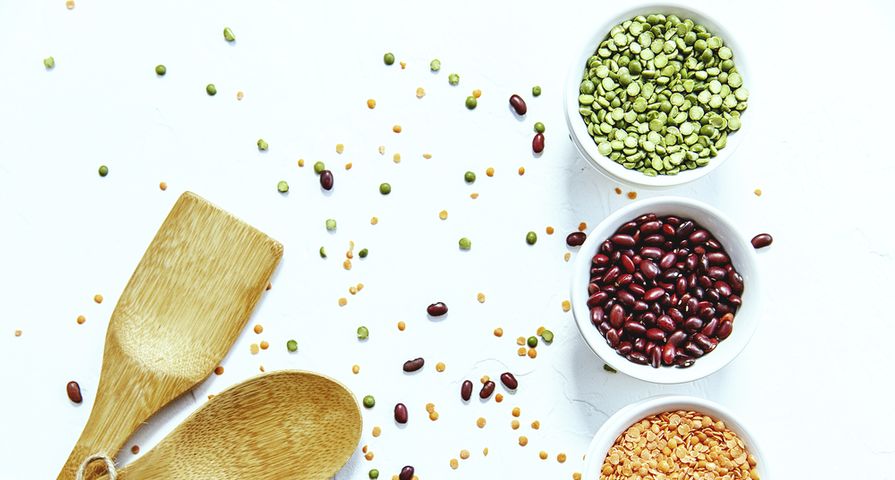 Also known as vitamin B9, folate is an essential nutrient that, among several other functions, helps the body with the production and regeneration of cells. According to the Global Healing Center, it also helps with “nucleotide biosynthesis in cells, DNA synthesis and repair, red blood cell creation, and prevention of anemia.”

Although folate is sometimes referred to as folic acid, there is a distinction between the two. Folate, the source explains, is the naturally occurring form of the vitamin that is found in plant and animal foods. While folic acid is the synthetic version of folate, which is found in supplements and fortified foods. Regardless of where you get your intake from, adults should aim to consume 400 micrograms (mcg) of it each day! Pregnant women should also be consuming 400-mcg a day to prevent potential birth defects.

The following are eight foods that are rich in folate or folic acid.

Is there anything leafy greens aren’t a good source of? Along with being rich in calcium and iron, as well as vitamin A, vitamin C, and vitamin K, they also contain plenty of folate!

Signs of B12 Deficiency in Women (Plus Causes, Treatment & More)

Leafy greens aren’t the only green vegetable to make this list! Asparagus is yet another excellent source of folate. In fact, the Global Healing Center says, “Out of the entire vegetable kingdom, asparagus is one of the most nutrient dense foods with folic acid.”

Eating just one cup of boiled asparagus will account for 65-percent of your daily value, as it contains 262-mcg of folate. But folate isn’t the only nutrient asparagus is rich in; it also contains vitamin K, vitamin C, and vitamin A, as well as manganese.

Broccoli is yet another folate-rich green vegetable to eat more of (are you noticing a trend here?). Whether consumed raw or gently steamed, approximately one cup of the little green trees provides 57-mcg of the nutrient, which is approximately 14-percent of your daily value.

In addition to folate, broccoli is rich in a wide variety of other nutrients, including fiber, iron, potassium, vitamin C, and vitamin K. No wonder it’s considered a “super veggie!”

Although many different fruits contain some folate, those of the citrus variety are among the best sources. A 1-cup serving of oranges, for instance, contains 31.5-mcg of the vitamin. And a one-cup serving of grapefruit offers 21-mcg.

Negative Health Effects of Eating Too Much Protein

Sometimes referred to as a butter pear, the avocado is yet another excellent source of folate. Per 1-cup serving it offers 110-mcg, which fulfills about 28-percent of your daily requirement.

If you needed more reasons to justify your fancy for avocado toast, not only are avocados rich in folate, but they also contain plenty of fiber, fatty acids, and vitamin K. You could also consider adding them to sandwiches, salads, and smoothies!

Not only are lentils, beans, and peas excellent sources of fiber and protein, they’re also especially rich in folate. Just a half-cup of lentils, for example, contains 180-mcg, meeting about 45-percent of your daily needs.

When it comes to beans, pinto beans and chickpeas (also known as garbanzo beans) contain among the highest amounts, with a 1-cup serving offering 295-mcg and 282-mcg, respectively. And peas such as black-eyed peas (112-mcg per half cup) and split peas (127-mcg per one cup) also offer valuable amounts of the nutrient.

Folate can also be found in most any type of seed or nut, and often in healthy amounts! Sunflower seeds are among the best sources, as Reader’s Digest indicates that just a quarter-cup serving of the dry-roasted variety offers 76-mcg. Flax seeds are also high in folate, with 54-mcg per 2-tablespoons.

And feel free to go nuts for nuts—peanuts, in particular, as they offer 88-mcg per quarter-cup serving. And one cup of almonds provides 54-mcg, which is about 14-percent of your daily value.

Antioxidants: What Are They and Where Can You Get Them?

Most breakfast cereals are good sources of folic acid, which, as mentioned earlier, is the term for the synthetic version of folate. This is because since 1996, the government has required such foods to be fortified with it. Men’s Fitness says that a three-quarter cup serving of bran flakes, for instance, provides 100-percent of your daily requirement of folic acid.

Other foods fortified with folic acid include pasta, which Reader’s Digest indicates has about 160-mcg per 1-cup serving (as per government requirements), as well as white flour and cornmeal products.