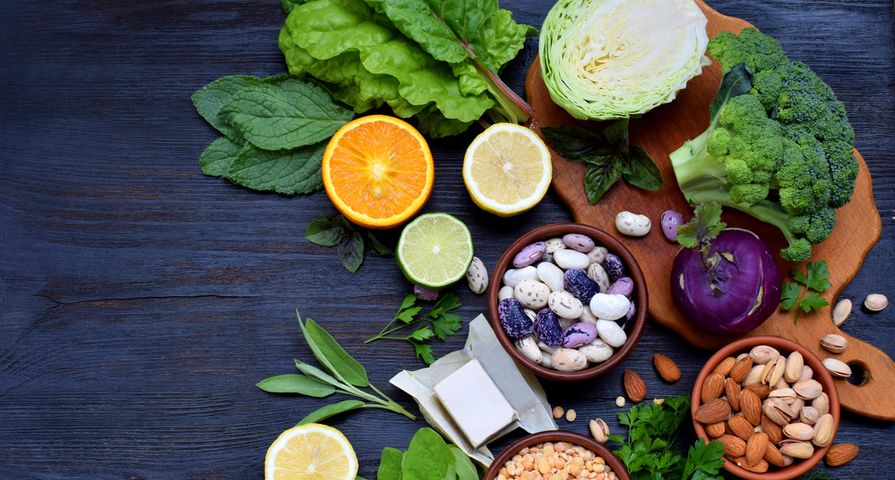 Your body needs many vitamins and nutrients to function properly, and some are talked about more than others. One that has high importance but sometimes gets left out is folate, which is actually a B vitamin (B9, to be more specific).

If you’re not getting enough folate, which is a water-soluble vitamin, your body will start giving you signals. People in the U.S. usually get enough folate in their diets, but there can be other reasons for a folate deficiency. Let’s take a look at 12 things to know about the condition…

Think you have a folate deficiency? Try One Elevated Folate Supplements – an Amazon bestseller with over 800 4.5+ consumer reviews. (As an Amazon Associate, this site may receive earnings from purchases).

Healthline.com explains that folate, also known as folic acid, is in the B vitamin family. The role of folic acid is to produce and repair DNA, as well as produce red blood cells, according to the source.

That means this vitamin is necessary for growth and development, as well as healthy functioning of the nerves and brain – so it’s safe to say it’s quite important.

Copper Deficiency: Some Elements To Consider

Dr. Axe outlines nine signs of a folate deficiency, some that you might blame on other causes. Some of the more obvious ones are pale skin, chronic fatigue (which is also a sign of anemia), poor digestion, and changes in mood, says the source.

However, there can be other not-so-obvious signs involved – you may get sick often due to poor immune function, have canker sores or a swollen tongue, or have prematurely graying hair. Folate is also very important during pregnancy; having too little can lead to developmental issues, it adds.

3. It Can Cause Anemia

A lack of folate in the system can lead to anemia, which generally is fewer red blood cells or hemoglobin that carries oxygen to all the places it needs to get to. This can cause you to feel tired all the time.

John Hopkins Medicine explains the specific type of anemia from folate deficiency is called megaloblastic anemia, which causes red blood cells to enlarge, although there will be fewer cells. It also causes normally round red blood cells to become oval-shaped, it adds. Other symptoms of anemia from folate deficiency include decreased appetite, feeling irritable, and diarrhea, it adds.

There are specific groups of people that are at higher risk of having a folate deficiency. Dr. Axe says these groups include alcoholics and those with liver disease, as well as anyone on kidney dialysis or taking medications for diabetes.

Meanwhile, you can also up your risk of developing a folate deficiency if you’re taking methotrexate (a chemotherapy drug), you’re frequently using diuretics or laxatives, you’re pregnant, or you’re a breast feeding mother, it adds.

5. Lack of Folate in Diet

Most people in the U.S. do get enough folate in their diet to prevent a deficiency, but not everyone. WebMD explains that if you’re missing certain foods from your daily menu, you could be at risk.

Healthline notes that there are certain medical conditions affecting the gastrointestinal tract that can lead to a folate deficiency, because they can impact the body’s ability to absorb vitamins.

These common conditions include Crohn’s disease, celiac disease, severe kidney problems (that require dialysis to filter waste), and some cancers (as well as the chemotherapy drug we already mentioned).

In some cases, you might just be born with a predisposition for folate deficiency related anemia, says WebMD. That means problems with absorbing folate can run in the family, it adds.

While you can use family history as a way to diagnose a deficiency, the source stresses the importance of treating infants with low folic acid deficiency anemia as quickly as possible “to avoid long-term problems.”

Most Common Symptoms of a Vitamin C Deficiency

While some medications are very important for treating conditions and managing illness, they can have unwanted side effects – and one of them can be inhibiting your body’s ability to absorb folate.

WebMD specifically mentions this side effect related to phenytoin (an anti-seizure medication), methotrexate (a chemotherapeutic drug), sulfasalazine (to treat colitis), triamterene (a diuretic), pyrimethamine (to combat parasites), trimethoprim-sulfamethoxazole (an antibiotic), and barbiturates (a class of anti-anxiety drugs).

Maintaining proper levels of folate is especially important during a pregnancy (pregnant women should get 600-mcg per day), notes MedicinePlus.gov. The source says folate is essential in fetal spine and brain development, and that not having enough can cause neural tube defects.

Neural tube defects happen early in the pregnancy, often even before a woman realizes she’s pregnant, says the same source. The two most common neural tube defects are spina bifida and anencephaly, the latter that often results in stillbirth, it notes.

Livestrong.com says folate deficiencies are common among those who abuse alcohol, because alcoholics often skip meals and “have incurred a diminished capacity to absorb important nutrients,” it notes.

The source also explains that the efficiency of folate in the body can be diminished by certain medications, such as anti-inflammatory drugs and phenobarbital (a barbiturate), “which is sometimes a mainstay of an alcoholic’s medication regimen.”

Dr. Axe says you can avoid having a diet-related folate deficiency in the first place if you consume five or more servings of whole foods (fruits and vegetables) per day.

The recommended foods include spinach, which can deliver up to 66-percent of your daily intake, as well as beef liver, which can account for 54-percent, adds the source. However, folate is primarily found in plant-based foods, and other good sources of the vitamin include black-eyed peas, asparagus, broccoli, avocados, and oranges, it adds.

Dr. Axe also points out that around 35-percent of adults and 28-percent of children in the U.S. use supplements that have folic acid. While the terms folic acid and folate are often used interchangeably, there are some notable differences, it adds.

The source notes that folate is a naturally occurring version, which is metabolized in the small intestines. Folic acid is a synthetic version of the vitamin that requires a specific enzyme called dihydrofolate reductase to be effective, it adds. High levels of unabsorbed folic acid can have its own health risks, says the source – so consider getting more of it from natural sources.