Most Common Types of Anemia 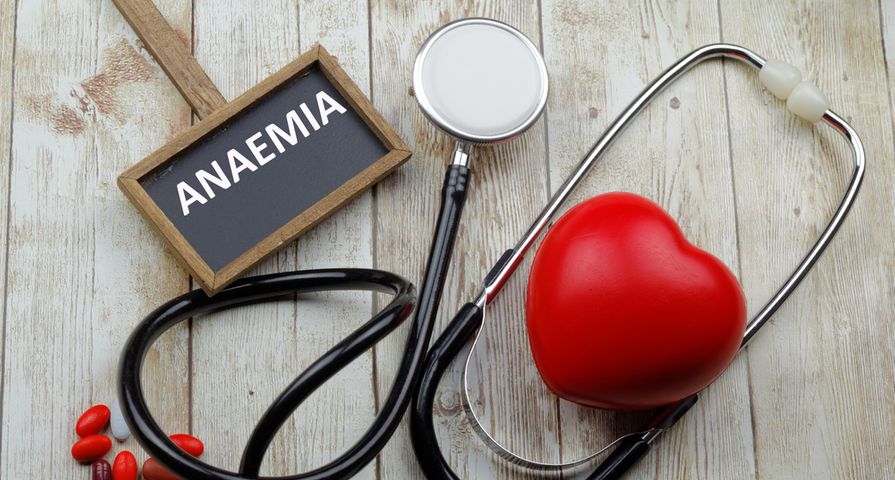 The seven most common types of anemia are… 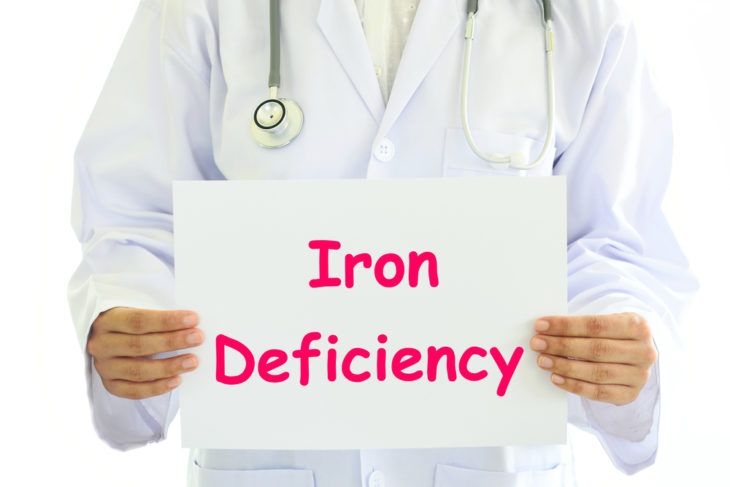 Thalassemia is a group of inherited blood disorders characterized by the body making an abnormal form of hemoglobin. It results in hemolysis, or the destruction of red blood cells. Thalassemia is more common in individuals of Mediterranean, African, and Asian descent. There are 2 main types of thalassemia, alpha and beta. Thalassemia is diagnosed using a test called hemoglobin electrophoresis.

Forms of alpha thalassemia include minor, hemoglobin H disease, and major. Alpha thalassemia major, also called hydrops fetalis, is the most severe form and causes stillbirth (death of the unborn baby during the late stages of pregnancy).  Forms of beta thalassemia include minor, intermedia, and major. Beta thalassemia major, also known as Cooley’s anemia, is the most severe form and can result in severe anemia during the first year of life. Treatment of severe disease is with regular blood transfusions and in some cases bone marrow transplantation. 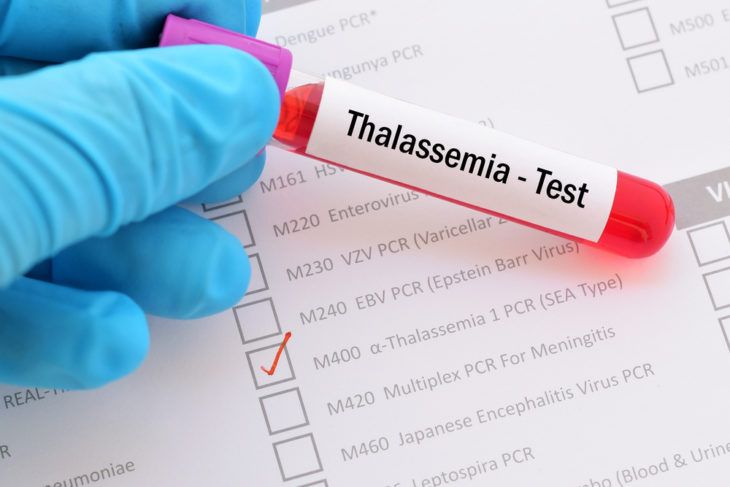 Aplastic anemia refers to a deficiency of all types of blood cells (red cells, white cells, and platelets) caused by bone marrow failure.  It is a rare and serious condition that can develop at any age and can be fatal.  It develops when a person’s bone marrow is injured.  Factors that can temporarily or permanently injure bone marrow include radiation and/or chemotherapy treatments, exposure to toxic chemicals, certain medications (antibiotics), autoimmune disorders (lupus and rheumatoid arthritis), and certain viral infections (hepatitis, Epstein-Barr, cytomegalovirus, parvovirus B19, and HIV).

Hemolytic anemia is a disease in which red blood cells are destroyed and removed from the bloodstream before their lifespan is over.  The average lifespan of a red blood cell is 120-days.  Hemolytic anemia can be inherited or acquired.  Inherited means the disease is passed on due to genetic contributions from a person’s parents.  Acquired means the disease develops at some point in life after birth. 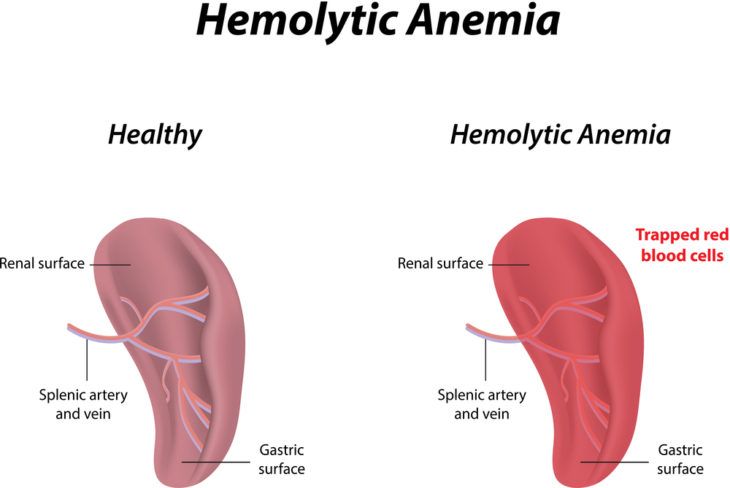 The only cure for sickle cell anemia is bone marrow transplantation.  There are several effective treatments that can reduce the symptoms of sickle cell anemia.  Penicillin taken 2-times per day can prevent infections.  Vaccines against pneumococcus, influenza, and meningococcus can also prevent infections.  Hydroxyurea taken daily can decrease the number and severity of pain crises.  Blood transfusions are also utilized in the treatment of the disease. 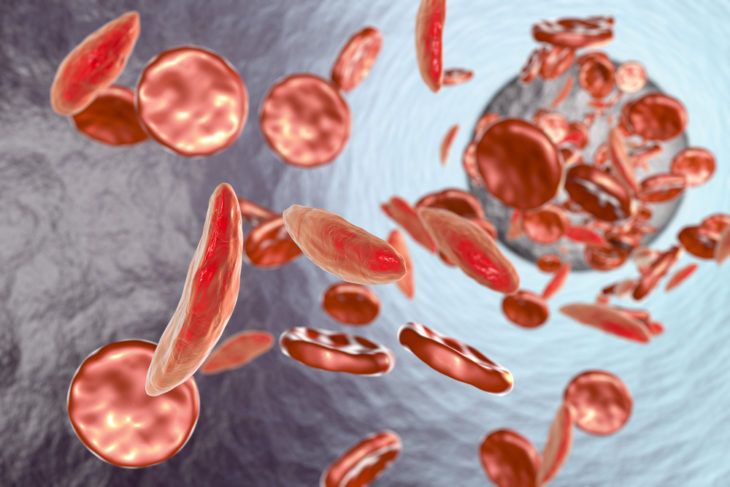 Pernicious anemia is a decrease in red blood cells that occurs when the intestines cannot properly absorb vitamin B12.  The body needs vitamin B12 to make red blood cells.  The intestines cannot properly absorb vitamin B12 due to a deficiency of a special protein called intrinsic factor in the stomach.  The disease is more common in individuals of Celtic (English, Irish, or Scottish) or Scandinavian origin.  In adults, symptoms of pernicious anemia are not seen until after age 30 and the average age at diagnosis is 60.  The disease can lead to irreversible nerve damage if treatment is not initiated within 6-months of developing symptoms.

Pernicious anemia was fatal before treatment became available.  Treatment of pernicious anemia may involve monthly injections, oral supplements, or nasal administration of vitamin B12.  Blood transfusions are rarely required to treat the disease.  There is no way to prevent pernicious anemia, but early diagnosis and treatment can help reduce complications. 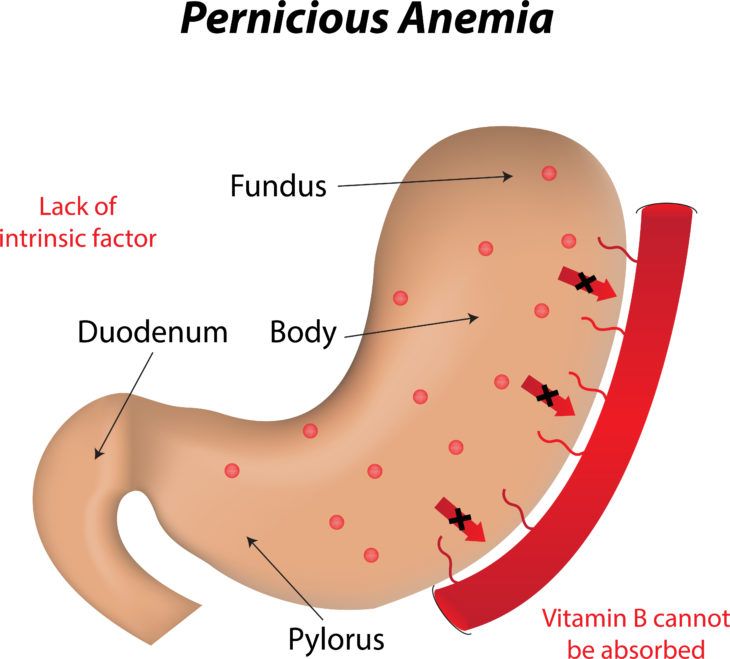 Fanconi anemia (FA) is a rare, inherited blood disorder that leads to bone marrow failure.  Bone marrow failure leads to decreases in all blood cells (red cells, white cells, and platelets).  It occurs in all racial and ethnic groups and affects men and women equally.  Individuals with Fanconi anemia are at greater risk for some cancers.  Approximately 10-percent of individuals diagnosed with FA develop leukemia.

Treatment of Fanconi anemia may involve bone marrow transplantation, which can be curative.  Other treatments are symptomatic and do not cure the disease.  Androgen therapy can increase red blood cell and platelet counts.  Androgens are a group of hormones governing male traits and reproductive activity.  Over time, androgens stop working and other treatments have to be implemented.  Androgen therapy can have serious side effects such as liver disease.  Synthetic growth factors can increase red and white blood cell counts, without the potential for serious side effects seen with androgen therapy. 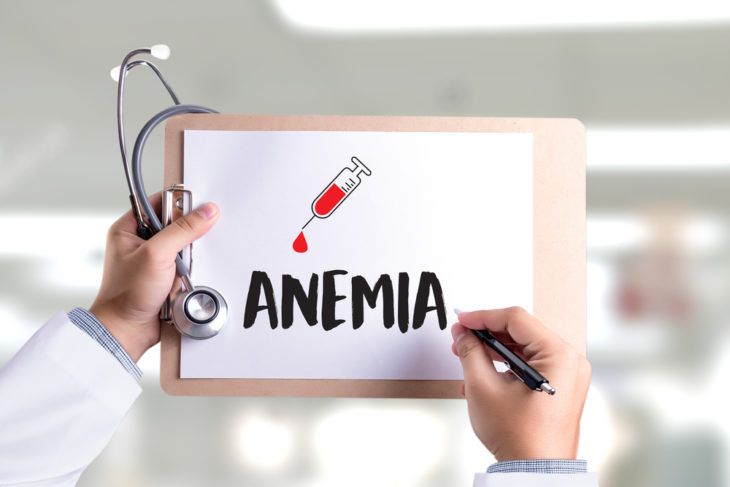