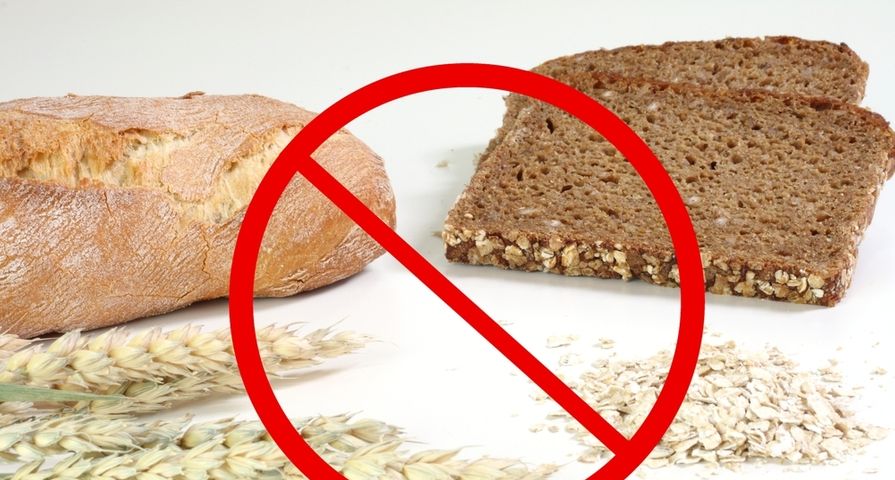 Going gluten-free has become a trendy thing for many people, however if you have Celiac disease, you already know you can’t consume gluten from certain grains without paying the price. However, while Celiac disease is unpleasant on its own, it is often associated with other health problems – because it’s an autoimmune disorder, you’re more prone to other autoimmune problems.

Certain conditions may arise that become an indicator of the disease if it hasn’t yet been diagnosed. It’s important to recognize the symptoms of the disease so you can manage your diet and avoid potentially damaging your digestive system. Here are seven health problems that are related to Celiac disease…

WebMD says that damage to your small intestine means certain essential minerals and vitamins can’t be absorbed, which can lead to a host of problems. One of them is lack of calcium that causes osteoporosis, which makes your bones more brittle, notes the source.

A related problem from lack of calcium due to poor absorption is osteopenia, which is low bone density. The source explains this problem is “a midpoint between having healthy bones and having osteoporosis” which can progress to osteoporosis if it’s not properly addressed.

Type 1 diabetes differs from Type 2 because it is not tied to lifestyle; it’s actually an autoimmune disorder that destroys insulin-producing cells in the pancreas essential for regulating blood sugar, explains the source. Those with Type 1 diabetes must take insulin injections to manage their blood glucose. Type 1 diabetes and Celiac have about a 6-percent overlap in patient populations, notes the site, adding diabetes is often diagnosed first.

If you’re experiencing painful joints from arthritis, it could be tied to your gluten intake, explains Healthline.com. Not only can someone with gluten intolerance get the telltale stomach cramps, the problems can reach further, notes the source.

“Since the gluten can be anywhere in your blood, people with Celiac can have pain and inflammation in other areas of the body, such as the joints,” it explains. The source adds that Celiac may be underdiagnosed because it can mimic conditions like arthritis.

AllergicLiving.com explains that Celiac disease might cause you to be dairy intolerant as well as gluten intolerant. The article shares a story about a celiac patient who controlled their wheat product intake, but still had symptoms that couldn’t be explained (this was at a time when less was known about Celiac disease).

The source explains while there isn’t a whole lot of research about the relationship between Celiac and dairy intolerance, research has yielded some surprising findings. An Italian study published in 2005 shows 24-percent of the subjects with lactose intolerance also had damage to their intestinal walls – specifically the finger-like projections called villi responsible for nutrient absorption – “a sure sign of celiac disease”.

Unfortunately, cancers including bowel cancer and lymphoma can be extreme complications of Celiac disease, according to Coeliac UK (that’s how they spell celiac overseas).

However, there’s a bit of good news for those who have already been diagnosed and are following a gluten-free diet. The source explains that patients that if you’ve been following a proper Celiac diet for 3 to 5-years, the “risk of developing these specific types of cancers is no greater than that of the general population”.

BeyondCeliac.org explains the important thyroid gland – which regulates your metabolism, among other important functions – can be negatively impacted by Celiac disease. The source says the prevalence of autoimmune thyroid disease among Celiac patients is 4-times greater than the general population.

Patients can experience either hypothyroidism, which is when the gland doesn’t produce enough hormones that leads to fatigue, depression, weight gain, dry skin and more, says the source (Hashimoto’s thyroiditis is an autoimmune disorder that can lead to hypothyroidism, it adds). Meanwhile, hyperthyroidism can cause irritability, nervousness, tremors, weight loss, sleep disruptions and other symptoms related to burning energy faster than they should.

This is another common condition that causes inflammation of the intestines, and while studies are still debating the link between Crohn’s and Celiac, “all conclude that Crohn’s disease is more common in those with celiac disease than in the general population,” notes the source.

The 2-diseases can be hard to distinguish because they have overlapping symptoms including abdominal pain, diarrhea, anemia, and short stature, it adds. Blood tests, endoscopy and biopsy are often used to make the distinction, according to the source. However, if you have Crohn’s, following a gluten-free diet won’t calm it.