How To Prevent A Blood Clot 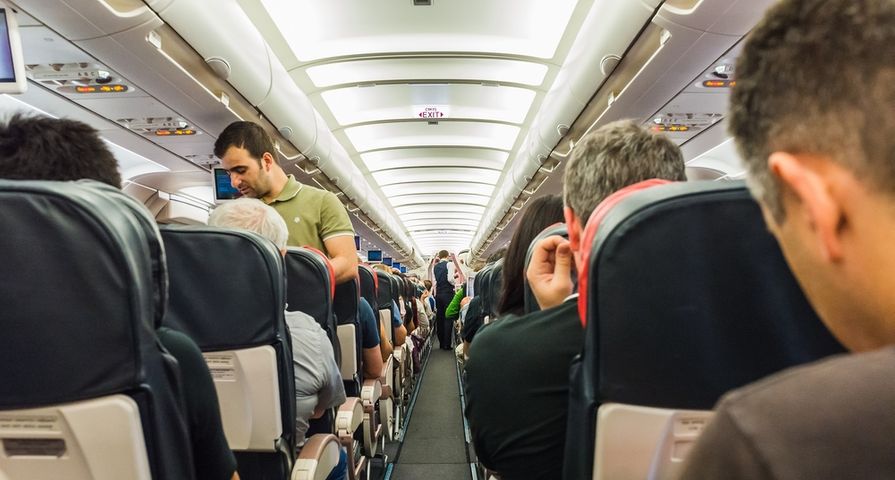 Reasons You Bruise So Easily

Deep Vein Thrombosis (or DVT) is a type of blood clot that typically develops deep in the veins of the leg. DVT is extremely dangerous as it can dislodge and travel to a major organ, or stifle blood flow to the heart. Deep vein blood clots could also lead to Pulmonary Embolisms (PE), in which the blood clot travels to the lungs. According to WebMD approximately 350,000 Americans develop DVT every year and for 10-percent of patients these blood clots are fatal.

According to research from the American Society of Hematology, smoking is a primary cause of arterial blood clots due to the fact that smoking may slow the flow of blood in the veins and affect the way blood clots within the body.

To avoid a blood clot due to smoking, butt out! Research the many ways to effectively quit smoking (i.e., prescription medications, nicotine patch) and join a support group to help you quit for good.

Foods That May Improve Circulation

Clothing that compresses the veins can slow blood flow within the body and also encourage blood to pool. For instance, tight pants, shorts, socks, and tights can all cause impaired blood flow in the lower half of the body.

Even crossing your legs often, particularly if you have a desk job or lead a sedentary lifestyle can cause blood flow to decrease in certain areas of the body and leave you prone to clotting.

This may sound counterproductive after we’ve just learned that tight clothes can potentially cause a blood clot, but compression socks or stockings are designed to purposely assist the blood flow and reduce swelling which could cause a blood clot.

This step is only necessary if you are at a high risk for a blood clot.

According to a 2011 study by the U.S. Food and Drug Administration, hydration and blood flow is closely related. In fact, what you drink may actually leave you exposed to a dangerous blood clots if you’re a caffeine junky.

While liquids, like water and herbal teas, can increase blood flow and decrease the chances of clotting, the FDA study indicates that highly caffeinated beverages (i.e., energy drinks and coffee) can cause dehydration. Lack of fluids can lead to narrow veins and thicker, stickier blood that’s prone to clots.

5. Get Up and Move During Travel

Research from the World Health Organization indicates that blood clots are typically caused by stagnate blood in the veins caused by long-term immobility, such as during a long plane, train, or automobile trip.

Long periods of being sedentary—for instance, more than 4-hours—will often lead to blood clot formation in veins of the legs. WHO suggests getting up when you can during transit to move, walk, and stretch. If you’re stuck in your seat, work the muscles in your legs often throughout your trip—Stretch your legs, flex your feet, and curl or press your toes down.

Researchers from Leiden University Medical Center, in the Netherlands, indicate that if you exercise daily, your chances of a developing a blood clot are much lower. The findings of the study revealed that the instance of blood clot re-occurrence was reduced in 40-percent of the participants that played sports or exercised moderately (i.e., walking, biking, swimming) on a daily basis.

While exercise helps with the flow of blood in the veins, it’ll also assist with maintaining or reducing your weight. A study in The American Journal of Medicine shows that obesity increases the risk of blood clots, especially in individuals who are under 40 years old. In this study done by Paul Stein, MD of St. Joseph Mercy Oakland Hospital in Pontiac Michigan and Wayne State University, it concluded that, “obese patients were 2.5 times more likely to have DVT and 2.2 times as likely to have PE” than non-obese patients.

Many people might not know what the symptoms of a blood clot are. Staying informed on what to look for could potentially save your life. WebMD describes the symptoms of DVT as swelling in one or both legs, pain or tenderness, warmth of the skin on the affected area, visible veins, tired legs and red or discoloured skin.

If the blood clot has travelled to your lungs (PE), symptoms would include sudden shortness of breath, sharp pains in the chest, lightheadedness and coughing up blood. If you experience any of these symptoms you should call 911 or go to the emergency room immediately.

This method of preventing blood clots are only if you have recently had a blood clot or have been directed by your doctor. WebMD states that an individual’s risk of having a blood clot are the highest, within the first few weeks after they’ve already had one.

There’s a chance that you might be at risk for a blood clot and don’t even know. It’s a good idea to always be aware of any conditions your immediate or extended family may have as it could be an inherited condition or could potentially put you at a higher risk to develop a serious disease or condition.

If you have a history of blood clots in your family, you should let your doctor know so they are aware of any potential risks.

How To Prevent and Manage Varicose Veins

According to doctors from the National Blood Clot Alliance, women suffer increased risk of DVT if they are pregnant, taking birth control pills, or prescribed hormone-replacement therapy due to increased levels of estrogen.

So if you’re taking birth control pills, pregnant, or taking postmenopausal hormone therapy, talk to your doctor and take his or her advice to prevent DVT.