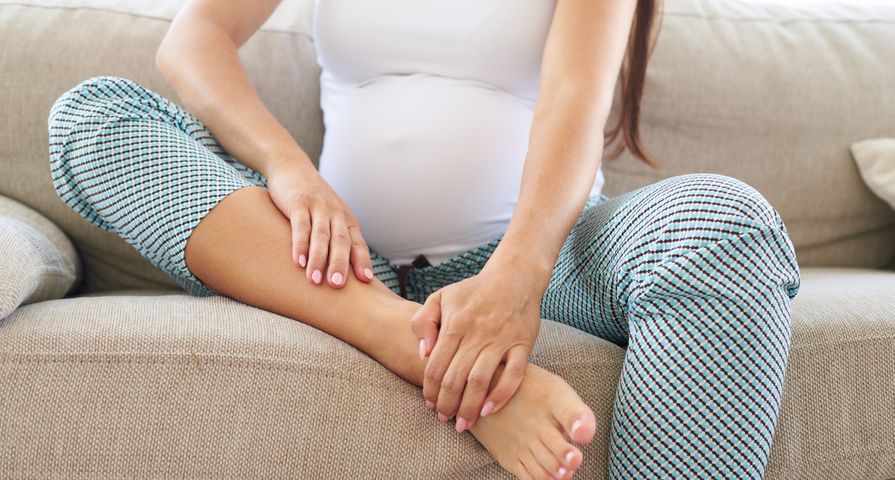 Deep vein thrombosis (DVT) is a serious condition that occurs when a clot (a clump of blood turned into a solid state) forms in one or more of the deep veins in your body. The common symptoms are pain and swelling in the leg, but it’s also possible to have no symptoms at all. This is perhaps the scariest aspect of DVT because the condition can be life threatening.

Blood clots are likely to form during times when a person is restricted in their ability to move around. For example, during long periods of travel (on a plane or in a car) or while working. People who have a medical condition that prevents them from walking are likely to have DVT, as well as people who drive long distances, travel frequently on long flights, or anyone who is stationary for long periods of time. When the legs are still for hours on end, the calf muscles aren’t able to contract. If the calf muscles aren’t contracting then they can’t help circulate the blood which can result in blood clots.

Hospital stays are also known for causing DVT. According to Healthline, the rate of DVT in people who are admitted to the hospital is higher than the general population. “This is because hospitalization often results in long periods of immobility,” writes the source. People who are staying in the hospital should protect themselves by getting active again as soon as they are healthy and able, staying hydrated, using compression hose or boots when in bed and by taking blood thinners (always talk to a doctor before taking any new medications).

Pregnant women have a higher risk of developing blood clots because the baby puts pressure on the woman’s blood vessels which can impair circulation, says the Mayo Clinic. It also causes their estrogen hormones to increase which allows blood to clot easier. This increased risk will continue all throughout pregnancy and even into the six weeks following birth.

The risk of DVT for pregnant women can’t really be avoided, but there are many things a woman can do to protect herself. For example, stay active throughout your pregnancy and avoid sitting for long periods of time. Do your best to maintain a healthy weight, stay hydrated, and even wear compression stockings, if necessary. Anyone with an inherited blood clotting disorder or history of blood clots should take extra care to protect themselves by talking to their doctor for tips on how to reduce their risk.

Genetics can play a role in whether or not a person will develop blood clots or are more prone to developing them. For example, there are blood clotting disorders that cause a person’s blood to be thicker than normal as it moves through the body. It’s important to note, that genetics on their own don’t necessarily mean the person will develop DVT, but can be dangerous if combined with other risk factors.

Some examples of common blood clotting disorders are factor V Leiden thrombophilia, says VeryWell Health, which is a specific gene mutation that increases a person’s chance of developing blood clots. There’s also prothrombin 20210 mutation (also known as factor II mutation). Prothrombin is a protein in the blood that helps with coagulation. Someone with this inherited gene disorder may have too much prothrombin in their blood, making them more likely to develop clots. The last example is hereditary antithrombin deficiency (antithrombin II deficiency or AT III deficiency) which is another disorder that can increase a person’s risk of DVT or pulmonary embolism.

Birth control pills and any medication associated with hormone replacement therapy have been known to cause or increase a person’s risk of developing blood clots. No matter what the method is, oral medication, the patch, or a vaginal ring — they all carry a level of risk because they contain estrogen. However, VeryWell Health notes that the pill tends to present the lowest risk. Also, certain brands carry more risk than others. Medications containing “progestin hormones desogestrel and drospirenone are more likely to cause blood clots than other birth control pills.”

Even with the heightened risk, it’s still rare to have DVT as a result of birth control. Doctors who know their patients medical history (i.e., any potential risk factors like smoking, family history of blood clots, etc) can advise their patients accordingly. Without the pill, the risk for a healthy woman to develop a blood clot is extremely low. For every 100,000 women aged 15 to 44-years-old, only between five and 10 will have a blood clot in any given year.

No matter what the reason is behind an injury, whether it be accidental or intentional (i.e. surgical incision), clotting will occur to help stop the bleeding. Blood clotting is one of those wonderful things our body does naturally in order to protect itself. Proteins in the blood allow the blood to coagulate at the site of the wound.

VeryWell Health explains that clotting helps prevent someone from bleeding to death. Unfortunately, it can also cause a blood clot to form inside one of the deep veins which can later develop into DVT.

It is possible for our blood vessels and veins to become damaged. It’s most likely to occur if “you badly hurt your muscle or fractured a bone, the inner lining of a nearby vein could have been damaged,” writes WebMD. If this happens, the chances of a blood clot become more likely.

Any person who undergoes major surgery to their stomach, pelvis, hip, or leg will also be more prone to DVT.

Inactivity or a Sedentary Lifestyle

Exercise is one of the best ways to protect against blood clots because inactivity and a sedentary lifestyle are among the biggest culprits for blood clots to occur in the first place. The deep veins in the legs need the muscles to contract in order to circulate blood back to the lungs and heart. If the muscles aren’t moving, then the blood isn’t circulating and will begin to pool in the legs.

Similar to pregnancy, obesity can increase pressure in the veins in a person’s legs and pelvis which puts them at a higher risk for developing clots. The higher the body mass index (BMI), the greater the risk is for DVT. Body mass index is a formula used to measure how much fat a person has in comparison to their height and weight.

Another reason obesity increases a person’s chances of having DVT is because their heart has to work harder to pump blood throughout the body. “This added stress on the heart can lead to limited heart function and congestive heart failure, which significantly increases the chances of DVT and pulmonary embolism,” explains VeryWell Health. Some people will undergo bariatric surgery to help get their weight loss journey started, but again, VeryWell Health points out that DVT is actually one of the more common complications of this procedure.

Smoking has a huge effect on blood clotting and circulation, says the Mayo Clinic. A study published in PLOS Medicine found that this nicotine habit greatly increases a person’s chances of having DVT. While it doesn’t directly cause DVT, people who smoke are also more likely to be overweight, have heart disease, stroke, and develop cancer — all of which are other major risk factors for this condition.

Certain health issues and conditions can create a risk for DVT that otherwise wasn’t there. Heart disease, and some inflammatory bowel diseases, such as Crohn’s disease or ulcerative colitis have been known to increase the risk of DVT or pulmonary embolism. The Mayo Clinic writes, “Because people with heart failure have limited heart and lung function, the symptoms caused by even a small pulmonary embolism are more noticeable.”

There are also some forms of cancer that can increase “substances in your blood that cause your blood to clot,” writes the Mayo Clinic. Patients should be aware of all risks and side effects of their cancer treatment because some can increase their risk of blood clots.

Another risk factor is a family history of DVT or pulmonary embolism. If someone in your immediate family, such as a parent or sibling, has experienced either of these conditions, then you could also be at risk. If both parents had DVT then the chances are even higher. Someone who had DVT previously or any other blood clots in general, will also have a higher chance of developing them again. WebMD states that 30-percent of people who’ve had DVT will have it again.

In addition to family history, age can play a role. According to the Mayo Clinic, as we age our risk increases. People over the age of 60 are at the highest risk for DVT.

How to Lower Your Risk

As with any other health condition, sometimes there are risk factors that are out of your control like, age, family history, and genetics. Luckily, there are many we can change, such as smoking, sedentary lifestyle, and weight loss. There are also lots of tips and tricks to maintain good blood circulation and protect against future clots.

Our first recommendation is to stay active. Exercise plays a huge role in lowering a person’s chances of developing blood clots. Avoid sitting for long periods of time, even when you’re stuck on a plane, do your best to get up and stretch your legs every two hours. If that’s not possible, make sure to move your legs around while seated. WebMD suggests raising and lowering your heels while keeping your toes firmly on the ground or vice versa. In addition to moving around, wear loose fitting clothing, drink lots of water, and avoid drinking alcohol. Dehydration can cause the blood vessels to narrow creating the prime environment for blood clots to form, says WebMD.

If you’ve recently undergone surgery, try to get moving as soon as it has been cleared by a doctor. Even while you’re still on bed rest, a simple leg lift in bed will help keep the blood flowing.

Lastly, people who are at a heightened risk for blood clots should talk to their doctor about what they can do to protect themselves. Your doctor might recommend taking blood thinners, a medication to help prevent clots. You might also be told to wear compression stockings which fit tightly around the ankle and calf to prevent blood from pooling in the legs.