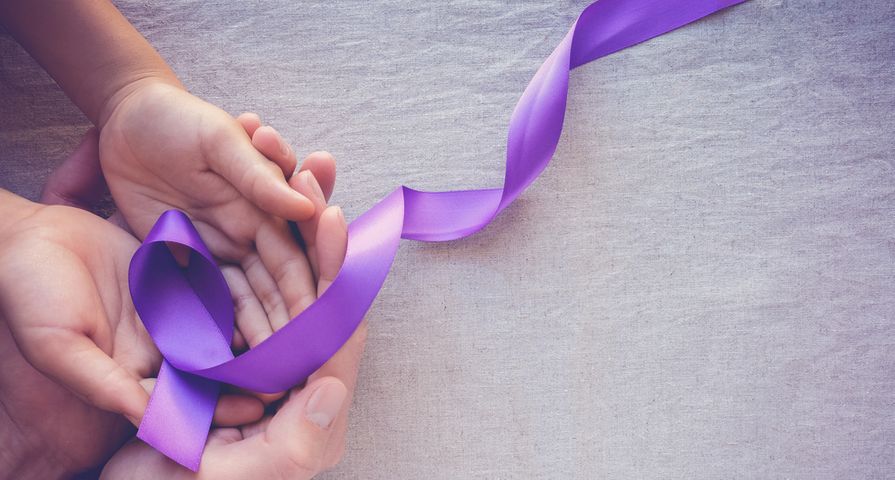 Pancreatic cancer is one of the more fatal forms of the disease. The American Cancer Society estimates that, in 2021, about 60,430 people in the U.S. will be diagnosed with pancreatic cancer, and of that number, 48,220 aren’t expected to survive.

However, pancreatic cancer only accounts for about 3-percent of all cancers in the country, adds the source. Like all cancers, finding it as early as possible is always the best scenario to start treatment and to hopefully affect a cure. Here are 12 things to know about the disease to recognize the signs…

Not surprisingly, pancreatic cancer begins in the tissues of your pancreas, which is responsible for enzymes that help break down foods and hormones to manage your blood sugar levels.

The Mayo Clinic says pancreatic cancer is a form of cancer that spreads rather quickly to nearby organs and is seldom detected in its earliest stages, which is why the clinic suggests getting screened if you have a family history of the disease or pancreatic cysts.

How the Disease Develops

The Mayo Clinic explains that pancreatic cancer is the result of mutations of the DNA of pancreatic cells, and in short, too many cells are formed. “These mutations cause cells to grow uncontrollably and to continue living after normal cells would die,” explains the clinic.

The source says most cases of pancreatic cancer begin in the cells that line the ducts in the organ. The excess cells develop a tumor and left untreated, the cancer can spread to organs and blood vessels.

WebMD says the exact cause of pancreatic cancer is still unknown but confirms it’s a result of pancreatic cells dividing and spreading “uncontrollably” and resulting in a tumor.

While there isn’t a pinpointed reason as to why some people develop pancreatic cancer, there are a number of risk factors that can contribute to developing the disease, which we’ll discuss later in this article.

WebMD also notes there’s actually more than one type of pancreatic cancer, depending on where in the pancreas the disease starts. In the case of exocrine pancreatic cancer, which itself has subtypes, the source says 95-percent of the cases are from pancreatic adenocarcinoma – starting in the part of the organ that produces enzymes.

The source says the other type is called endocrine pancreatic cancer, which are cancerous tumors arising from cells that produce hormones that are released directly into the bloodstream. This form of pancreatic cancer is rare.

The symptoms of this deadly disease often don’t present themselves until the disease has advanced. WebMD says the symptoms may vary depending on the location of the cancer.

In some rare cases, doctors might get an earlier glimpse at pancreatic cancer and be able to diagnose it more quickly due to dark urine, light-colored stool, or jaundice. “Unfortunately, researchers have been unable to identify any predictable pattern,” adds the source.

WebMD says islet cell tumors, also called neuroendocrine tumors, can produce some unusual symptoms. This type of tumor only accounts for about 5-percent of all pancreatic tumors and can produce symptoms including abdominal pain, weight loss, and nausea.

However, hormones released from an islet cell tumor can result in rare symptoms, including an excess of the hormone that regulates glucose in the blood (leading to low blood sugar), diarrhea, excessive thirst, frequent urination, stomach ulcers, and facial flushing.

Symptoms that are more confined to the pancreas include jaundice (yellowing of the eyes and skin), and upper abdominal pain (that typically radiates to your back), as well as bloating, nausea, and vomiting.

According to WebMD, as the cancer “grows and spreads,” it can cause body-wide symptoms. These symptoms include unexplained weight loss, general feeling of malaise, loss of appetite, and elevated blood sugars (because in some cases, the pancreatic cancer blocks the body’s ability to regulate blood glucose).

The source says up to 25-percent of pancreatic cancer cases are linked to smoking tobacco, with the risk increasing depending on volume and duration. The good news is the “risk goes down as soon as you quit smoking” and continues to lower the longer you abstain from cigarettes.

Meanwhile, “possible” risk factors include alcohol, lack of exercise (inactivity), eating processed meats, exposure to chemicals at work, Hepatitis B, gum disease, cystic fibrosis, and cirrhosis of the liver. It’s important to note that pancreatic cancer can occur in people who have none of the above risk factors, says the American Cancer Society.

The source notes some studies have tied a higher risk to alcohol, as “heavy alcohol use” is a common cause of chronic pancreatitis (or inflammation of this important organ).

The American Cancer Society estimates that up to 10-percent of all cases of pancreatic cancer are hereditary or familial, meaning at least two close relatives (parents, sibling, or child) or any three family members have been diagnosed with pancreatic cancer.

If your doctor suspects something is up based on your symptoms, they will likely order imaging tests of your abdomen to get a glimpse of your internal organs. Other methods of confirming pancreatic cancer include using a scope to take pictures of the organ, a tissue sample (biopsy), or a blood test.

Once a doctor has confirmed that you indeed have pancreatic cancer, the next step is to determine the stage of the disease. From this information, the medical team will be able to determine the best course of treatment.

Again, the treatment of this cancer depends on its stage at diagnosis, according to the Mayo Clinic. These options may include surgery to remove all or part of the organ. “You can live relatively normally without a pancreas but do need lifelong [glucose regulation] and enzyme replacement,” adds the source.

Meanwhile, other traditional cancer treatment approaches such as chemotherapy and radiation therapy (or a combination of both) may be applied. If the cancer has progressed to a point where doctors don’t think treatments will benefit you, the focus will be on symptom relief and palliative/hospice care.