Signs of Pancreatic Cancer You Should Never Ignore 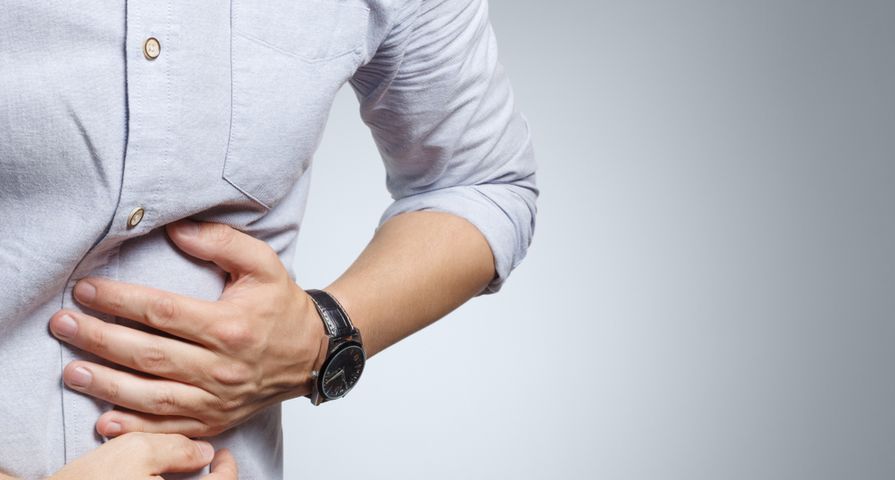 Pancreatic cancer is one of the most aggressive forms of the disease – in fact, the Hirshberg Foundation for Pancreatic Cancer Research says that it’s the 3rd leading cancer-related cause of death in the U.S.; 91-percent of patients with this form of cancer will die within 5-years of a diagnosis.

Pancreatic cancer is sometimes hard to detect, as it doesn’t always present symptoms early on. However, getting treatment as soon as you suspect a problem may dramatically improve the outcome. Here are 20 signs of pancreatic cancer that should prompt a visit to your doctor…

1. Yellowing of the Skin

Medically known as jaundice, it’s “one of the clearest symptoms of pancreatic cancer,” according to Reader’s Digest. You may notice yellowish hues in your eyes.

This occurs because pancreatic cancer can block the bile duct, meaning bile doesn’t make it to the intestines and builds up in the system. This can show up in your skin or eyes, and it can also become itchy.

There are a lot of things that can make your lower back ache, like hitting a Zumba class too hard, or picking up heavy groceries from the trunk. However, if there’s no obvious reason for your back pain, then you should have it assessed, as it could be a sign of pancreatic cancer.

Women’s Health explains a pancreatic tumor can put pressure on your lower spine and back muscles, “causing a constant, dull pain.” However, while some women may write it off as PMS cramps, if it persists after your period, you should get it checked out.

You may not be in the habit of turning around to check out what you’ve left behind when you use the bathroom, but it might be worth doing a “spot check” now and again. Reader’s Digest says the color of your urine – namely dark brown or rust-colored – can be a clue to pancreatic cancer. This is the result of a substance called bilirubin (a component of bile) building up in the blood.

Another potential symptom of pancreatic cancer is changes in your stool. Experts have suggested to look out for “clay-colored or greasy stools,” which can also be markers for the disease due to the bile duct being blocked. Bile gives stool its brownish color and also helps break down fats.

The mouth can tell you a lot about your overall health, and in the case of pancreatic cancer, you may experience symptoms such as bad breath, inflamed gums, or even loose teeth, according to Reader’s Digest. “Pancreatic cancer patients are known to be susceptible to gum disease, cavities, and poor oral health in general,” it notes.

Researchers from NYU Langone Medical Center found that the presence of mouth bacteria that’s consistent with gum disease raises the risk of pancreatic cancer by 59-percent compared to study participants who didn’t have signs of the bacteria. While this is talked about as a risk factor more than a symptom, it’s still potentially an important finding for prompt treatment.

6. Loss of Interest in Food

Women’s Health magazine says an “early indicator” of pancreatic cancer is lowered appetite, so if you’re not craving food like you normally are, it could be a negative sign in some cases.

If “your favorite dessert makes your stomach turn,” then it could be a result of tumors putting pressure on surrounding organs including your stomach. This can create a false sense of feeling full, and you may feel sick or experience pain when eating (which won’t help you eat more).

Some people may be thrilled to find the scale reading lower, but obviously not if the reason is tied to a potentially deadly disease. If you haven’t been dieting or haven’t increased your activity level and you’re still losing weight, then it’s time to pay attention.

Women’s Health magazine confirms that cancer may cause you to lose your appetite and interest in your favorite foods, which in turn can mean losing weight. Even if you’re still eating and losing weight for no reason rather quickly – specifically more than 5-percent of your body weight in 6-months to a year – then it’s time to visit your doctor.

Here’s another one that’s more of a risk factor than a symptom. If you’ve been diagnosed recently with type 2 diabetes, then you should be on guard for other health issues, including pancreatic cancer, according to Reader’s Digest.

The source says a Mayo Clinic study found that 40-percent of pancreatic cancer patients were diagnosed with diabetes in the months leading up to a cancer diagnosis. The study explains, “The pancreas is responsible for creating insulin, so the early stages of the tumor may affect the pancreas’s ability to produce insulin, causing diabetes.”

9. Feeling Sick to Your Stomach

Maybe you have stomach flu or you ate a bad crab cake, but those will both be temporary. If you’re often feeling sick or throwing up without an obvious cause (such as being pregnant, for example) then you might want to investigate further.

Reader’s Digest says the cancer pressing on the stomach can cause a blockage, which in turn makes it harder to keep food down. It can also lead to pain that’s worse after eating.

This is a condition that causes inflammation of the pancreas that causes pain, and it’s often the result of gallstones blocking ducts. However, there are times when this condition isn’t caused by stones (or the other main causes, alcoholism and medications) and could be tied to pancreatic cancer.

“Unexplained or chronic pancreatitis can be caused by a small tumor on the pancreas,” notes Reader’s Digest. So, the bottom line here is that it’s important to find the cause of the pancreatitis and not just the diagnosis of pancreatitis.

There’s feeling a bit bloated and then there’s looking “four months pregnant,” says Women’s Health magazine, noting this can be a telltale sign of pancreatic cancer. “Bloating after a big meal is normal, staying that way for days isn’t,” it adds.

The source explains that as the cancerous tumors grow, “they can cause your belly to distend,” which often catches the eye of the patient in the mirror. While it’s probably not cancer, if you notice this kind of change, then it’s not a bad idea to get to the bottom of it.

Prevention says patients with pancreatic cancer are more prone to blood clots, which can cause some severe health problems. The source says it’s not exactly known why there’s a correlation between pancreatic cancer and clots, but it’s suspected that cancer cells “reduce the proteins the body uses to prevent blood clots.”

There can be genetic risk factors for developing blood clots, as well as other causes such as trauma or surgery, but if you don’t fit any of those categories, then you might want to be screened for cancers.

Another common symptom of pancreatic cancer is an enlargement of the gallbladder. The American Cancer Society says that although you may not notice this on your own, a doctor may discover it during a physical exam. An enlarged gallbladder is typically due to the buildup of bile which is caused by a blocked duct.

Similar to an enlarged gallbladder, another common symptom of pancreatic cancer is an enlarged liver. The doctor may notice this as a large lump under the right side of the ribcage, or they may spot it on an imaging test.

The Suncoast Cancer Institute says that you may notice “abnormalities in fatty tissue,” namely an uneven texture of the layer of fat found just below the skin’s surface.

This unusual texture is caused by the pancreatic enzymes that break down fats, which also says this symptom “is common” among pancreatic cancer patients.

A common symptom of pancreatic cancer is a general feeling of extreme fatigue and weakness. The loss of appetite and nutrients in combination with irritable digestion can leave a pancreatic cancer patient feeling overly weak. Many patients have described this feeling as severe fatigue or the feeling of battling a strong strain of the flu.

Another potential sign of pancreatic cancer is severe itchiness of the skin. Itching can be a side effect caused by jaundice, which is one of the most common conditions that may affect people with pancreatic cancer.

Jaundice is caused by a buildup of bilirubin, which is a dark yellow-brown substance made in the liver. This buildup causes a yellowish tint to the skin but is also known to cause excessive itchiness.

Patients with pancreatic cancer often notice flu-like symptoms like chills and a fever. Chills are typically caused by an obstruction of the bile ducts in the pancreas and are a result of digestive disruption.

Diarrhea is another common symptom of pancreatic cancer that goes hand-in-hand with many other symptoms including nausea and stomach pain. Pancreatic cancer can prevent patients from properly absorbing nutrients which can trigger diarrhea.

While diarrhea is a symptom of many types of pancreatic cancer, it can be an indicator of a more uncommon tumor called a VIPoma. This tumor sends more water to your digestive system which can lead to diarrhea.

Another potential symptom of pancreatic cancer is a condition called ascites which causes excessive fluid build-up in the abdominal cavity. This can cause swelling and distention of the belly which may cause severe pain or difficulty breathing.

Similar to ascites, patients may also notice swelling in their legs and feet, which is called oedema. This is caused by a build-up of fluid and can make moving around and breathing quite difficult.