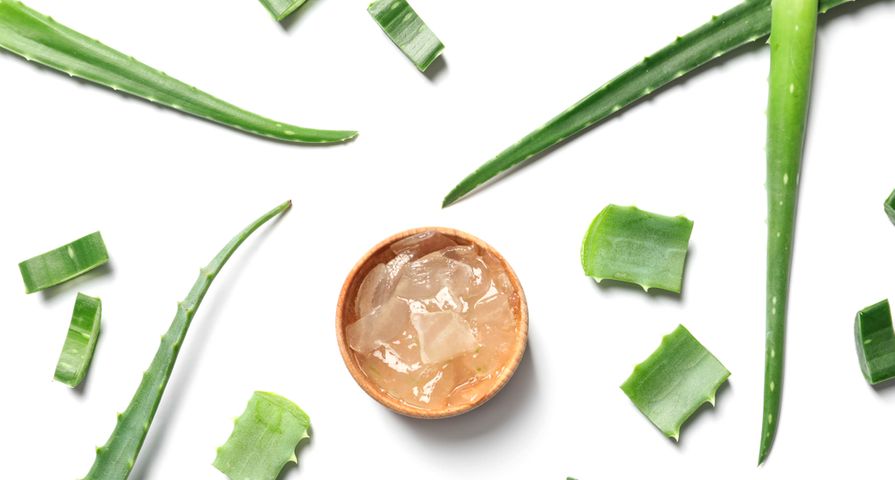 How To Find A Reputable Dermatologist For You

Hives, also known as urticaria, are red, itchy bumps that appear on the skin, usually as an allergic reaction to food, heat, medications, or even stress. Each hive typically only lasts for about 24-hours, says WebMD, however new ones can appear as old ones fade. Minor cases of hives last a couple days, but if the problem is more serious, they can last for up to six weeks.

While hives typically go away on their own, especially after the root cause is determined, there are some remedies that can help ease their uncomfortable symptoms. Here’s a comprehensive list of the most effective natural remedies to relieve hives…

Now, there are many different reasons that a person’s skin will react in this way. Hives are typically a result of an allergic reaction that can be caused by a number of different triggers such as an allergic reaction to food, medications, insect or animal bite, a plant irritant (i.e. nettles). But WebMD notes the root cause can be more unusual and hard to spot triggers like changes in temperature, sun exposure, a bacterial or viral infection (i.e. mono or UTI), or even too much exercise.

In most cases, hives will go away on their own. However, the best way to treat hives is by determining the root cause and avoiding things that can make symptoms even worse, such as alcohol, caffeine, stress, or overheating.

To help relieve symptoms, there are a number of home remedies to try, including these 9…

Witch hazel is an herb that is known to relieve itchiness and swelling thanks to the natural tannins and polyphenols. This topical astringent comes from the leaves and bark of a witch hazel shrub. You can easily make a DIY witch hazel remedy to maximize its benefits, or purchase it from the store and dab it on the affected area.

Healthline advises mixing 5 to 10-grams of witch hazel bark with 1-cup of water. Mash the bark up and pour the mixture into a pot. Bring it to a boil, then remove from heat. Strain this mixture and let it cool before applying to the skin. You can apply this mixture as if it were a mask several times a day. Let it sit on the affected area for about 20-minutes before rinsing it off.

Aloe vera is another well known remedy for skin irritations. The gel-like substance that comes from the leaves of this plant (which is also found in many skincare products) is most commonly used for sunburns, but can also be applied to hives thanks to its healing properties. While it won’t cure the hives, it can help soothe any uncomfortable symptoms and reduce the itch, writes Health.com.

Before using aloe vera, make sure you’re not allergic to it. Test a small amount before applying it to the affected area a few times a day, says Healthline.

Taking a bath is another good remedy for hives. Just be sure to bathe in an anti-itch solution like oatmeal. Believe it or not, oatmeal can soothe hives thanks to its anti-inflammatory and antioxidant properties that promote healing and reduce any itchiness associated with hives. According to WebMD, it has been used by health care practitioners for hundreds of years!

Healthline recommends adding one and a half cups of uncooked or colloidal oatmeal to a bath. Check that the water isn’t too hot before getting in because heat can be a trigger for hives which would make this particular treatment ineffective. Soak in this bath for no more than 15-minutes. When drying off with a towel, gently dab the skin. Don’t rub or scratch at it. You can also use one or two handfuls of baking soda.

When it comes to using a cold compress, it doesn’t have to be fancy. Just grab a bag of frozen peas from the freezer or a handful of ice wrapped in a towel and apply it to the affected area for up to 10 minutes at a time. You can repeat this as needed throughout the day.

Just be mindful of whether it was cool temperatures that caused the hives in the first place. According to Health.com, “People with ‘cold urticaria’ should avoid situations that worsen their symptoms, such as cold water, cold weather, and use of cold packs.”

This isn’t a remedy, but definitely a useful tip to remember! Avoid applying anything that might further irritant the skin like soaps or fragrances. When in the shower or bath, make sure to use soap that’s made for sensitive skin. These are products without fragrance or other irritating chemicals, explains Healthline.

The same goes for moisturizers and lotions. Opt for products that were curated for sensitive skin. Applying them immediately after a bath or shower might help soothe any itching or dryness.

Wearing loose clothing is another useful tip because any kind of fabric rubbing against the skin can increase any discomfort. Avoid fabrics that are “scratchy” or “allergy-inducing,” such as wool. WebMD suggests sticking to cotton. You should also avoid tight fitted clothing to keep body temperature down because overheating can make itchy skin even worse.

Another way to keep cool is avoid direct sunlight and keep the house at a cool and comfortable temperature, suggests Healthline.

Hives can sometimes be a result of emotional stress. Both long term and short term stress take a toll on the body’s immune system. The body responds to this by sending out histamine. “Histamine release doesn’t make stress go away, but can cause hives to start popping up in various places,” writes Dr. Axe. “Basically, this is an allergic reaction to stress and your body is sending out visible signals (hives) to let you know that it’s time to chill out.”

Practicing de-stressing techniques like meditation, exercise, yoga, massage, journaling, or muscle relaxation might be all it takes to relieve any symptoms associated with hives.

Some Vital Reasons to Use Sunscreen

Acupuncture might fit into the “de-stress” category, but it’s also another natural treatment option for hives, particularly people who experience chronic hives. Dr. Axe explains that acupuncture is a traditional Chinese medicine practice that works by stimulating specific points in the body with thin needles. When it comes to hives, the goal is to reduce swelling and itching. It also tries to discover the root cause, such as any imbalances or triggers.

Use an Over-The-Counter (OTC) Anti-Itch Drug

According to Healthline, “not only can OTC options relieve itching and irritation, they can target your body’s histamine response, which is what causes hives to appear.” One of the most common OTC anti-itch drugs is calamine lotion. This is a popular go-to for itchiness or any kind of skin irritation. You can use a pad or cloth to apply calamine lotion to the skin.

Be careful with topical treatments like hydrocortisone cream as some people can be sensitive to these types of medications. If the area is sore, infected, or has open wounds, lotions and creams can make the problem worse.

Other OTC options are oral antihistamines such as Benadryl (diphenhydramine), Claritin (loratadine), and Zyrtec (cetirizine), all of which can help reduce the redness and itchiness of hives are  is Benadryl (diphenhydramine). “Antihistamines work on histamine, which is released by mast cells — a certain type of immune system cell — in the presence of an allergen or an irritant,” writes WebMD.

Hives are usually an allergic reaction that if severe enough, can require medical attention. Monitor the situation carefully. If the problem persists for several days, WebMD advises calling a doctor.

In rare cases, hives are a product of a serious allergic reaction called anaphylactic shock. Healthline notes that immediate medical attention is needed if there is any swelling in the throat, difficulty breathing, or symptoms are only getting worse. In severe cases, a doctor can provide an infection of epinephrine (a type of adrenaline), writes the source.