Everything You Need to Know About Multiple Sclerosis 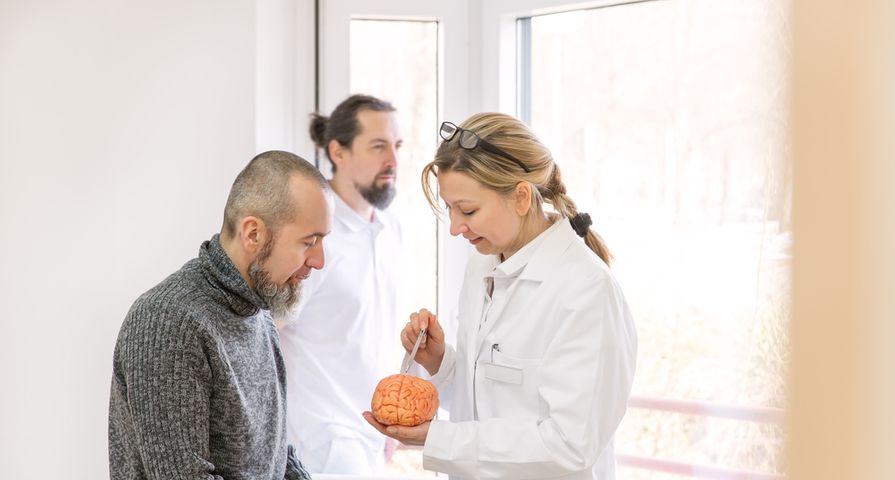 Multiple sclerosis often referred to as MS, is quite common in this part of the world. In fact, according to statistics from AtlasOfMS.org, North America has the highest prevalence of neurological/autoimmune disease in the world, with more than 200 cases per 100,000 people.

The U.S. has more than 913,000 cases of MS, while Canada has upward of 90,000. Worldwide, more than 2.8-million people are living with the disease, which the source also shows has a particularly high prevalence in Sweden, Norway, Germany, and Italy. Let’s look at what MS is, what it means for patients and the current outlook.

According to Healthline, MS is both a neurological and autoimmune disease. That means while the chronic disease affects the nerves (and related functioning), the patient’s own immune system is attacking healthy cells.

There is a protective coating over nerves called myelin, which is what the malfunctioning immune system strips away, notes the source. This can cause varying symptoms and severity, which we’ll explain next.

Who Does It Affect?

You already know the U.S. and a handful of other countries around the world are hotspots for MS. But who in particular is at more risk of developing the disease? According to Healthline, the typical MS diagnosis is of adults from age 20 to 50.

However, the source also makes it clear that children can also develop MS, as well as those over 50. In the latter case, it’s called “late-onset MS,” which can be more of a challenge to diagnose as other later-life conditions can overlap with it.

There’s a wide range of associated symptoms associated with MS, says WebMD. However, it lists some of the early/common markers of MS including fatigue, cognitive problems, vision issues, and pain in various parts of the body. At times the symptoms could improve, and then get worse again.

“No two people have exactly the same symptoms,” explains the source, and the symptoms can be unpredictable. Symptoms can make a one-time appearance and be gone, or they could get worse in a matter of weeks. It’s important to keep track of what’s happening to share with a doctor.

Medical News Today lists several symptoms that could still point to MS, but are less prevalent among patients. For example, some patients experience headaches, (which might fall under the pain category.) However, there’s also a chance of hearing loss, breathing problems, speech issues, and trouble swallowing, the source adds.

Another less common symptom mentioned by the source that may make an appearance is an itching sensation. Finally, MS patients are also at higher risk of urinary tract infections (UTIs).

Other serious signs can be associated with MS, explains the Mayo Clinic. For example, a patient could experience muscle stiffness, and they might even develop paralysis (usually in the legs).

The source adds other possible complications such as bladder/bowel issues, as well as cognitive changes that could mean forgetting things more often or experiencing mood swings. There’s also a risk of depression and even epilepsy (seizures), the source adds.

There Are Different Types of MS

While multiple sclerosis is an all-encompassing term, there are actually different types, according to the MS Society of Canada. These include clinically isolated syndrome, relapsing-remitting, secondary progressive, and primary progressive. The clinically isolated version is the earliest form of the disease, and is a single neurological “episode” that can be connected to MS, adds the source.

It explains relapsing-remitting is when new symptoms appear or existing ones get worse. From here, it says, the majority of patients will transition to secondary progressive – “progressive worsening and fewer relapses” – while primary progressive has no relapses but rather a “slow accumulation of disability,” the source explains.

Medical News Today says that medical scientists haven’t quite figured out the exact cause for MS, but they have identified some risk factors. For example, it’s a relatively young person’s disease, usually diagnosed from age 20 to 50. The source also notes that women are two times more likely than men to develop most forms of the disease.

Researchers believe there could be a genetic factor, but that there also needs to be an “environmental trigger” for the disease to manifest. There’s a higher prevalence of MS patients who smoke, as well as a possible higher risk of MS from certain viral infections (such as Epstein-Barr virus and mononucleosis, it notes). Another area of interest for researchers is how much vitamin D plays a role, as MS affects more people in regions with less bright sunlight.

The Mayo Clinic says there are no tests designed specifically to detect MS. Doctors often rule out other possible causes of symptoms, which is referred to as a “differential diagnosis,” it explains.

However, there are some more involved tests to help in this process. For example, the site notes blood tests can look for MS biomarkers, while a spinal tap can show associated abnormalities with antibodies. The doctor may also order an MRI that can show lesions on the brain or spinal cord that are also connected to the disease.

The Mayo Clinic says there are treatments to target symptoms, while others are focused on slowing the progression of the disease. For MS attacks, doctors may use oral or intravenous steroids to reduce inflammation of the nerves. If that isn’t effective, they might also order a plasma exchange that separates plasma and blood cells, the latter mixed with protein and introduced back into your system.

Infusion Treatments Are Another Option

Meanwhile, the source explains that for primary-progressive MS, ocrelizumab (Ocrevus) is the sole FDA-approved drug to be used as a disease-modifying therapy (in other words, there’s a slight chance it will slow down progression). Clinical trials showed promise that this infusion treatment could reduce relapse rates and slow the progression of disability.

Another infusion treatment is alemtuzumab (marketed as Lemtrada and Campath) for relapsing types of MS. It explains the treatment targets a protein on immune cells while depleting white blood cells to limit nerve damage. This treatment requires five days in a row of infusions, with three more consecutive infusions a year later. Patients must be “registered in a special drug safety monitoring program” to receive this treatment, which is meant for fast-progressing MS that hasn’t responded to other drugs. While this treatment is FDA-approved, it can also carry serious side effects.

Other Ways to Manage the Symptoms

Aside from the medical treatments available to help mitigate the symptoms of MS, there is a thing or two you can do as a patient to help as well. One of them, according to Healthline, is by ensuring you stay out of the hot sun. This is because heat intolerance (that can lead to relapses) is common among MS patients. Try to turn to air conditioning when possible indoors, sip cool drinks, and even use cold compresses when needed.

Meanwhile, you may want to consider adding more vitamin D to your diet, as a lack of it has also been linked to the disease. “The nutrient can act as a protector against MS, and it may lead to fewer relapses in people who already have the disease,” it notes. While the sun helps your body produce vitamin D, it can also cause relapses – so try fortified milk, cod liver oil, salmon, and eggs as natural sources of it, the source suggests.

What Is the Outlook for MS Patients?

As Medical News Today puts it, MS is an unpredictable disease with symptoms that can pop up and disappear. In cases of relapsing-remitting MS, you could have extended relief from symptoms that come back even worse. For primary and secondary MS, the symptoms will slowly progress, the source adds.

However, the more positive news is that MS is “rarely fatal” according to the source. In fact, life expectancy is the same for most MS patients as for those without it. Only some people will experience disabilities that will require assistive devices like a cane. With the right lifestyle adjustments such as eating healthy and getting light exercise (which can boost mood), as well as maintaining treatments, “Most people can enjoy a good quality of life with MS.”