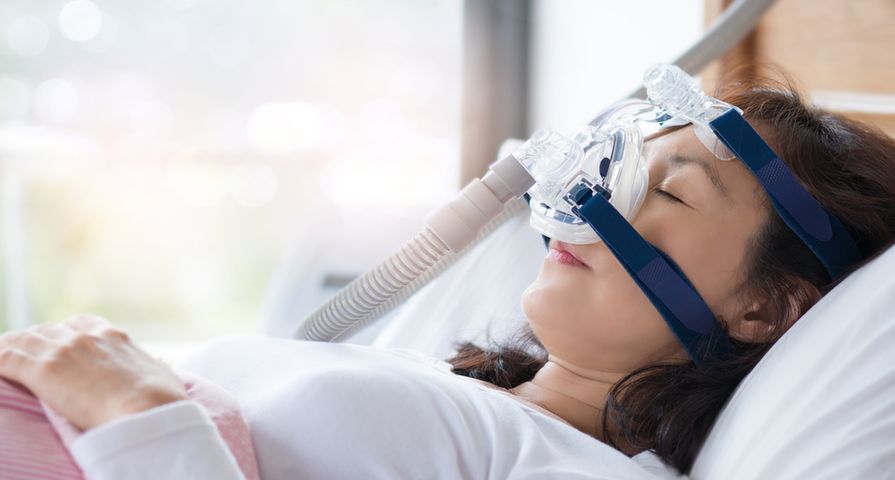 Obstructive sleep apnea (OSA) is a common chronic disorder characterized by repeated episodes of upper airway obstruction during sleep. It’s defined as the cessation of breathing for at least 10-seconds. It results in low levels of oxygen in the blood and causes brief awakenings throughout the night. Symptoms may include loud snoring, disrupted sleep, and excessive daytime sleepiness.

An overnight sleep study is required to diagnose OSA. The mainstay for treatment of OSA is continuous positive airway pressure (CPAP), but there are also some natural remedies patients can try. Complications of untreated OSA may include high blood pressure, heart disease, headaches, motor vehicle accidents, depression, and even death. To better understand this condition, let’s take a look at the 7 most common causes of obstructive sleep apnea…

Greater than 50-percent of individuals diagnosed with obstructive sleep apnea (OSA) are either overweight or obese.  Body mass index (BMI) is a marker used as an indirect measurement of body fat.  A BMI can be calculated using mass in kilograms (kg) divided by the square of an individual’s height in meters (m).  An individual BMI of 25-29.9 kg/m2 is designated overweight, while a BMI of > 30 kg/m2 is designated obese.

In recent clinical studies, excess weight is the strongest risk factor associated with the development and progression of OSA in adults.  Fat deposits in the tissues surrounding the upper airways cause intermittent obstruction while sleeping.  A 10-percent weight gain may increase the odds of developing moderate to severe OSA by six times, while each unit increase in BMI is associated with a 14-percent increased risk of developing OSA.

Enlarged tonsils or adenoids are the most common cause of upper airway obstruction, and hence obstructive sleep apnea (OSA), in children.  The tonsils represent clusters of lymphatic/immune tissue at the back of the throat, while the adenoids represent the equivalent structures at the back of the nose.  Earlier clinical studies have established an association between OSA and behavior and sleep problems, low energy levels, and overall decreased daytime functioning.

An excessive overbite in which the upper teeth cover the lower teeth by more than 50-percent has the potential to cause severe snoring and may actually cause obstructive sleep apnea (OSA).  Mouth breathing is a common association with this degree of overbite.  The lower jaw can sit quite far back with an overbite of this magnitude, which can cause narrowing of the upper airway with intermittent obstruction.

Surgery to reposition the jaw is typically the recommendation for individuals suffering from OSA induced by an excessive overbite.  During the surgery (named maxillomandibular advancement), the upper and lower jaws are moved forward to increase the size of the airway.  The increased size of the airway prevents upper airway obstruction and can be definitive treatment for OSA caused by an excessive overbite.

Put a Rest to These 7 Environmental Impacts on Sleep

Many individuals with a deviated nasal septum experience no symptoms.  Those individuals with symptoms often complain of nasal congestion, nosebleeds, snoring, or OSA.  In symptomatic individuals, surgical correction of the deviated nasal septum is highly recommended.  The surgery can be performed entirely through the nostrils (no external bruising or incisions) on an outpatient basis (no hospital stay).  It should be noted; individuals opting for surgery typically have increased nasal congestion/obstruction post surgery that resolves over several weeks.

Menopause may lead to the development of obstructive sleep apnea (OSA).  Menopause is defined as the absence of menstrual periods in women for 12 consecutive months.  During menopause, women experience ever decreasing levels of the sex hormones estrogen and progesterone.  Both of these hormones assist in the promotion and regulation of sleep.  It’s no surprise that sleep suffers as the levels of these hormones decline.  In the United States, the average age of the onset of menopause is 51-years.

Polysomnography: 6 Things to Expect from a Sleep Clinic

A large neck circumference, or the distance around the neck, may lead to the development of obstructive sleep apnea (OSA).  As an individual gains weight, one area of the body that increases in circumference is the neck.  Additionally, fat tissue increases in other areas of the body such as the base of the tongue and tissues surrounding the upper airways.  The increase in fat tissue crowds the throat and upper airways leading to intermittent obstruction.

Smoking may lead to the development of obstructive sleep apnea (OSA).  Smoking irritates the tissues of the upper airways leading to inflammation.  The inflammation reduces the space for air flow and can cause intermittent obstruction.  In a clinical trial published in Sleeping and Breathing, researchers established smoking as an independent risk factor for the development of OSA.  Current smokers are 2.5-times more likely to develop OSA.

Other mechanisms that may play a role in smoking causing OSA include poor sleep quality and increased time arousing from an episode of apnea.  Smoking has been linked to sleep deprivation and sleep fragmentation (frequent awakenings), which often contributes to poor sleep quality and the development of OSA.  Smoking also has been associated with a decrease in the stimulus to trigger arousal during an episode of apnea, or cessation of breathing, which can lead to longer episodes of apnea and greater levels of oxygen deprivation.