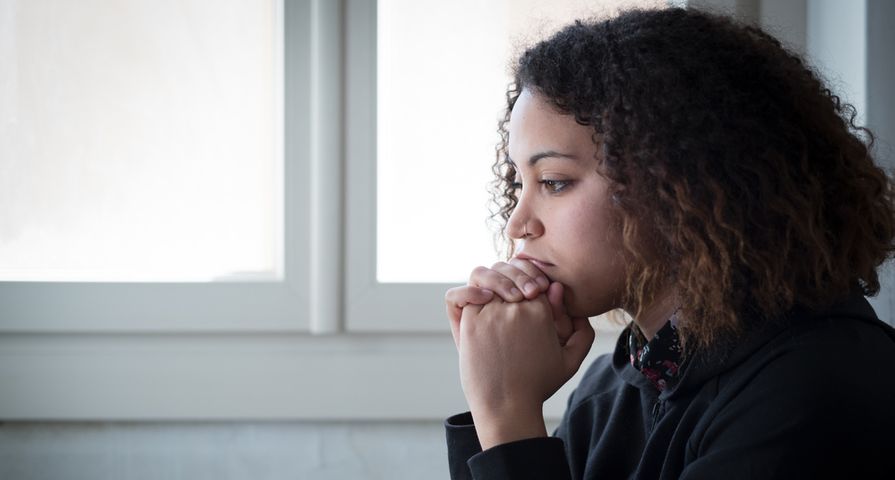 Depression is more than just a stretch of bad days. It’s a medically recognized mood disorder that, when left untreated, can wreak havoc on your peace of mind and those around you. Depression causes persistent feelings of hopelessness, decreases energy levels, and creates a loss of interest in activities you once enjoyed.

More importantly, just like most medical conditions, depression can be treated. If you’re one of the 4.7-percent of adults who experience regular feelings of depression, understand that you are not alone and there are many places that you can turn to for help.

If you’re curious as to why, then come along as we analyze the many causes of this insidious mental health disorder.

In a lot of cases, experiencing these common symptoms of depression following a traumatic event is a natural part of an individual’s recovery process. Sometimes though, these feelings can persist for weeks, months, and eventually lead to depression.

Depression is not a normal part of the aging process, but risk factors are known to increase with age. Why? A downward-trend in an individual’s quality of life is one factor, as is the risk of developing depression following a major life stressor such as losing a spouse or a friend.

Though there is no evidence that the causes of depression change as a person ages, the healthcare, morbidity and mortality consequences of depression are often much more severe in older adults.

Medication induced depression is not uncommon. Antidepressants, corticosteroids, and even certain antibiotics have been known to cause symptoms of depression in patients. Many women report experiencing feelings of depression when taking birth control pills too.

If you believe the medication that you’ve been prescribed is the cause of your depression, tell your doctor immediately! If you’ve just started taking a new medication and you’re unsure, it’s important to keep a journal and note the day and time of your symptoms as they develop.

A workplace environment rife with conflict, chaotic personal relationships and tumultuous interactions with friends and family members can motivate feelings of helplessness, stress and anxiety. The wax and wane of depression symptoms in women for example have been linked to overall spousal relationship satisfaction.

In short, interpersonal conflict creates stress and anxiety in individuals which, in certain cases, can lead to medical depression if left untreated for long enough.

Feelings of sadness, grief and hopelessness are particularly acute following the loss of a loved one. Everyone is different, and everyone processes grief differently. Having said that, the grief associated with loss can become clinical depression if left untreated.

If an individual’s symptoms never let up, if they begin isolating themselves, or if they are unable to function in their everyday life, it might be best to seek support from a professional.

When you take away race and ethnic background, women experience depression twice as often as men. Genetic, biological, social factors all seem to contribute to this staggering phenomenon.

Depression presents itself differently across the gender lines too, with women experiencing the disorder much more internally than the more outward, anti-social way in which it presents itself in males.

It’s possible to inherit a combination of genes from your parents that increase your risk for depression. At least that’s what science says.

Using a method that tested identical twins for heritability, it was determined that genetics are to blame for a 40- to 50-percent increase in a patient’s risk of developing depression themselves.

As we’ve so far learned, there are countless non-genetic factors that also increase a person’s risk of developing depression, but genetics is unquestionably a central one.

As if living with chronic illness isn’t hard enough. Suffering from a prolonged and incurable illness might cause physical pain, but it also increases the risk of developing depression. Chronic illness is often accompanied by pain, disability, and even social isolation, all of which can increase risk too.

More than that, depression can worsen the symptoms of a chronic illness, creating a dangerous and unpleasant cycle. This is why the treatment of chronic illnesses often includes psychological outlets like counseling and group-based therapies.

We are, all of us, small cogs in the global wheel called humanity. So, when some significant, world-shattering cultural event takes over the headlines of your Sunday morning newspaper, you’re probably going to feel something.

Many people find it hard to avoid letting socio-political turmoil impact their everyday life, and a lot of those people are searching for a professional to help them deal with it.

Roughly one-third of those suffering from depression are also struggling with substance abuse. Just as an example, 69-percent of all alcohol sold is consumed by those who have been diagnosed with a mental illness at some point in their life.

It may seem like the effect of the weather on the collective mental health of those nations is trivial, especially when it’s sandwiched between such weighty causes as substance abuse and major life crises. But Seasonal Affective Disorder is a real thing, and it throws roughly 5-percent into a depressed state every single winter.

The link between depression and stress is a primary focus in the journey to understand more about mental illness. What is understood is that the stress that often follows major life events can be a significant contributor.

Roughly 70-percent of first depression episodes and 40-percent of recurrent episodes are directly preceded by a severe stressful life event. Examples of major life events that have been shown to lead to depression include deaths, divorce, and break-ups, humiliation, infidelity and more.

It seems like science learns a new fact about the importance of sleep every single day. It improves metabolism, boosts moods and so, so much more.

On the opposite end, poor sleep habits can wreak havoc on your overall health. When it comes to depression, the two are inextricably linked.

Roughly 77-percent of all Americans use social media in some capacity, which makes its connection to depression that much scarier.

Social media gets in the way of sleep quality, damages users’ capacity to pay attention and so much more. As if the argument to log-off indefinitely isn’t persuasive enough, this study found that limiting social media decreases loneliness and depression.

As you can see, causes for depression abound. Poor sleep, genetics, the weather, social media, substance abuse, gender, and chronic illnesses may all play a role.

Though it may sound overwhelming, it’s important to understand that depression is treatable. Cognitive behavioral therapy, counseling, and mediations are available should your doctor deem them necessary. Never be afraid to reach out and seek help from a professional.