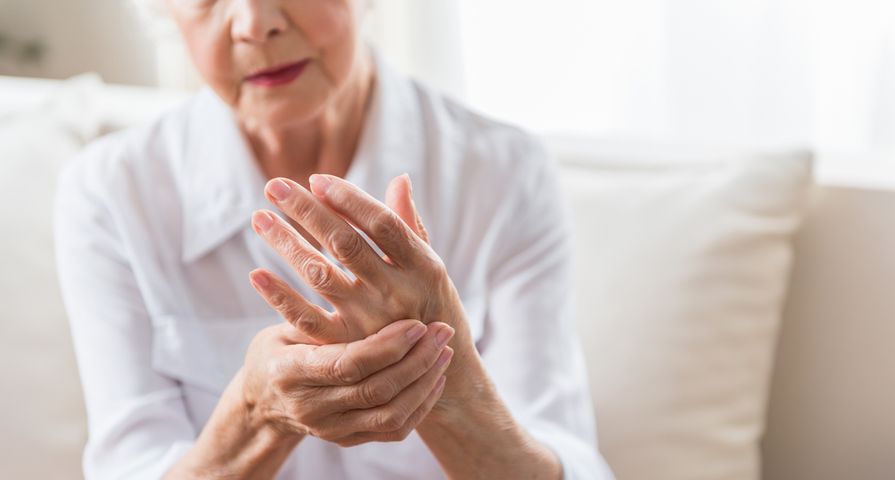 Arthritis is an all too common problem that can prevent sufferers from living the lives they want. The good news is that a physician can help patients with arthritis devise an effective strategy for combating the issue.

The bad news is that there’s a lot of misinformation out there about arthritis. Taking advice from the wrong sources can lead to frustration and could even put your health in danger. Be sure to look out for these dangerous myths about arthritis when seeking treatment…

There’s no denying that moving around can lead to pain when one has arthritis. But people with arthritis should not take this as a sign that exercise should be avoided. Rather, being active can actually help alleviate pain associated with arthritis.

The trick is to work with your doctor or another medical professional to devise a fitness program that can help relieve the pain. Chances are, they’ll recommend a moderate fitness routine that works to improve your strength, balance, and flexibility. Check out these exercises to help manage rheumatoid arthritis!

Okay, most people recognize that pain is, generally speaking, a bad thing. Most of the time it’s a signal that something is wrong with the body and it’s time for something, anything, to change.

However, feeling pain is important, too. Not receiving pain messages could lead to more pain. That’s why it’s crucial that you pay attention to the pain and make changes to your lifestyle to accommodate the pain. Don’t simply take a painkiller to cover the pain up; use it to determine what activities will fit into your routine and what actions will not. Check out these natural ways to relieve arthritis pain!

Many people believe that only very moderate exercise is appropriate for someone who is dealing with arthritis. In reality, the problem is not the intensity of the exercise, but how it impacts the body.

This means people with arthritis should avoid high-impact activities, such as running, tennis, football, or hockey. But there are plenty of high-intensity activities that may actually help alleviate arthritis pain and keep you in shape, including cycling, swimming, speed walking, hiking, and rowing. Talk to your doctor to see what activities are safe and fit your condition.

In the past, some proponents have claimed that apple cider vinegar, which contains beta carotene, can attack the free radicals that damage the immune system. Taking this further, supporters of drinking cider vinegar believe it can sturdy the body, helping to fight arthritis.

Some people claim that eating a lot of dairy can worsen the pain associated with arthritis. But few studies support this position. In fact, a 2014 research project published in the journal, Arthritis Care & Research, showed that women who consumed milk decreased their chances of having their osteoarthritis intensify.

As with anything, moderation is the key here. Over-indulging in dairy products, which can be high in fat and calories, could lead to weight gain, a change that could make the pain associated with arthritis more prevalent.

The raw food diet is generally about eating more fruits and vegetables while avoiding heavily processed foods like hot dogs, french fries, and chocolate bars. But it probably won’t do much to help the fight against arthritis. In fact, in the short term it could cause digestive discomfort as the body gets used to an increase in the amount of fiber you’re taking in.

As with anything, moderation is the key. While eating more fruits and vegetables can be a good thing, remember that your body will need to adapt to this new diet. A diet high in fiber could help you lose weight and help alleviate arthritis pain, but there’s little evidence to suggest that simply eating more fruits and veggies will make the pain go away. Check out these foods that help fight arthritis pain!

In 2014 a study in the journal Nucleic Acids Research showed that the compounds found in red wine could help reduce inflammation and help alleviate pain associated with conditions like arthritis.

However, drinking a bottle of red wine each day won’t solve the problem. True, alcohol can reduce pain, but it can also lead to many other far more significant health issues, such as liver failure and increased blood pressure. Keep your red wine consumption to 1-2 glasses of wine each day.

The thinking behind this myth is that coffee, and specifically the caffeine in it, can make you jittery and increase the pain associated with arthritis. Others claim that drinking too much coffee can lead to gout, a form of arthritis.

The reality is that scientific research shows that coffee can actually prevent the development of gout and other conditions associated with arthritis. Once again, moderation is key: try to avoid consuming more than 1-2 cups of coffee each day.