Home » Your Health » Simple Remedies for Upset Stomach and Indigestion 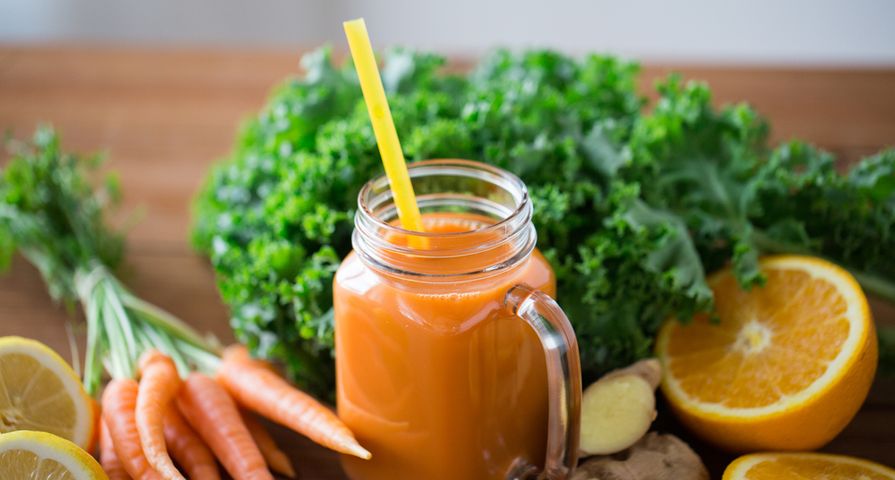 Signs of B12 Deficiency in Women (Plus Causes, Treatment & More)

There’s nothing fun about an upset stomach and indigestion — when it’s bad, it can make carrying out even the most simple activities, like driving to work or looking after the kids, just about impossible. In situations like this many people reach for over-the-counter drugs like bismuth or an antacid.

But these are hardly ideal choices for a couple simple reasons: for one, these options can be expensive, and two, it’s not healthy to pop pills or drink medicated fluids on a daily basis. So, what kinds of more natural remedies are there for upset stomach and indigestion? Surprisingly, there are quite a few, and many of them use ingredients that can be found in the average American kitchen.

One of the oldest and most popular methods for reducing indigestion and soothing an upset stomach is ginger root. In fact, it’s so effective at treating digestive problems that you can buy it in supplement form in most grocery stores or pharmacies. Of course, you can also use ginger root or ginger spice to help with an upset stomach — just add it to a little hot water and sip it slowly. If you’re really desperate for some ginger, a can of ginger ale should also help.

So, why is ginger so effective in helping reduce digestive issues? It’s because ginger root contains chemicals known as gingerols and shogaols, which have been shown to effectively relax the muscles lining the human digestive system.

When you pull a muscle, whether it’s in your neck, back, legs, or just about anywhere else on the body, it’s a good idea to apply heat using a heating pad. That’s because heat can help relax swollen muscles and alleviate pain and discomfort.

But there’s also value in applying a heating pad to the abdomen in the event that you start to experience an upset stomach or serious indigestion. That’s because the warmth of the heating pad can help to loosen muscles in this part of the body, helping you overcome the discomfort and get back to normal. Heating pads are available in a number of formats, from those you fill with hot water to those you warm in the microwave, to those that are unwrapped and used a limited number of times. Just lay down, apply the heat, and try to let the pad do its work.

Rice makes an excellent side dish for a number of reasons: for one, it has a fairly neutral taste and easily absorbs flavors; second, it’s usually cheap and easy to find. But eating rice is also a great way to alleviate upset stomach and indigestion because it has demulcent properties that help coat the lining of the stomach and reduce inflammation.

There are a few ways to get the benefits of rice. You can cook it and eat it if you’re feeling up for a simple, bland meal. Or, if you’re not feeling like eating anything, you can use rice water (or the water that’s left over after you cook rice). To prepare rice water at home, simply use roughly twice the amount of water you’d usually use to cook rice.

Ever wonder why so many restaurants present customers with a handful of peppermint candies after a meal? It’s because peppermint has been shown to help digestive muscles relax, reducing the chance that someone who recently dined will suffer from an upset stomach and indigestion.

But peppermint candies are mostly sugar, so they’re not exactly ideal for treating more serious digestive discomfort. When feeling a little under the weather at home, reach instead for peppermint tea, which can help improve the flow of bile and limit gas and bloating. Simply pour hot water over a peppermint tea bag or, ideally, fresh peppermint leaves.

One of the simplest methods for reducing indigestion and upset stomach is a little hot water with lemon. That’s because the acidity of the lemon can encourage the production of hydrochloric acid, which assists in the digestive process and prevents foods — particularly foods shown to cause indigestion — from causing discomfort. At the same time, the combination of water and lemon can help hydrate the body, which is always a good thing.

Signs and Symptoms of Stomach Cancer

You’ve probably heard that chamomile can help you wind down at the end of a long day and slowly slip into a nice, deep slumber, but did you know it can also help with upset stomach and indigestion? Because chamomile contains anti-inflammatory properties, it has the power to soothe a swollen stomach and relax the muscles of the upper digestive system.

Chamomile is easiest to acquire and consume in tea form — it’s usually available at grocery stores or pharmacies and isn’t particularly expensive at all. Just boil some water, pour over the chamomile tea bag, and sip it slowly.

You might not have carrot juice on hand in the fridge since it’s a bit of a peculiar drink, but if possible, it’s a great go-to for a quick and easy stomach ache remedy. In fact, carrot juice is a popular beverage for anyone who’s battling more than just a tummy ache, like the winter flu as well. Similar to peppermint, carrot juice not only soothes the stomach, but it’s also really healthy! It’s a great source of nourishment.

To make carrot juice at home, slice up four carrots and boil them in four cups of water. Add one teaspoon of dried peppermint, a peppermint tea bag will also suffice. Once the water comes to a boil, turn the heat down to medium-low and cook for another 15 minutes. Voila! It’s done once the carrots are soft! If you used a tea bag, remove it and give it a stir. If you still find you need a little bit more flavor, Reader’s Digest advises added a pinch of ginger, or some lemon juice.

Apple cider vinegar is definitely a jack of all trades and an acquired taste. If you can stomach it, it is great for soothing hiccups, a sore throat, and even an upset stomach! So why does this pantry staple work so well for indigestion? “The acids in apple cider vinegar may help decrease starch digestion, allowing the starch to get to the intestines and keep the bacteria in the gut healthy,” explains Healthline.

To create the perfect concoction, combine one tablespoon of apple cider vinegar, one cup of warm water, and one tablespoon of honey. This should provide some relief to indigestion, cramping, gas, and in other cases when necessary, heartburn.

Usually we try to avoid any dairy provides while experiencing any kind of indigestion or stomach problems, but according to Reader’s Digest, “the probiotic qualities of yogurt — aka live bacteria — make it a good cure as it eases digestive discomfort and boosts your immune system.” One important piece of advice is to choose plain yogurt that has no added sugar or flavor.

Parents.com backs this claim up by listing yogurt as a great remedy for diarrhea. In an article talking to Dr. Sears, he says: “Normally, ‘good’ bacteria live in your intestines that help with digestion. If you have an intestinal virus or diarrhea, good bacteria can get flushed out, which can prolong the duration of the symptoms.” The source also advises mixing the yogurt with live cultures to help the bacteria get back to normal.

Pros and Cons of Apple Cider Vinegar as a Superfood

Everybody loves a good acronym! One of the rules to follow for an upset stomach, ease nausea or diarrhea, especially when it comes to children is to feed foods following the BRAT rule: bananas, rice, applesauce, and toast. “BRAT contains low-fiber, high-binding foods. None of these foods contain salt or spices, which can further aggravate symptoms. This bland diet is a go-to for when you’re feeling sick but still have to eat something,” says Healthline.

In addition to following the BRAT rule, another piece of advice is to just feed bland foods like toast, pasta, oatmeal, yogurt, rice, and applesauce. Avoid food that has a lot of seasoning, sauces, or condiments — anything that could irritate the stomach even more.

Just like the name suggests, this is a go-to for anyone who’s feeling constipated. CRAP stands for cherries, raisins, apricots, and prunes. All of these foods are packed with fiber which means they’ll help get things moving, and as a result ease any stomach aches.

“Appropriately named the CRAP diet, it stands for fruits with fiber that can act to naturally ‘loosen things up’: cherries, raisins, apricots, and prunes,” said Michael Roizen, M.D., who’s also the co-author of YOU: Raising Your Child, alongside Ellen Rome, M.D., and Mehmet Oz, M.D. “For kids under four, it’s smart to puree these foods to decrease the risk of choking,” he added.

How to Choose the Right Blood Glucose Meter for You

No, we don’t recommend mixing a cocktail, although it does sound like one! Believe it or not, a glass of soda with a little bitters can provide relief from nausea. If you don’t like club soda, try mixing bitters with tonic or ginger ale. Healthline notes that most bitters contain cinnamon, fennel, mint, and ginger, which are all known for providing relief and might explain why bitters such a good stomach ache remedy!