The Most Common Early Signs of Alzheimer’s 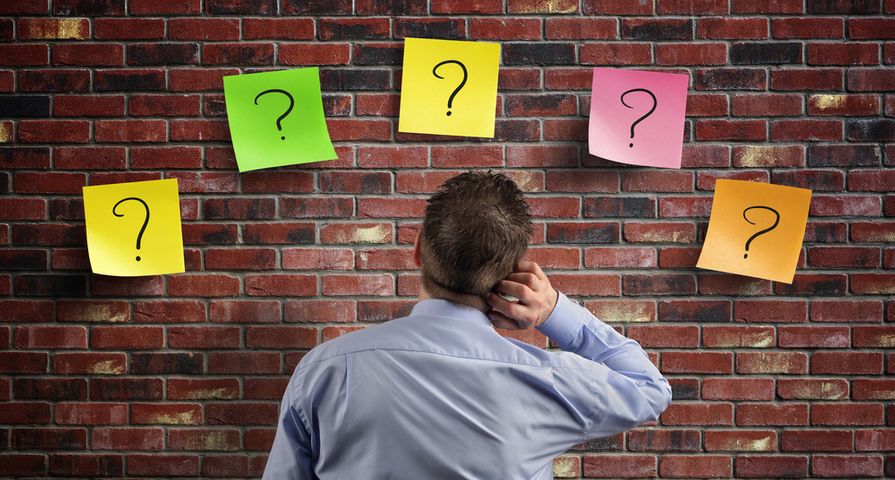 Alzheimer’s is a type of dementia and is also a progressive and fatal brain disease, which will rob a patient of cognitive skills and eventually bodily functions. Often the patient doesn’t succumb to the disease itself, but from complications arising from it.

Recognizing the disease early can help a patient and family prepare to deal with it, but keep in mind there is no cure (although there are treatments that can possibly slow progression or improve quality of life). Here are 12 early warning signs that Alzheimer’s is creeping into your life or that of a loved one…

Alzheimer’s may present itself early from missed doctor’s appointments, or forgetting to get together with a friend you made a coffee date with a couple of days prior. Memory loss (a cognitive function) is the biggest marker of Alzheimer’s, and it will progressively get worse.

The Alzheimer’s Association in the U.S. explains that many patients rely on notes or electronic devices early on to remember important dates, or they may ask you for the same information repeatedly. The association said some older people without Alzheimer’s sometimes forget details like names and appointment times, but it comes back to them.

WebMD explains that a person who is used to cooking may suddenly have trouble with a recipe they’re already familiar with when Alzheimer’s starts setting in. Tasks that require problem-solving and details may become especially difficult for these individuals, it adds.

Another place you may notice an impact is in a person’s financials – they may have trouble keeping track of their bills, which will be more obvious if they have a history of paying bills on time. (For more information, check out our article on Normal Aging vs. Alzheimer’s: Key Differences).

Harvard Medical School explains that Alzheimer’s can change the way a person acts, and cause them to do some unusual things (compared to what they did in the past). While it’s normal for some people to change their social habits as they age, “changes in a person’s basic disposition or temperament aren’t normal and may be signs of dementia,” notes the school. Depression is common among Alzheimer’s patients, it adds.

As far as unusual behavior is concerned, the patient might be more prone to wandering (and perhaps getting lost), wearing clothes that don’t suit them or their environment, or engaging in “unsafe” behaviors, it adds. A well-mannered person may also suddenly start using foul language as the disease sets in.

WebMD notes that “vocabulary becomes hard” for patients experiencing Alzheimer’s. They may not know the right word to use to describe something, or they may call objects but the wrong name, it adds.

Having a normal conversation with someone can become a challenge, so some patients may just start avoiding chatting with people, notes WebMD. The patient may also not respond because they don’t know what to say, or repeat themselves, it adds.

This can be traced back to the behavioral changes, but we’ll get into a bit more detail about it here. The Alzheimer’s Society (UK) explains that a person developing Alzheimer’s may stash items away, which “may be an attempt by the person to remain in control of their situation,” notes the source.

The patient may also be experiencing delusions that people are trying to steal their belongings, leading to hiding them. The patient may then not remember where they put an important item, which is frustrating for both the patient and caregivers that have to help them track it down, it adds.

The U.S. Alzheimer’s Association notes a patient may have “trouble understanding visual images and spatial relationships,” meaning they may not be able to judge distance as well – which is a bad thing when it comes to driving. (On that note, people with dementia may lose their way on a route they’ve driven many times).

Other visual impacts could be trouble reading, and determining colors and contrast, which could also lead to trouble behind wheel, adds the source. This type of visual difficulty is not associated with normal aging unless cataracts are involved, it notes.

Some choices can be hard to make, which can be made all the worse if you have Alzheimer’s creeping in. Healthline.com notes that this can affect financial decisions in particular, and that this symptom “often causes detrimental financial effects.”

A person with early Alzheimer’s may become more vulnerable to door-to-door salespeople, or donate “large amounts of money to telemarketers,” adds the source. If you notice a loved one being more liberal with their spending or suddenly not being able to make ends meet, you may want to keep an eye out for other symptoms.

You may notice that a loved one who usually takes great care to ensure they are presentable to the world has let their look slip a little, or they are wearing the same clothing repeatedly. This can be a sign of Alzheimer’s, according to CBS News.

They may show evidence of not brushing their teeth or washing up. “They may not remember why they even need to bathe or brush their teeth,” it adds. They may also stop combing their hair and clipping their nails, as well as other basic hygiene rituals, it adds.

The same source says someone who is experiencing symptoms of dementia may start to lose interest in food, and skip meals altogether. This may be more obvious if the patient had a healthy appetite not long before.

On the flipside of the coin, someone with dementia (including Alzheimer’s) can forget that they just ate, leading to eating lunch or dinner multiple times. They may suddenly enjoy foods they previously avoided and start to avoid their previously favorite meals, it adds. You may also notice other strange behaviors related to mealtime, such as using their fingers to eat food that usually requires utensils, it adds.

We take the passing of time and our surroundings for granted, but an Alzheimer’s patient may have trouble with both of these things, explains Healthline.com. “Losing track of dates and misunderstanding the passage of time as it occurs are also two common symptoms,” it adds.

This can make it more difficult for the patient to plan for future events, “since they aren’t immediately occurring.” As the Alzheimer’s progresses, a patient can more often forget how they got to where they are, or even why they’re at a particular location, it adds.

CBS News explains that those with Alzheimer’s can go from being suspicious of people to extremes like suspecting someone is trying to kill them (when they’re clearly not).

What’s more is that a patient might start having hallucinations that involve all the senses, such as hearing sounds or even tasting something that isn’t there, it adds. They might also start seeing people that aren’t there but that are familiar to them, like an old friend or colleague, says the source.

Withdrawal From Family or Work

As we mentioned before, there can be some personality changes associated with the onset of Alzheimer’s, and that can make a person who normally loves spending time with family, friends and work colleagues become withdrawn to the point they avoid socializing, explains the Alzheimer’s Association. (Read more about How to Support Seniors: Prevent Isolation and Depression).

“A person with Alzheimer’s may start to remove themselves from hobbies, social activities, work projects or sports,” it explains. They may even forget how to perform their favorite hobby, it adds. The changes they are experiencing may drive them away from spending time with other people. This is different from a typical age-related change, which involves occasionally “feeling weary of work, family and social obligations,” it adds.