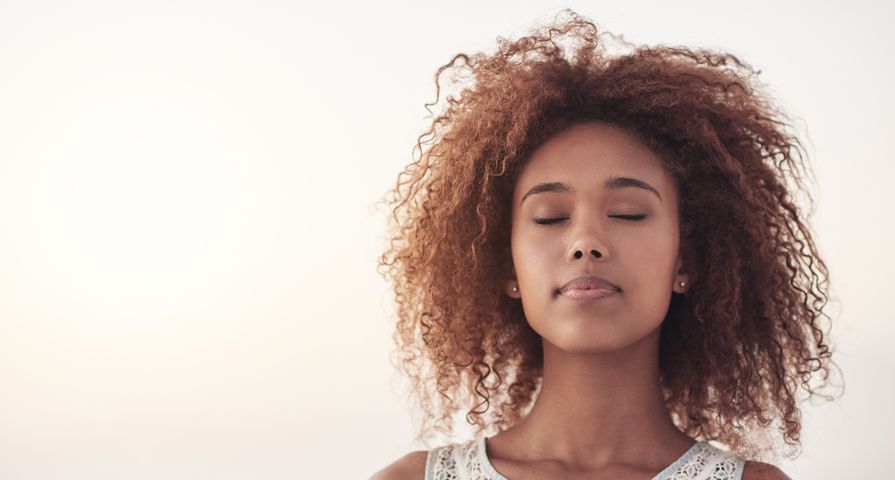 Hyperventilation, or over-breathing, is a condition in which a person breathes deeper and more rapidly than normal. As a result of exhaling more than they inhale, the blood’s carbon dioxide levels become low, which constricts the arteries that carry blood to the brain.

This can cause a variety of symptoms from dizziness and lightheadedness, to chest pain, numbness, and confusion. Hyperventilation is a rare occurrence for most, and when it does happen it’s usually a response to fear, phobias, or emotional states like anger. In some cases, however, it may be indicative of a more serious health condition. The following are 12 possible medical causes of hyperventilation.

Anxiety can cause hyperventilation to occur in a variety of ways. For example, when anxiety kicks in it causes the body to go into “fight or flight” mode, which can lead to rapid breathing. Another way is that, by overthinking about your breathing, the source says, “…you tend to breathe far more than you need to, leading to hyperventilation.”

Hyperventilation and asthma oftentimes occur alongside one another. In some cases, hyperventilation may happen because a person’s fear of having an asthma attack can result in anxiety and panic attacks. And this anxiousness can worsen the symptoms of asthma, which for some leads to hyperventilation.

In other cases, Livestrong.com says, “hyperventilation can precede or trigger an asthma attack,” causing possible symptoms such as chest pain, dizziness, and heart palpitations, along with rapid breathing. These symptoms are very similar to those of an asthma attack, however, so it can sometimes be challenging to distinguish between the two.

Although COPD itself isn’t necessarily a cause of hyperventilation, people with the disease are very likely to experience panic attacks. In fact, EverydayHealth.com says, “Doctors estimate that the prevalence of full-fledged panic disorder is as much as 10 times greater in COPD patients than in the overall population.”

Along with symptoms like chest pain, dizziness, and a racing heartbeat, hyperventilation can also accompany panic attacks. Hyperventilation can be particularly scary for those with COPD as they have a hard time breathing already, so it only “worsens any COPD symptoms a patient might be experiencing.”

At higher altitudes, oxygen is less accessible. So if we ascend to these locations too rapidly, without allowing our bodies time to acclimatize, we may experience something called altitude sickness.

In order to compensate for the decrease in available oxygen, we have to breathe much faster than normal in order to continue meeting our body’s needs. This condition is known as hypoxia, but can sometimes lead to hyperventilation. Unfortunately, the rapid breathing that accompanies hyperventilation makes oxygen even less accessible to the body, thus worsening the symptoms of altitude sickness.

When exercising, it’s important to push ourselves in order to build muscle strength and cardiovascular capacity. Sometimes, however, we may push too hard, causing the body to respond by hyperventilating.

According to Livestrong.com, hyperventilation may be prompted by feelings of panic that arise “if the effort becomes too hard,” or as a result of “Discomfort felt in overly working muscles and labored breathing.” In fact, the source says that even “The perception of pain from intense exercise can cause panic and may result in rapid breathing and hyperventilation.”

Ingestion or Overdose of Certain Drugs

In some cases, hyperventilation may occur as a result of ingesting or overdosing on certain drugs. According to WebMD, these include amphetamine, cocaine, LSD, or methamphetamine.

But hard drugs aren’t the only ones that can cause over-breathing to occur. The source adds that overconsumption of aspirin, asthma medications, and iron are also culprits. In fact, with an aspirin overdose, hyperventilation is often one of the first symptoms to occur, particularly when there is moderate toxicity in the body (150 to 300 milligrams of aspirin per one kilogram of body mass).

Over the course of a pregnancy, as the fetus grows, the womb takes up more and more space in the abdomen. “This means that the diaphragm (the big muscle underneath your lungs that pulls them open when you breathe) has less room to expand the lungs,” says Patient.

As a result, women may feel that they have trouble breathing, which can cause panic. This panic often results in them attempting to compensate for feeling breathless by breathing more rapidly, and therefore experiencing hyperventilation.

Ascites occurs where there is an abnormal build-up of fluid in the abdomen. Like pregnancy, ascites can cause hyperventilation because it puts pressure on the areas surrounding the abdomen, including the diaphragm.

This pressure can make it feel as though you are unable to inhale the necessary amount of oxygen. As a result, people with ascites may compensate for this feeling by increasing the frequency of their breathing, which can lead to hyperventilation.

The abdomen isn’t the only area of the body where fluid can build up and cause hyperventilation; it can also occur in the lungs. This is known as pulmonary edema, and “makes it difficult for the lungs to function (to exchange oxygen and carbon dioxide with cells in the bloodstream),” says eMedicineHealth.com.

The most common symptom of pulmonary edema is shortness of breath (or dyspnea), and results because the lungs are unable to provide the body with the necessary amount of oxygen. This lack of oxygen can cause distress, and oftentimes panic, leading to hyperventilation.

Like pulmonary edema, pneumonia is a condition that affects the lungs. Specifically, it is a lung infection that can be caused by bacteria, a virus, or fungi, which results in the air sacs (alveoli) becoming swollen with fluid.

This fluid retention and inflammation makes it hard for the lungs to inhale enough oxygen, resulting in shortness of breath. And, just as with pulmonary edema, this shortness of breath can lead to panic, which results in hyperventilation as the body attempts to compensate for inadequate oxygen supply.

A particularly serious complication that can occur with diabetes is known as diabetic ketoacidosis (or DKA for short). According to Healthline.com, “DKA happens when acidic substances, called ketones, build up in your body.” Ketones form when you don’t have sufficient levels of glucose, causing the body to “burn fat for fuel instead of sugar.”

These ketones create an imbalance that the American Diabetes Association says “causes hyperventilation as the body attempts to regulate blood acid levels by getting rid of carbon dioxide in expired air.” As DKA worsens, the source adds that a person’s breath “may take on the fruity tinge of nail polish remover.”

There are many other factors or conditions that can cause a person to experience hyperventilation. For example, they may be under a great deal of stress, suffer from panic disorder, be in extreme pain, have a fever, or have heatstroke.

Hyperventilation can sometimes be indicative of a more serious underlying condition, however. These include having a blood clot (either deep vein thrombosis or pulmonary embolism), experiencing heart failure or a heart attack, and sepsis.