The Incredible Health Benefits of Seaweed 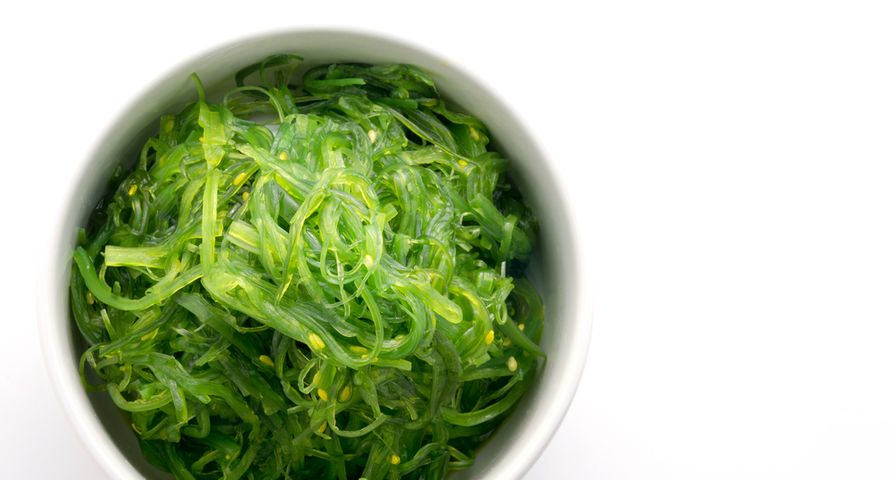 When you think of seaweed, you’re probably not thinking about its benefits – and more about how it’s just slimy weeds at the bottom of the ocean or lake that can get tangled up in your boat propeller.

However, it seems these plants hiding underwater have numerous positive impacts on our overall health, from body to mind. So let’s pull up 12 of these benefits to consider…

The thyroid gland in your neck is ever so important for many functions of your body, and keeping it healthy is definitely in your best interest. According to Healthline, your thyroid relies on iodine to function properly, and seaweed “has the unique ability to absorb concentrated amounts of iodine from the ocean.”

Depending on the type of seaweed and how it was processed, seaweed can contain 11 to 1,989-percent of the recommended daily intake of iodine (which is 150 mcg), adds the source. Kelp is 1-type of seaweed that has more than enough iodine to keep your thyroid swimming along.

You may associate calcium mostly with dairy products, but apparently seaweed is like the cheese of the sea when it comes to calcium content. LiveStrong notes that seaweed has more calcium than broccoli, which ranks right up there with milk and cheese to help promote bone health.

According to stats from the U.S. Department of Agriculture, seaweed/kelp contains 168-mg of calcium per 100-grams, which is close to 20-percent of the recommended daily intake for adults.

If you’re piling on seconds and third onto your plate at dinnertime, then maybe you should try seaweed as a side this round. According to Self, seaweed can help control your appetite.

This is because it’s “low in fat but packed with soluble fiber, which helps control blood sugar levels and keeps your bowels moving,” notes the source. The fiber content apparently can help you feel like you’ve had enough to eat without delivering a ton of calories, it adds. There’s also some ongoing research out there that suggests seaweed helps block fat absorption.

Speaking of feeling full, when you feel too full, you can also feel uncomfortably bloated. So can eating certain foods that are difficult for your body to digest. Reader’s Digest (no pun intended) explains that adding kombu seaweed when cooking beans will reduce the gas-causing qualities of the beans.”

Nori seaweed, on the other hand, is the type that’s used to wrap sushi and is also associated with reduced sensations of being bloated, adds the source. This type of seaweed can also be used as small strips in salads, or “broken up into pieces for cottage cheese or Greek yogurt,” it adds.

Gut bacteria have been shown to have a big impact on your physical (and mental) health, and seaweed can help support a healthy gut environment, according to Heathline.

This is again due to the enormous fiber content of seaweed, which outstrips that of most fruits and vegetables, adds the source. “Fiber can resist digestion and be used as a food source for bacteria in your large intestine instead,” it explains. As an added bonus, sugars in seaweed called sulfated polysaccharides can encourage the growth of healthy bacteria in the gut, it adds.

Seaweed contains antioxidants that can help prevent “free radicals” as they’re known from damaging your cells, explains Healthline. It says that “excess free radical production” is suspected as an underlying cause for many health problems, including heart disease and diabetes.

In particular, there’s a carotenoid called fucoxanthin found in brown algae that has more than 13-times the antioxidant strength of vitamin E, according to the source. This antioxidant can help to protect cell membranes, it adds.

All The Vitamins You’ll Need

While you can eat a variety of different fruits and vegetables, as well as meats and dairy to get the vitamins your body needs, you can get many of them in a serving of seaweed, explains Self.com.

The source says seaweed is “chock-full of vitamins and minerals,” and contains vitamins A, C, E, K, as well as B vitamins. It also packs iodine (which we noted is important for thyroid health), selenium, calcium, and iron.

The Health Benefits of Pomegranates

Reader’s Digest says 100-grams of the seaweed chlorella delivers 315-mg of magnesium, which is around 80-percent of what an adult needs per day. “Magnesium is one of the most crucial nutrients in our diet, and many people are deficient,” notes the article.

It goes on to say that magnesium “protects against nearly every modern disease,” and it also can assist with inflammatory conditions including fibromyalgia, irritable bowel syndrome, and arthritis. While the taste of chlorella may not be appealing to everyone, you can mix it into smoothies or a salad, suggests the source.

You may not think of seaweed first when you’re looking to bulk up on protein, but think again the next time you’re out grocery shopping. Shape says that while many people turn to red meat or poultry for their protein, seaweed has been found to be a viable alternative.

Depending on the type of seaweed, you can get 2 to 9-grams of protein per cup, it notes. That’s not the same levels that chicken delivers, however. The source says it would take 21 nori sheets (the sheets that sushi is wrapped in) to equal the amount of protein in a 3-ounce chicken breast. But it could be a more tasty plant-based option than tofu.

Huffington Post touts seaweed as a way to smooth and strengthen skin, presumably to make you look younger. However, this will also be of special interest to those who suffer from acne or rosacea, it adds.

According to the source, the ancient Romans apparently used seaweed to help treat wounds and burns, as well as rashes. So wrap yourself around that one – and then wrap some seaweed around your sushi, if you’re into that.