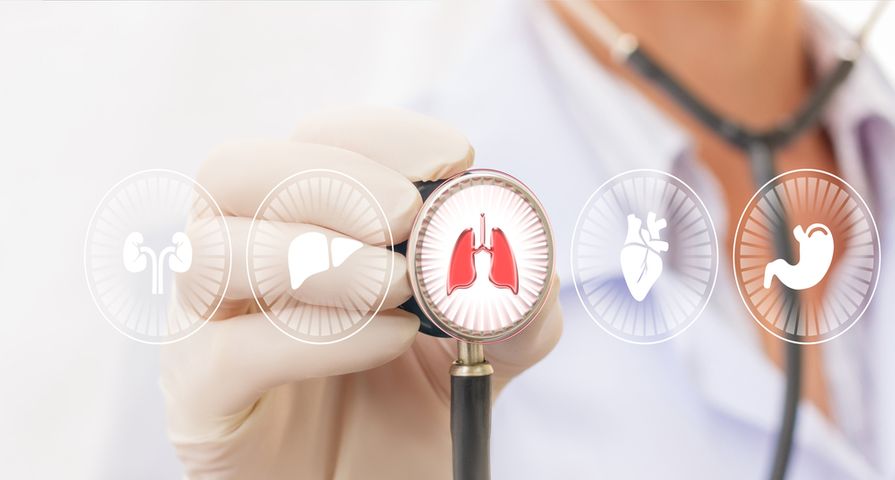 There are few diseases more frightening than lung cancer, which tends to strike individuals exposed to dangerous air pollutants, that can eventually lead to a situation where the patient struggles with every breath.

Often, we assume lung cancer has been caused by a lifetime of smoking, usually cigarettes or possibly cigars, but it’s very possible to acquire lung cancer without ever smoking a day in your life, which touches on the subject of exposure to secondhand smoke. It may not even have anything to do with exposure to dangerous pollutants, such as in a factory or resource extraction setting. To better understand lung cancer, let’s take a look at some of this scary diseases’ most prevalent causes and risk factors.

If you are aware of anyone in your family who has been diagnosed with lung cancer, it’s never too early to discuss regular check-ups with your doctor focused on identifying and preventing the disease. As is the case with most forms of cancer, the success rates of treatments are higher when the cancer is diagnosed early. Also, don’t assume that a smoke-free life will prevent lung cancer if you have an extensive family history of the disease. 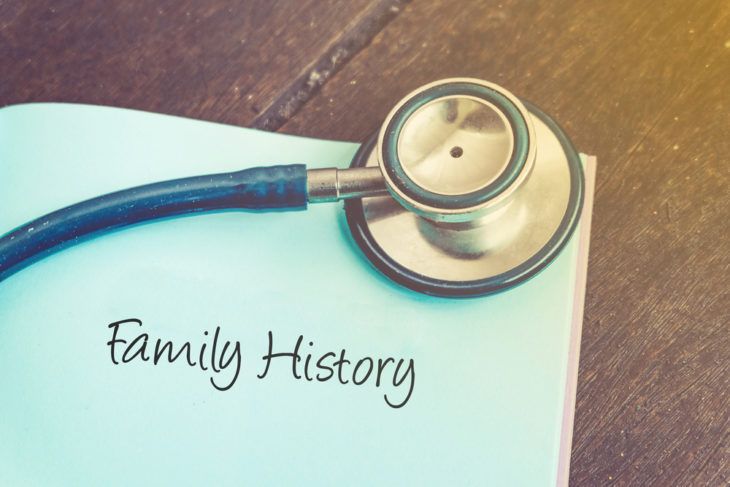 Lung cancer is one of those frightening health problems that can affect just about any age group, but it is far more likely to impact individuals of advanced age (i.e., older adults). In fact, it’s estimated that two-thirds of individuals newly diagnosed with lung cancer are in their late 60s or older.

This is often because individuals of advanced age have been exposed to dangerous air pollutants over a long period of time, either through their work environment or through personal lifestyle choices, such as smoking tobacco. However, any adult in their 60s, even those who have never smoked before, should consider regular check-ups with their family physician to look for the signs of lung cancer. 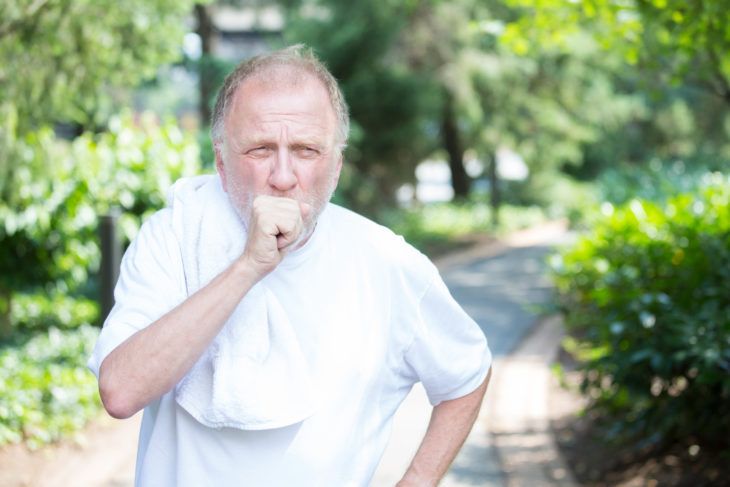 Recovering from a serious illness is reason to celebrate. Unfortunately, experiencing such a health crisis can leave you exposed to related problems down the road. Such is the case with lung cancer, which is often caused by inflammation and scarring in the lungs caused by other lung issues (e.g., chronic obstructive pulmonary disease [COPD] and pulmonary fibrosis).

Some of these issues that can eventually contribute to the development of lung cancer include tuberculosis (TB), one of history’s most deadly ailments (dating back to Egyptian mummies) but relatively rare today, and — COPD, which encompasses chronic bronchitis and emphysema. If any of these ailments is part of your personal health history, it’s important to work with your primary care doctor or a lung specialist to be on the lookout for the signs and symptoms of lung cancer. 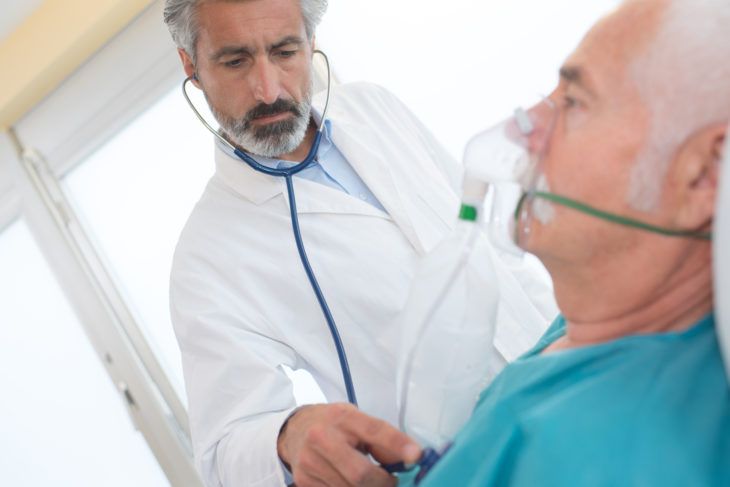 Should you develop a serious health condition that affects your chest, such as non-Hodgkin’s lymphoma or breast cancer, there’s a good chance your treatment will include radiation therapy targeting this part of the body.

Unfortunately, while radiation therapy to the chest can be used to treat major health problems, such as cancer, it can significantly increase your chances of developing lung cancer, especially if it is combined with other significant risk factors, including advanced age, a history of smoking, or a family history of lung cancer. For this reason, individuals who have received radiation therapy, especially those whose treatment was focused on the chest, should be in regular conversation with their primary care doctor about identifying signs and symptoms of lung cancer. 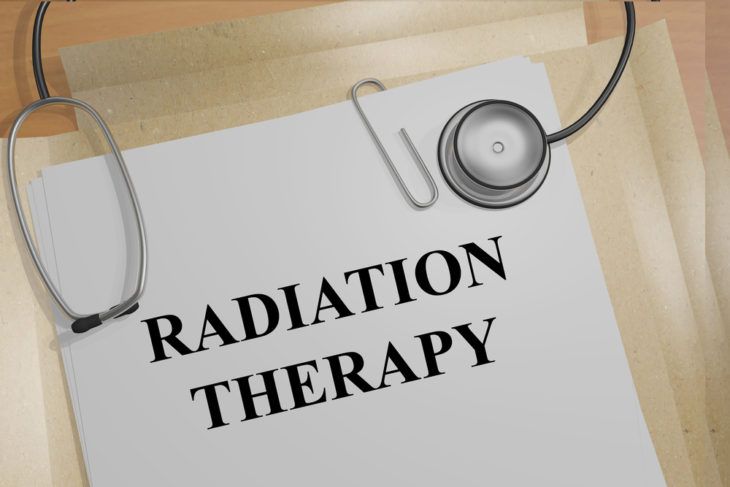 Although it’s abundantly clear that there are varied risk factors for lung cancer, smoking remains the most prevalent of these risk factors. Indeed, a long time history of smoking cigarettes, especially more than 30 pack years (with a pack year the equivalent of smoking one pack of cigarettes per day for 1 year) can seriously elevate one’s chances of developing lung cancer. Today, smoking remains the most common, albeit modifiable, risk factor for lung cancer, accounting for roughly 90-percent of cases.

When you look at what’s inside the average tobacco cigarette, it’s not particularly surprising how much smoking factors into the development of lung cancer. On average, the smoke released from a cigarette contains about 7,000 chemicals; many of these are carcinogenic, meaning they’re directly tied to the causation of cancer. These cancer-causing agents cause changes in lung tissue over time. The longer the exposure to these toxic chemicals is, the higher the likelihood of developing lung cancer, resulting in massive health consequences.

As outlined earlier, the smoke billowing from the average tobacco-based cigarette contains an estimated 7,000 chemicals, many of them strongly linked to cancer. As these chemicals flow into the lungs, they begin to cause changes in the delicate tissue of this critical organ. In time, these changes can result in the development of lung cancer.

It’s a scary thought for those who, at some point in their lives, were regular smokers of tobacco. But, it should also be alarming for those who have spent considerable time around others who smoke, such as the spouses or children of regular smokers. It may also be a concern for people who have spent time in workplaces where smoking was allowed. Given how long this was the case, with stern anti-smoking legislation only going into place over the last couple decades, it’s no surprise that thousands of Americans die each year because of secondhand smoke. 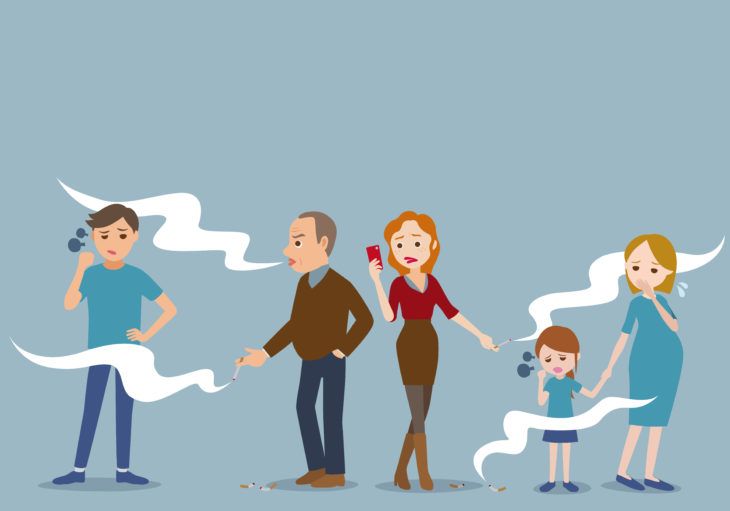 You can do a lot of damage to your body by failing to lead a healthy lifestyle, including a diet of fruits, vegetables, and whole grains and regular exercise (at least 30-minutes most days of the week). Most people know this, as common problems associated with poor diet and lack of physical exercise include obesity, diabetes, and heart disease.

But you may not realize that failing to lead a healthy lifestyle could also make you vulnerable to cancer, specifically lung cancer. This risk only increases if your lifestyle includes regularly smoking tobacco, excessive consumption of alcohol, and a family history of lung cancer. If a close family member has struggled with this terrible disease, use this as motivation to improve your diet and become more physically active. 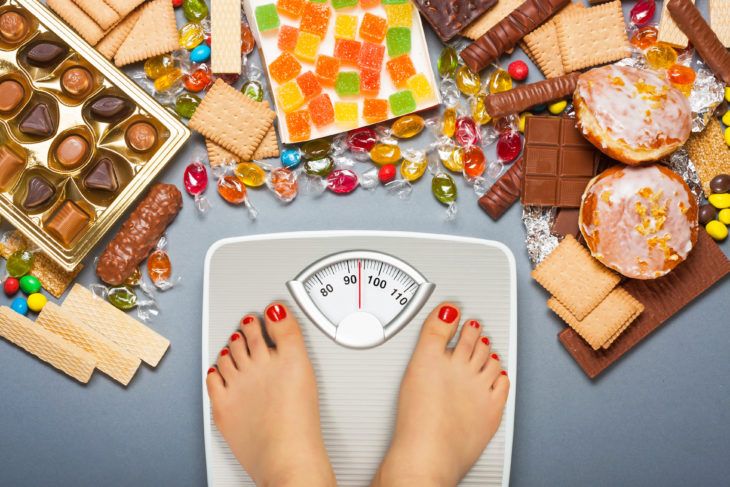 You may have never heard of radon, but it’s worth learning about. Because exposure to this odorless, tasteless, and colorless gas can pose a major health risk and, in time, could lead to the development of lung cancer. Radon is a by-product of the natural decay of uranium, which is plentiful in rocks and soil.

Uranium is often used in the creation of nuclear energy and weaponry and is widely considered one of the most dangerous substances on earth. It’s no surprise, then, that radon is particularly dangerous. In the United States, it’s the second leading cause of lung cancer behind only smoking tobacco. Of course, your chances of developing lung cancer increase significantly if you’re both a smoker and regularly exposed to radon. 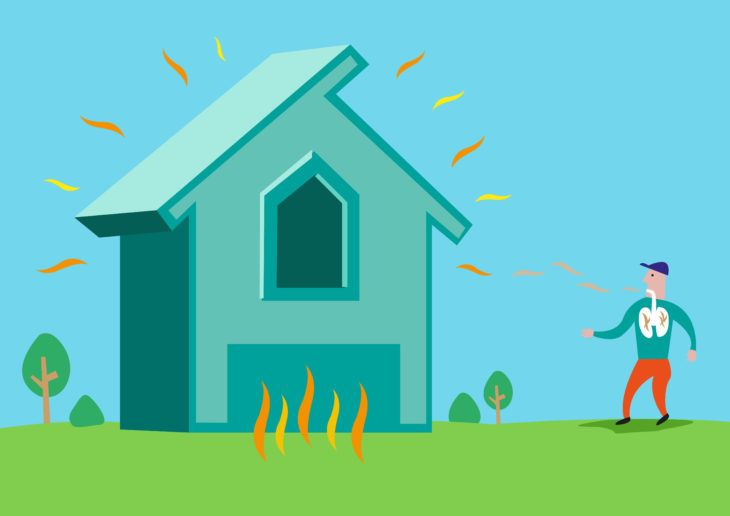 Most people are familiar with asbestos, an industrial material that, for decades, was used as insulation in home and building construction, even as a fire retardant. For some time now, it’s been known that asbestos is dangerous, which is why the material is no longer allowed to be used for any purpose today. Nevertheless, because of its popularity throughout much of the 20th century, it can still be found in many homes, factories, and office buildings, often in attics, walls, or under flooring.

Left alone, asbestos poses no major health threat, which is why many homeowners have chosen to leave their asbestos untouched and out of the way under floorboards, in crawl spaces, and in unused attics. But, even slight disturbance of asbestos can cause the small fibers within it to become airborne and, if these fibers are inhaled, they can cause serious long-term damage to the lungs. This is why so many people who have worked with asbestos years ago struggle with lung cancer and other serious pulmonary ailments, such as mesothelioma. If you know the location of asbestos, take precautions and never try to remove it without consulting an expert. 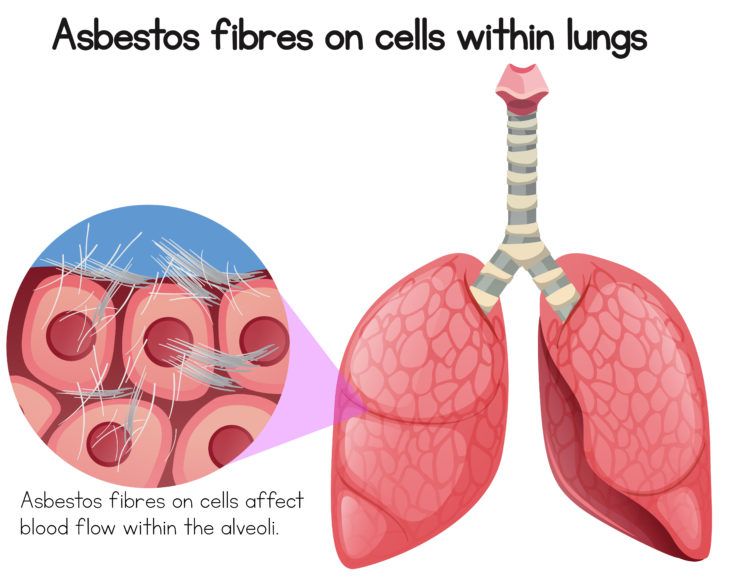 Arsenic is a natural element that can be found in rocks, soil, water, air, plants, and animals. It can also be released into the environment from some agricultural and industrial sources. When it’s extracted, arsenic is often used as a pesticide for treating lumber, which may help you understand why it poses a significant health risk.

Individuals who are exposed to arsenic, often by drinking contaminated water or eating contaminated food, will have significantly increased chances of developing cancer, including lung cancer. If you may have been exposed to arsenic because of where you live or the type of work you do, consider speaking with your primary care doctor to determine your chances of developing lung cancer. 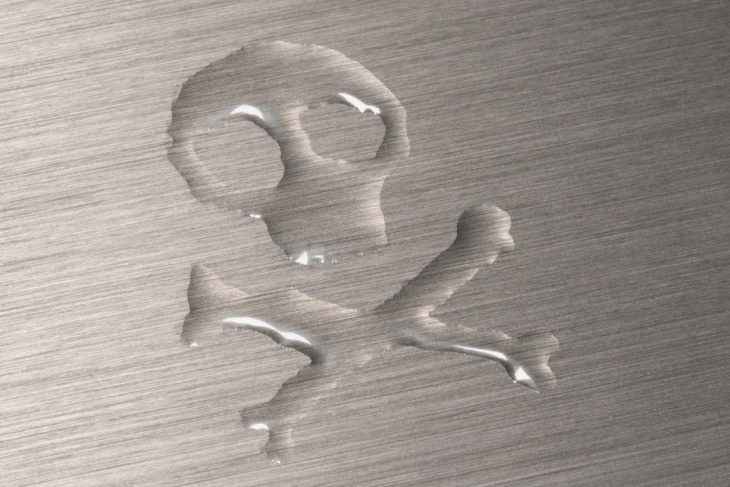 Beryllium, a metal that’s extracted from bertrandite rock, is lightweight and very resilient and is considered one of the best conductors of both electricity and heat. Even better, it’s non-magnetic. Altogether these properties make it very popular among manufacturers in a variety of major industries, from aerospace to energy to even golf (it’s used to make clubs).

Unfortunately, exposure to beryllium can pose some serious health problems. This exposure often occurs during the extraction or processing of the metal. Particles of beryllium are released into the air, and if they enter the lungs, can result in sensitization and acute and chronic disease, the latter of which can lead to even more serious health issues, including lung cancer. 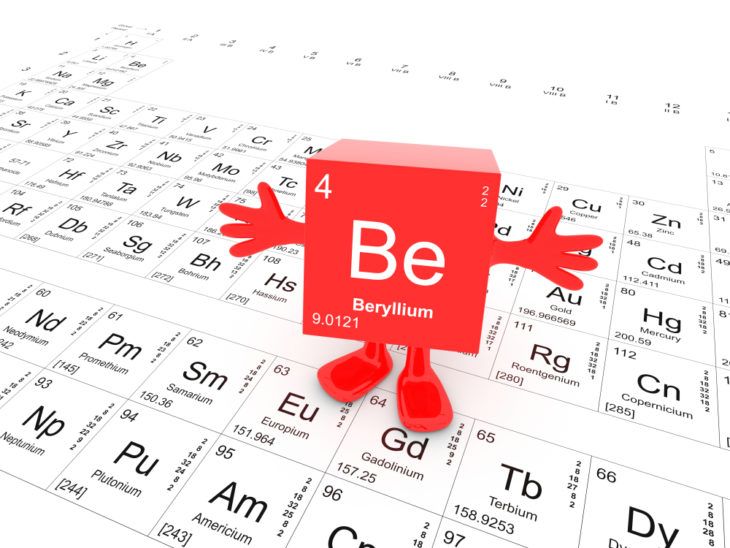 For decades, diesel has been a popular alternative to gasoline in automobiles transporting us to and from work, school, the mall, and other common destinations. Many of the world’s most popular automotive companies continue to produce diesel-based engines, largely because diesel tends to be more affordable than gasoline.

Unfortunately, diesel is hardly safer than gas. In fact, extensive exposure to diesel exhaust can pose serious health risks and may even lead to the development of lung cancer. This is a major problem, as diesel is frequently used for far more than just powering the average automobile. It’s also used to power commercial trucks, buses, trains, construction and agricultural equipment, generators, and even ocean-faring ships. If you may have been exposed to diesel exhaust as a result of working in any of these industries, it would be wise to talk to your primary care doctor about your risk of developing lung cancer. 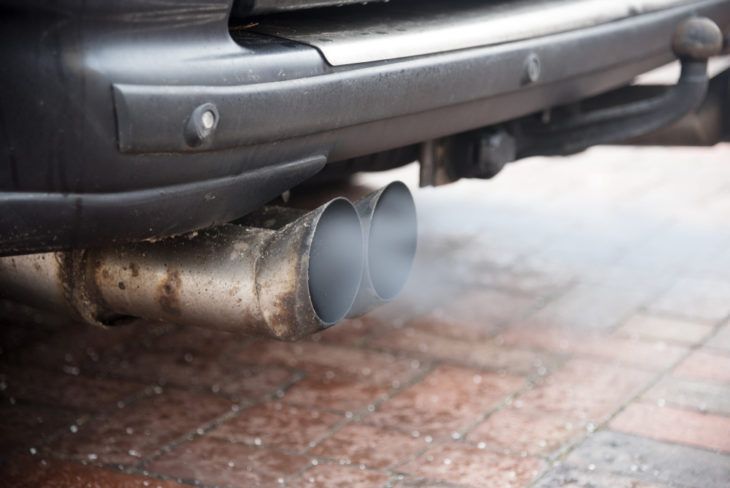