Most Common Types of Tremors (Including Symptoms For Each) 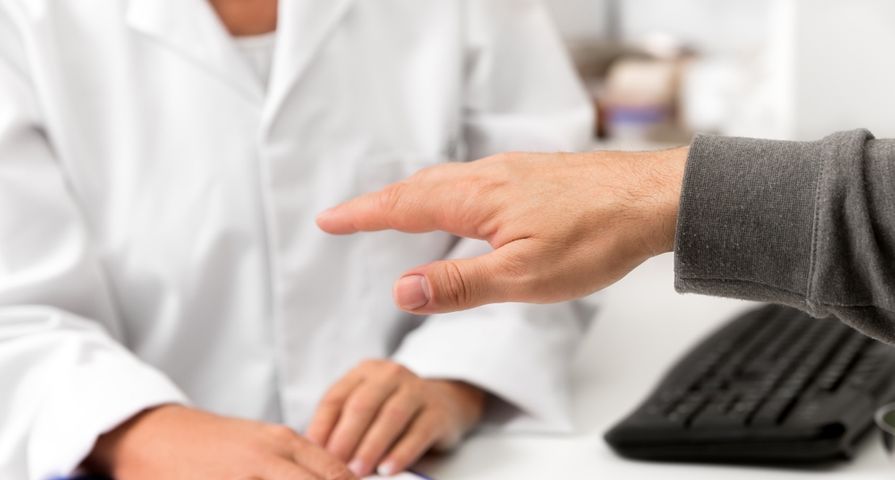 A tremor involves involuntary and uncontrolled muscle oscillations in one or more parts of the body—most typically the hands, arms, head, face, voice, abdomen, or legs.

Tremors can be the result of:

Even though tremors aren’t life-threatening, they are embarrassing and encumbering when it comes to daily tasks. And because there are so many types of tremors, it’s often difficult to differentiate one from another.

Essential tremor is the most common form of tremor, affecting the cerebellum or thalamus portion of the brain. Essential tremors develop gradually, most often beginning in middle-age or later, and affect the hands, making it difficult to grasp or hold onto objects. Essential tremors are brought on and aggravated by emotional or physical stress and fatigue. Some studies link this tremor to heredity, or inheritance; however, there is no conclusive evidence that they are passed down by family members.

The Pros and Cons of Using Mouthwash

In spite of the name, Parkinsonian tremors don’t only impact patients with Parkinson’s disease. In fact, this form of tremor can wreak havoc on drug users, those with infections, and those with other neurodegenerative disorders. This tremor causing the hands to move uncontrollably in a motion referred to as “pill-rolling” (because it resembles a pill being rolled between the thumbs and fingers) and “rolls” from one side of the body to the other. Similar to other tremors, Parkinsonian tremors are often provoked by stress.

It may shock you to realize that you’ve suffered a physiologic tremor! This common tremor is typically brought on by too much caffeine, stress, low blood sugar, or alcohol withdrawal (hangover), even though it’s barely noticeable. It affects the hands momentarily, typically when the fingers are fully extended and disappears when the underlying cause is eliminated.

A dystonic tremor causes the muscles to contract suddenly, causing the body to distort painfully. This type of tremor most often affects the posture by attempting to correct the deviant muscle contraction, which only worsens the tremor. Typically, only rest, regular injections of attenuated botulinum toxin, or medications (i.e., anticholinergic drugs) help ease the muscle contractions.

Psychogenic tremors are often difficult to differentiate from other forms of tremor. That’s why diagnosis is primarily by excluding other types of tremors. Telling symptoms of psychogenic tremors include onset in stressful situations, along with unexplained muscle contractions affecting various body parts that suddenly ease when the patient’s attention is diverted elsewhere.

Orthostatic tremors are typically brought on by standing, which causes uncontrolled muscle contractions in the legs and the abdomen. An orthostatic tremor is typically distinguished by sudden unsteadiness that occurs soon after standing up, and it subsides as soon as the individual returns to a seated position.

A cerebellar tremor is caused by damage to the cerebellum, which coordinates voluntary movements such as posture, balance, coordination, and speech. It most typically occurs with intention, which implies that it is brought on when coordination is required (e.g., to grasp an object, push a button, or steady the hand for any reason). The tremor intensifies when the hand or finger is just about to meet its objective (i.e., another hand, object, or button).

Rubral tremors are severely slow and impactful, as they affect the body in all directions with sudden and uncontrolled muscle contractions, causing the entire body to become rigid with a contorted posture. Luckily, they are one of the more rare forms of tremor and commonly occur following a stroke. Unfortunately, there is no simple treatment, rehabilitation, or medication that can ease or prevent them.

An intention tremor, as its name suggests, results when muscle contraction amplifies, and the tremor increases as the individual enacts a deliberate and visually guided movement. As the individual moves with “intention,” the tremor occurs vertically and in the direction of movement and the object of aim is overshot. Intention tremors are the outcome of dysfunction or damage to the cerebellum or its pathways (i.e., a lesion, multiple sclerosis, or other degenerative or metabolic disorders).

Palatal tremors occur in the soft palate and, typically due to lesions or damage in the brainstem (i.e., due to a hemorrhage [bleeding] or trauma to the area). When a palatal tremor occurs, the facial and mouth muscles contract rhythmically and involuntarily and the muscles of the soft palate produce a distressing clicking sound.