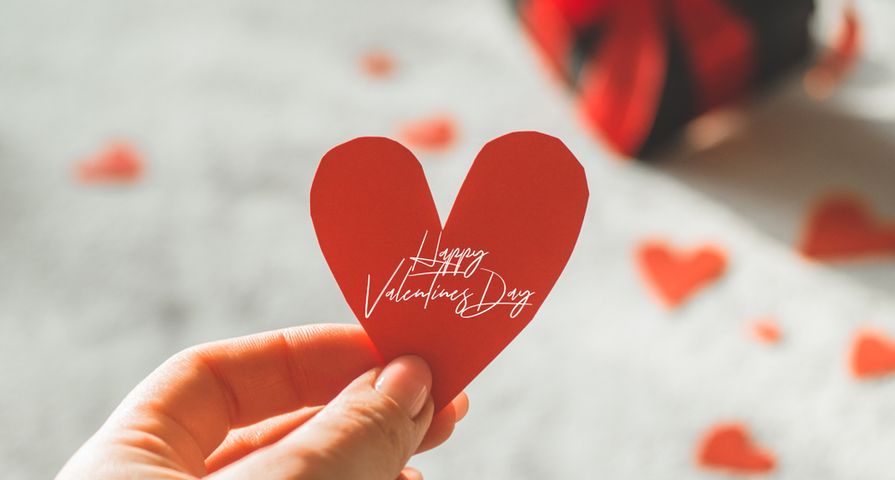 Valentine’s Day – it’s a “holiday” that many people around the world acknowledge, showering their significant other with attention and/or gifts. Even those who aren’t in a relationship might take the opportunity to indulge in some treats or show their friends and family how much they care. But have you ever stopped for a second to think about how it started or why it’s celebrated every year?

From the uncertain origins, to when the “cupid” figure became a symbol, and to some of the newer customs around the world, here’s an offering of some things about Valentine’s Day you might not have known before. Enjoy them while you pick your next favorite chocolate from the box or breathe in the scent of that beautiful bouquet…

The ‘Love’ Aspect is Not Actually Rooted in Religion

Reader’s Digest acknowledges that while the day may have originally been named after a Christian saint (yes, Saint Valentine), “there’s nothing remotely religious about this day set aside for love and lovers.”

The source adds that while there are references linking the day to “courtship in the Middle Ages,” the modern tradition of sending cards to each other didn’t become popular until the 18th century in Britain. 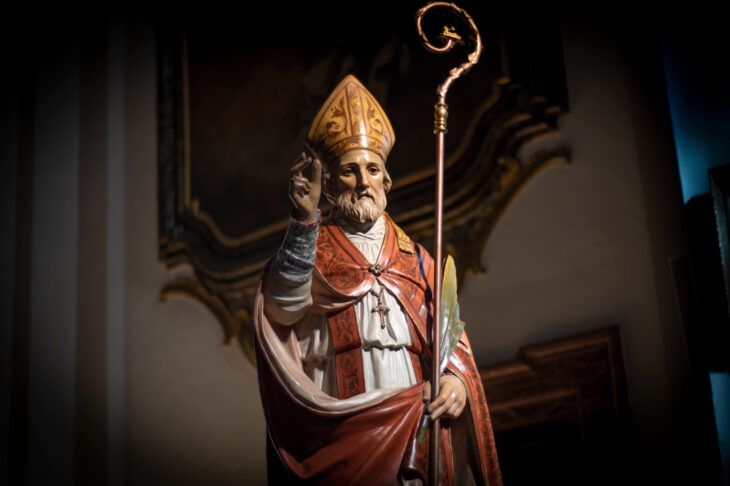 It Wasn’t Associated With Love Until The 1300s

The name “St. Valentine’s Day” was officially born at the end of the 5th century from Roman Pope Gelasius, according to Good HouseKeeping. However, it adds, while February 14 got its name during that time, it wasn’t until hundreds of years later that the day was associated with love.

The source explains that the tradition of associating the day with love didn’t start until the Middle Ages, “from the common belief in France and England that birds started their mating season on February 14.” Perhaps that’s why so many “lovebirds” recognize the day? 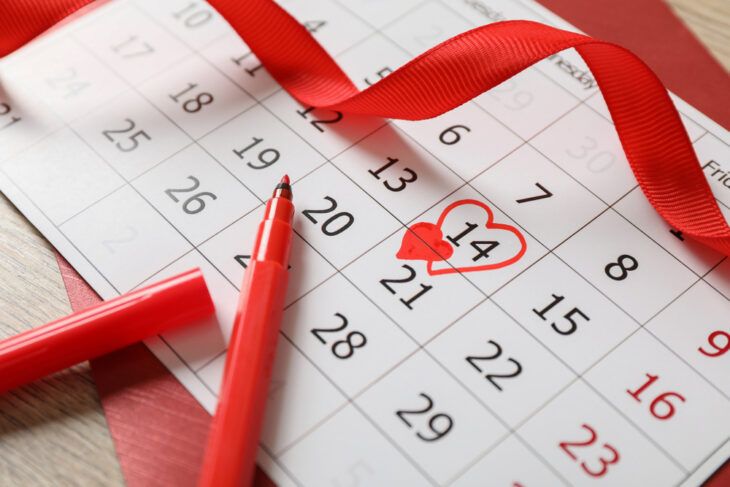 It Started… With a Beheading?

When we picture St. Valentine, we may expect him to be a patron saint of love. But according to TheConversation.com, St. Valentine “was not a romantic.” The same source reveals there were possibly a number of St. Valentine’s that died on February 14, during a time when Christian persecution was common. The source mentions, among others, a Roman priest named Valentinus – one of a handful of “Valentini” who apparently died in the third century.

This particular priest got himself in trouble with Emperor Gothicus (Emperor Claudius II) for his preachings about leading pagans “out of the shadow of darkness and into the light of truth and salvation.” The Christian martyr was beheaded, and because of the date it is believed by some to have been connected to a Pagan festival of love called Lupercalia (that ran Feb. 13 to 15) that possibly evolved into Valentine’s Day. Did you catch all of that? 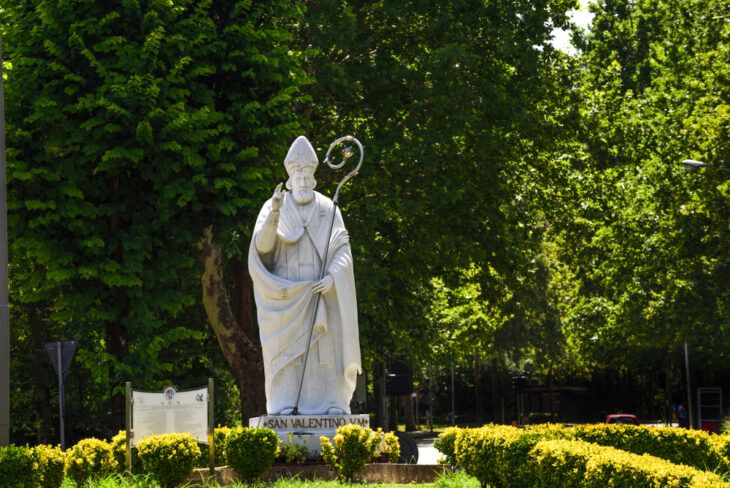 The First Valentine Originated From Prison

According to History.com, the very first valentine was written from a prison cell. The source explains that in the 15th century, Charles, Duke of Orleans, wrote a love letter to his second wife after being captured during the Battle of Agincourt. We won’t know what she wrote in return, or even if she received the letter, as he was a prisoner for more than 20 years and probably wasn’t getting regular mail delivery.

However, some might argue the first valentine was written long before this, by St. Valentine of Terni – who had been jailed for marrying couples in secret in contradiction to a ban from Emperor Claudius II in the third century. Apparently before his execution, he wrote a heartfelt letter to her signed “from your Valentine.” How tragically romantic! 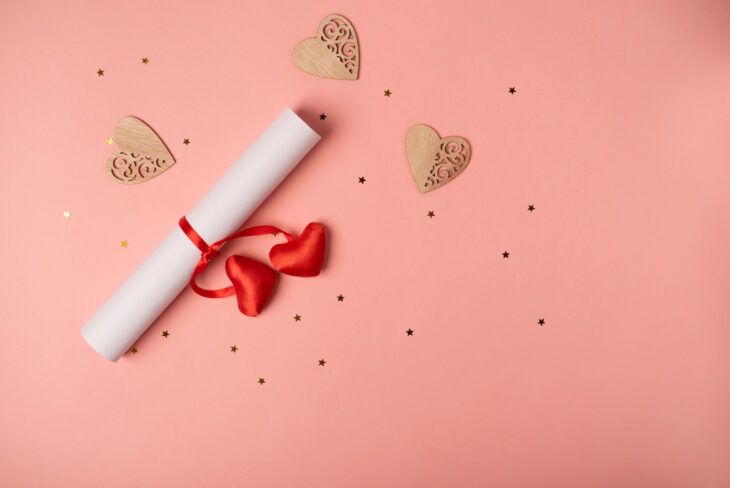 How a Flying Baby Became Associated With Valentine’s

When browsing for Valentine’s cards, you’ll often see images of Cupid, a winged baby that fires golden arrows from a golden bow (apparently piercing the heart of his target, which for some reason makes people fall in love). Cupid is the son of Venus in Roman mythology. Venus happens to be the goddess of love and beauty, while Cupid was the “god of affection.”

CBC.ca says from the 14th to 17th centuries, many painters depicted Cupid “as a baby angel,” and this popularity carried over to him appearing in cards in the late 1800s. Here’s another interesting fact: apparently he also carries another type of arrow with a “blunt lead tip” that can make people fall out of love. In fact, in mythology Cupid apparently shot an arrow through the heart of god Apollo out of anger from an insult, causing him to fall in love with the nymph Daphne. But then he shot a lead arrow through her heart, making her be repulsed by him. Well played, Cupid! 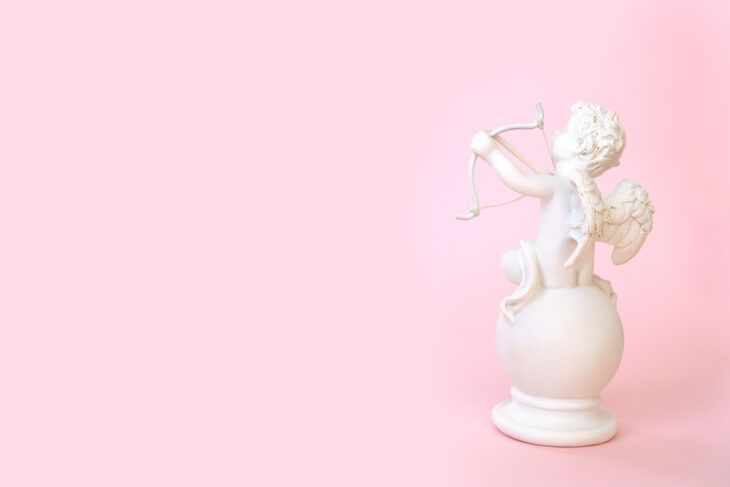 Cards Were Once Used To Discourage Suitors

Speaking of lead-tipped arrows, here’s one that would’ve pierced your heart in the Victorian era. According to History.com, there was once tradition of people sending a “vinegar valentine” (known as penny dreadfuls) to those they didn’t want love or attention from (sort of like the modern equivalent of a text message rejection?).

The source says these cards were the “antithesis of customary valentine,” and would focus on the negative traits of the recipient. (Ouch!) Apparently they were used to target women in the suffrage movement later, according to the source. 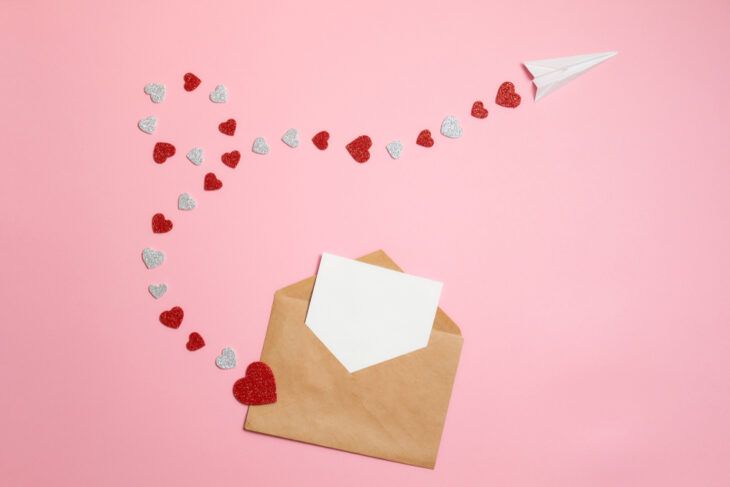 It Wasn’t Always About a Box of Chocolates

Okay, aside from the fact that chocolate can act as an aphrodisiac for some (although scientific evidence of this is lacking), it wasn’t always part of Valentine’s Day tradition. It took centuries after the birth of Valentine’s Day for chocolate to officially come into the picture. According to SmithsonianMag.com, chocolate and Valentine’s officially paired up thanks to the commercial efforts of Richard Cadbury (yes, that Cadbury).

It notes as technology advanced around the age of Queen Victoria, the family business “was searching for a way to use the pure cocoa butter that was extracted from the process Cadbury had invented to make a more palatable drinking chocolate.” The solution was to package chocolates in heart-shaped boxes of chocolates – with the added bonus that the boxes were suitable to save love letters. It notes that Hershey added to the tradition with its “kisses” (named after the sound they made during manufacturing). 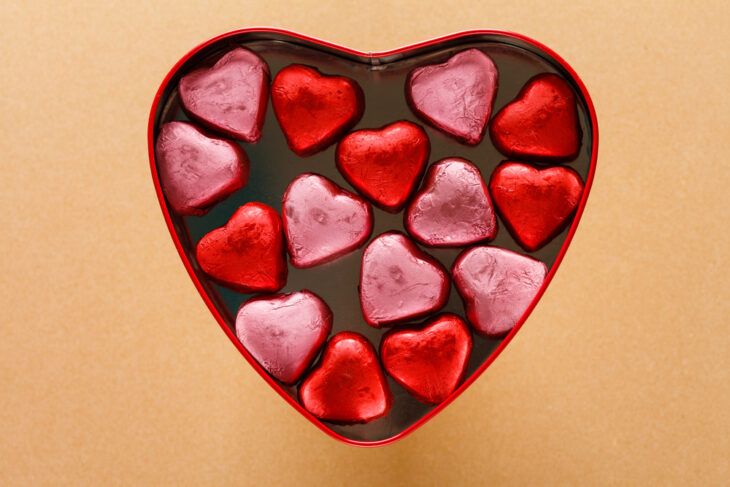 Love is The Best… Medicine?

You know those sweet little heart-shaped candies with love messages on them (known as “conversation hearts”) that are still popular today? It turns out they began as medical lozenges, according to Good Housekeeping. The source says a Boston pharmacist “invented a machine that simplified the way medical lozenges – used for sore throats and other illnesses – could be made.”

The result was that the candy was born, as the pharmacist re-focused his efforts on making candy rather than the throat lozenges. The pharmacist – Oliver Chase – went on to found the New England Confectionery Company, also referred to as Necco that first produced Necco wafers (similar to modern-day conversation hearts) in 1847. 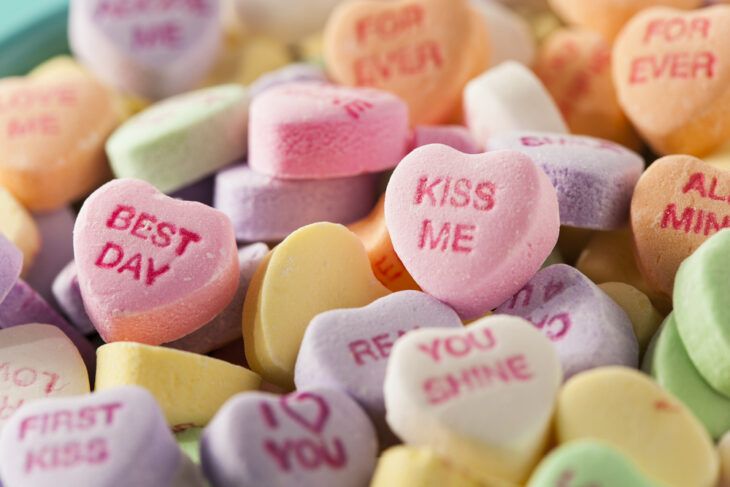 The Day is Celebrated (And Not Celebrated) Around The World

It’s not all cards, flowers and boxes of chocolates like it is in the U.S. In fact, according to Reader’s Digest, some countries don’t like the day at all – for example, Saudi Arabia banned the sale of red roses and other symbols of Valentine’s love in 2008 as the day is named after a Christian saint. Meanwhile, the source also says 100 Muslim couples in Malaysia were arrested in 2011 for celebrating the occasion.

In Paris, France, couples have the chance to be married during the Lovers’ Festival, complete with 19th-century attire in a rose-covered garden, notes the source. In Thailand, there’s a “Village of Love” where you can tie the knot in a hopelessly romantic fashion with the promise of lasting bond. In Verona, Italy, birthplace of Shakespeare, thousands of people send letters to Juliet (of Romeo and Juliet fame), while Australia celebrates National Condom Day on Feb. 14 to… play it on the safe side. 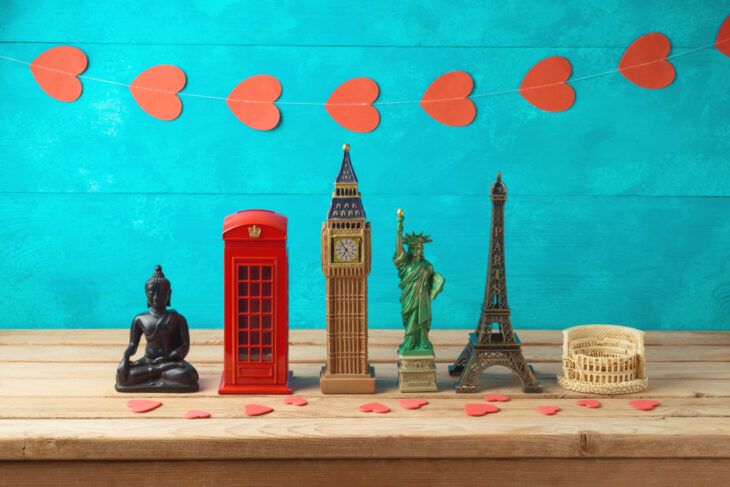