Important Functions of the Liver 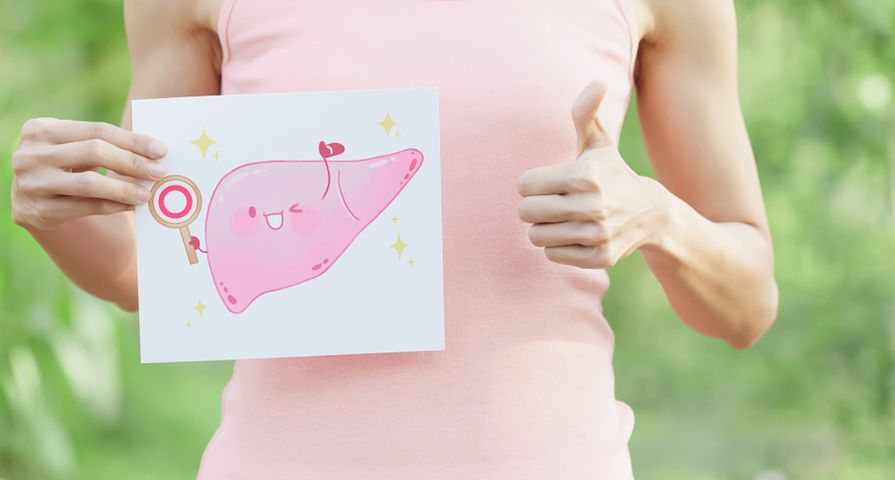 Your liver is large (about 3-pounds) and a very important organ (and gland) located in the upper right part of your abdomen. Without it, digestion would be near impossible, but it has more than one job.

In fact, medical sources say the liver has around 500-functions, so it’s easy to see why you should take care of it. Let’s take a look at 12 of those functions that make the liver essential to life…

You’re constantly putting toxins in your body from food, medications and other sources, but you probably don’t know it because your liver is constantly cleaning up the mess for you.

You don’t need to go on a fancy cleanse to detox – your liver has that covered. “A healthy liver is capable of transforming potentially harmful substances, such as drugs and alcohol, into harmless products to be eliminated in the bile or urine,” explains Livestrong.com.

The main function of the liver from a digestive standpoint is to process nutrients that have been absorbed from the small intestine. LoveYourLiver.com calls it your “nutrient processing plant” that decides what to do with all those nutrients your body needs.

The liver will distribute certain nutrients if your body is running low, or store others that are already abundant to give your body a boost when it needs it, adds the source.

To expand on the last point, LiverSupport.com explains the cells of the liver act as a “storage facility to house many crucial substances,” which can include iron, vitamins, and minerals.

The liver will hang on to these nutrients until they’re needed, it adds. In addition, when blood sugar is low, glycogen (that is also stored in the liver) is converted by the organ to glucose and then released into the bloodstream to give you “fast-acting energy.”

You may not consider the liver when it comes to diabetes, but the liver is key in regulating blood glucose, according to Diabetes.co.uk. “In fact, the liver acts as the body’s glucose reservoir and helps to keep your circulating blood sugar levels and other body fuels steady and constant,” it notes.

When glycogens that we mentioned earlier are running low, it triggers your body to start conserving sugar supplies for the organs that need it most – namely the brain and kidneys, adds the source. In addition, ketones are produced by the liver as an “alternative fuel,” it says.

You’re probably thinking, “woah, back up, why would my liver produce something I’ve read is bad for me?” But that would be a misnomer. Healthline.com says the liver plays an important role in balancing cholesterol levels in the body, and that means producing it and clearing it out.

The source adds that cholesterol is actually essential in the creation of hormones, Vitamin D, as well as enzymes used during digestion. If there’s a problem with your liver, it can cause a spike in cholesterol, it adds.

Your liver plays a role in creating proteins, which are key to sustaining life and a number of bodily functions. Proteins contain nitrogen that is essential for creating amino acids, the building blocks of proteins.

“The liver is one of the most important organs for making proteins. It produces or transforms millions of protein molecules each day,” according to the Hepatitis C Trust. Some of the amino acids are already present in your body, while “essential” amino acids can only come from your diet, it adds.

In addition to synthesizing amino acids, the liver plays a role in breaking down proteins during digestion (a job shared by the stomach, small intestine and pancreas), according to Livestrong.com.

Meanwhile, while the liver helps process proteins, it also helps to remove very toxic ammonia from your system (from the protein breakdown process) by way of your urine, adds the source. Other sources note while urine is mostly water and mineral salts, about 2-percent of it is urea from the liver to remove ammonia.

Bile doesn’t sound pleasant, but life would be a lot less pleasant if it didn’t do its job. Thanks to the liver, bile is produced and then stored in the gallbladder.

Livestrong.com explains bile is used in the digestion of fats, “and assists with elimination of toxins from the body.” It’s also important to help absorb certain nutrients. So the next time you turn your nose up at the thought of brownish bile, instead thank it for letting you eat that cheeseburger.

A site called InnerBody.com notes the liver is actually an organ of the immune system, due to something called Kupffer cells. What the heck are they, you ask? Luckily the source explains they “play an important role by capturing and digesting bacteria, fungi, parasites, worn-out blood cells, and cellular debris.”

In addition, the source notes the “large volume” of blood passing through the hepatic portal system (veins leading to the liver) and the liver itself “allows Kupffer cells to clean large volumes of blood very quickly.”

Without the right substances in our blood, we’d likely bleed to death from a simple paper cut. Luckily, our blood has something called coagulation factors that cause blood clotting to stop the flow from your body.

The Canadian Society of Intestinal Research says the liver is actually responsible for producing most of these coagulation factors. “Some of these factors require vitamin K for synthesis, and the liver produces the bile salts essential for intestinal absorption of this fat-soluble vitamin,” it explains.

MedicalNewsToday.com explains that the liver is responsible for absorbing and metabolizing bilirubin, which is formed by the breaking down of hemoglobin (a protein in red blood cells).

When this happens, iron is released and is stored in the liver or bone marrow “and used to make the next generation of blood cells,” adds the source. Meanwhile, if bilirubin levels rise too high in the blood, you end up with jaundice or yellowing of the skin, common in infants.

The liver is pretty unique that like skin, it can grow back when it’s been damaged, says MentalFloss.com. It can completely regrow from just 25-percent of its original tissue, it adds.

That means someone can donate half their liver to someone in need, and their liver will return to its almost original size in about 2-weeks, explains the source. This is likely pinned on “evolutionary safeguards,” and the fact your liver has so many jobs it can’t be missed, it notes.