What to Know About a Transient Ischemic Attack or Mini-Stroke 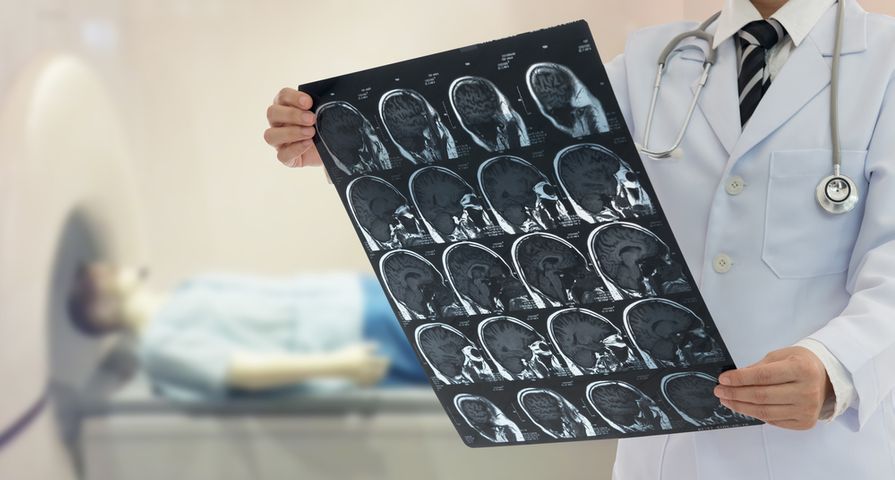 Everyone knows about the classic symptoms of a stroke – and the usual permanent damage that follows one. However, there is such a thing as a “mini-stroke,” and while it shares some of the same symptoms as a full-blown stroke, it can serve as a warning that something bigger may be on its way.

The medical term for a mini-stroke is a transient ischemic attack (TIA), of which the keyword is “transient” – meaning it doesn’t have lasting effects, namely, resolution of symptoms within 24-hours. But it’s not that simple. So, let’s take a look at 13 things to know about a TIA or mini-stroke…

Healthline.com says a mini-stroke occurs when there’s a temporary lack of blood flow to a part of the brain, which can have stroke-like effects that resolve within 24-hours.

While a stroke will cause permanent brain damage (although varying levels of recovery are possible with ongoing treatment and support), a TIA does not cause permanent damage.

Main Causes of a TIA

WebMD explains the main reason a mini-stroke occurs is from a blood clot that gets “lodged in an artery that supplies blood to the brain.” This will starve your brain of oxygen, causing stroke-like symptoms.

These clots are typically the result of a “fatty, waxy substance” called plaque, which can float through your circulatory system until it gets stuck somewhere. If it’s a key artery feeding the brain, then it can result in a TIA. While the plaque can form and float around, you may also end up with so much plaque buildup in one area of an artery that it dangerously limits blood flow.

The Blockage is Temporary

WebMD notes, in the case of a mini-stroke, the clot causing the stroke gets “pushed along, like a temporary clog in a pipe, or chemicals in your body quickly break it down.” Blood flow to your brain will be restored before any lasting damage occurs.

Meanwhile, in the case of an ischemic stroke, the clot causing the blockage stays put and the longer it takes to get blood flowing to the brain, the more damage can occur. A “normal” stroke can be life-threatening, adds the source.

Warning Signs of a TIA

The Mayo Clinic explains the symptoms of a TIA mimic those of a full-blown stroke but can disappear in an hour or less. The signs of a mini-stroke are similar to a stroke and include weakness or numbness in an arm or leg, usually on one side of the body, as well as slurred speech.

Temporary symptoms can also include blindness in one or both eyes, double vision, dizziness or loss of coordination, or a “sudden, severe headache with no known cause,” it adds.

Healthline explains that people suffering a mini-stroke might be temporarily unable to vocalize words. “After a mini-stroke, people may tell their doctor that they had difficulty recalling words during the event,” explains the source.

In some cases, the patient may not completely lose their ability to speak but can have trouble getting words out or understanding what others are saying. This condition is medically known as dysphasia, and it can sometimes be the only symptom of a mini-stroke.

The Eyes Can Be Affected

A “visual disturbance” called amaurosis fugax, alternately known as transient monocular blindness, can be a particularly scary symptom of a mini-stroke, says Healthline.

The condition causes the patient to suddenly have dim or obscured vision in one eye. “The world turns gray or objects look blurry,” adds the source. The blindness can last just a few seconds or several minutes, and bright light can actually make it worse, says the source. “You may not be able to read words on white pages,” it explains.

It Can Pass in a Minute

The symptoms of a mini-stroke can last just 60-seconds in some cases, says Healthline. However, all TIAs will last less than 24-hours by definition.

The source also says, in many cases, the symptoms will have cleared up by the time you see a doctor. It’s important for you (or someone that witnessed it) to be able to describe the signs to the doctor during a medical evaluation.

TIAs Can Be Followed By a Full-Blown Stroke

While the symptoms of a TIA may pass quickly and might not be too alarming, it could be your body trying to tell you that there is about to be a bigger medical event on the horizon — a full-blown stroke referred to medically as a cerebrovascular accident (CVA).

In fact, the American Heart Association explains a TIA serves as “an important warning sign,” and says without intervention you could suffer a more major stroke that can lead to disability or even death. The source adds that about 15-percent of all strokes are preceded by a TIA.

Risk Factors In Your Control

The risk factors for a mini-stroke appear to be the same as for a full-blown stroke, and some of these risk factors can be controlled while others can’t, says the Mayo Clinic.

The risk factors that you can possibly change for the better (with the help of a doctor in some cases) are referred to as modifiable risk factors and include high blood pressure, high cholesterol, diabetes, and excess weight, as well as lifestyle factors such as smoking, lack of physical activity, poor nutrition, heavy drinking, and use of illegal drugs.

Risk Factors That Can’t Be Changed

Meanwhile, there are other risk factors that may be outside of your ability to change or influence them, referred to medically as non-modifiable risk factors. The Mayo Clinic says these factors include family history, age (it increases as you get older, especially after 55-years of age), and race. The source reports African Americans are at greater risk of dying from a stroke, due to the higher prevalences of high blood pressure and diabetes.

Other risk factors include gender. Men are slightly more likely to suffer a TIA or stroke, but women account for more than 50-percent of stroke deaths. Sickle cell disease, which is also known as sickle cell anemia, can also increase your chances of having a stroke.

It’s important to get to a doctor as soon as possible when experiencing any symptoms of a mini-stroke because only a medical evaluation can distinguish which one(s) you experienced, says Healthline.

The diagnostic process includes taking medical images of your brain. If you get a computed tomography (CT) scan, signs of the stroke may take up to 48-hours to show up on imaging. When determining the cause, your doctor will likely order an ultrasound to check for blockages of key arteries leading to the brain, along with an echocardiogram to check for blood clots in your heart.

Treatment Focus is On Future Prevention

The goal of TIA treatment is to prevent another, possibly more serious, stroke, says the National Stroke Association. Once the cause has been determined, the correct medicine and therapy can be applied.

For example, you may be placed on high blood pressure medications or drugs to lower your cholesterol. These therapies are on top of making changes to reduce certain risk factors (namely, improving your diet, getting adequate exercise, limiting alcohol intake, and quitting smoking), says the source.

Prevention In The First Place

Of course, while there’s no guaranteed way to avoid a medical problem, the best approach is to try and avoid one in the first place. The Mayo Clinic says one thing you can do to prevent a stroke is to ensure you get regular medical checkups.

Other things you can do to limit risk are to decrease your sodium intake, get daily exercise (especially if you have high blood pressure), eat plenty of fruits and veggies (that are loaded with potassium and folate), drink alcohol in moderation, and throw out your cigarettes — for good!