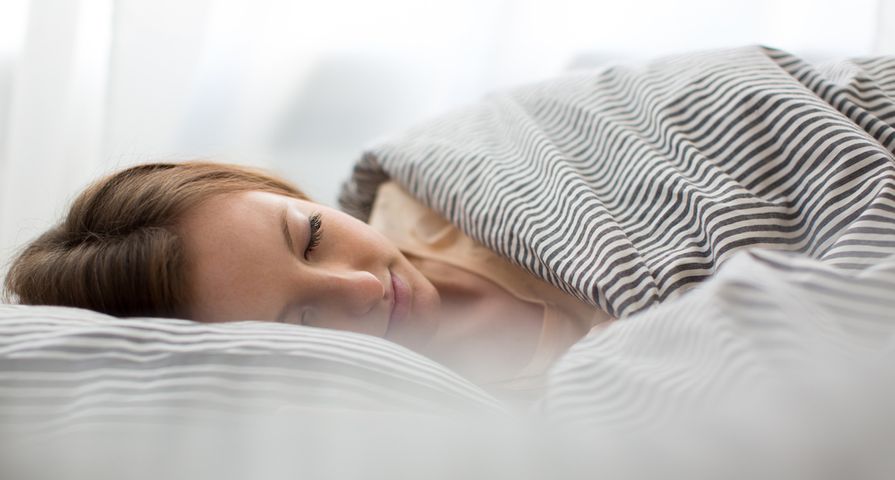 How to Spot and Treat Bed Bugs Quickly

Melatonin is a subject that could put you to sleep…literally. It is the body’s natural sleep hormone, but it is often bought as a supplement to help people with insomnia and jet lag get some shut-eye.

Using melatonin can be an effective way to get some quality rest, but like any supplement, there are facts you should be aware of before taking it. Here are 12 things about melatonin to sleep on…

Synthetic Supplements May be Safer

Many of the bottles on the shelf at the store contain melatonin, but it’s not a natural product. Melatonin is manufactured. While instinct would dictate that taking a natural product is safer than an artificial one, Scientific American has another take on it for this particular hormone.

The source explains that natural melatonin supplements are derived from the glands of animals, “which may contain viral material.” It says that synthetic melatonin has the same physical properties, without the risk of these tainted molecules.

8 Easy Swaps To Have a Greener Home

Melatonin Can (Negatively) Interact with Drugs

While melatonin itself is not a controlled substance and can be bought straight from the shelf, the Mayo Clinic notes that you should be considering possible medication interactions.

The source notes that “caution is advised” if you’re also taking medications related to proper blood clotting (for bleeding disorders). The clinic also explains that melatonin can affect blood sugar levels, so you should find out if your current medications also impact blood sugar (especially if you’re diabetic).

Not only that, but the source says melatonin can also alter the length of your menstruation and your ovulation cycles, which is perhaps something to pay more attention to if you’re looking to become pregnant.

It Can Put your Libido to Rest

Livestrong explains that taking melatonin supplements can put your mind to sleep, as well as other parts of your body. It can inhibit your natural “drive”, which is a problem if you’re looking to conceive (from a lack of interest standpoint).

Not only that, but the same source notes that melatonin can affect a man’s sperm count, namely by decreasing it. The motility of the sperm (their ability to swim) can also be negatively impacted, explains Livestrong.

Must-Have Blenders for Every Budget

The Dosage May be Inaccurate

According to the National Sleep Foundation, because melatonin is not a controlled substance (because it occurs naturally in some foods), it is not monitored as closely as some other hormones (melatonin is the only hormone that doesn’t require a prescription in the U.S. notes the source).

That being said, melatonin is often made in factories that are not regulated by the Food and Drug Administration (FDA), and the result is that the dosage listed on the bottle and the dosage of the pill may vary. You could end up with 20-times the normal melatonin levels in your body, notes the foundation.

The Mayo Clinic notes that melatonin has been “widely studied” as a jet lag solution, and is now a generally accepted treatment for it. The key is that melatonin seems to allow people to rest during their normal waking hours, which can help “reset” their sleep schedule. Normally, melatonin is only released when your body senses darkness.

The clinic notes the time of day when you take the supplements is important to combat jet lag; if you have just flown a long distance east, then take melatonin at the local bedtime. If you’ve flown west, take melatonin in the morning.

LiveScience explains that melatonin has been linked to certain cancers, but not through taking too much of it. It’s quite the opposite, according to the source, as patients with breast cancer (women) and prostate cancer (men) often have lower levels of melatonin.

As a result, melatonin is apparently used as a supplement to cancer treatment, according to LiveScience. It goes beyond breast and prostate cancer; the hormone is also used to treat cancers of the brain, lungs, and neck, notes the source.

It Can Help Treat Other Conditions

You may sleep easier knowing that by taking melatonin, you could be decreasing the severity and risk of other health problems aside from insomnia, according to the Huffington Post. Those diseases and disorders include Alzheimer’s, Parkinson’s, and as mentioned before, cancers.

The benefits of melatonin for these degenerative health issues seem to trace back to its antioxidant properties. The source also notes there is evidence the hormone can be helpful for migraine sufferers and those with hypertension.

Your body naturally produces melatonin (in the pineal gland), but there are some reasons your levels may be low, says the Institute of Health Sciences. Somewhat ironically, one of the main causes of low melatonin is lack of sleep, it explains.

There can be factors that disrupt your sleep and your melatonin production, such as working night shifts, jet lag, alcohol, caffeine, stress, blood sugar imbalances, and exposure to light (put black-out curtains or blinds in your bedroom, and limit your screen time at bedtime), it adds. The source notes that some older adults don’t produce any melatonin at all.

Tips for Spring Cleaning and How to Organize Your Home

Having Too Much Can Cause Daytime Symptoms

The same source indicates that while melatonin deficiency “appears to have far-reaching consequences,” the side effects of excess melatonin are mostly felt during waking hours.

Those symptoms include feeling tired during the day, withdrawing socially, and feeling irritable. Insomnia is is another listed side effect – some sources call it “rebound insomnia” from using supplements regularly.

Several sources note that serotonin – the brain’s “feel-good” hormone – is required to produce serotonin. But they’re not the same thing, as Livestrong points out. Serotonin is linked to feelings of happiness and relaxation, while melatonin is associated with sleep. You could say they’re actually opposites in terms of function.

Serotonin is only produced in your body and is referred to as a neurotransmitter (sending messages between nerve cells), while melatonin is a “neurotransmitter like substance” that is vital to regulating your internal sleep clock (circadian rhythms), adds the source.

If you’re looking for natural sources of melatonin, then you can bulk up on cherries, says Livestrong. Some foods can aid in the production of melatonin, although they don’t contain the hormone – such as bananas, oatmeal, and milk, thanks to “amino acids, vitamins and complex carbohydrates necessary for melatonin manufacture.”

Meanwhile, sources of tryptophan (the amino acid thought to make you feel tired after feasting on turkey) can boost serotonin, which in turn boosts melatonin production as “both hormones have the same amino acid precursors,” it notes. These foods include seafood, dairy, chicken, nuts, seeds, and eggs (strangely, no mention of turkey).