How Eye Color Can Affect Your Health and Personality 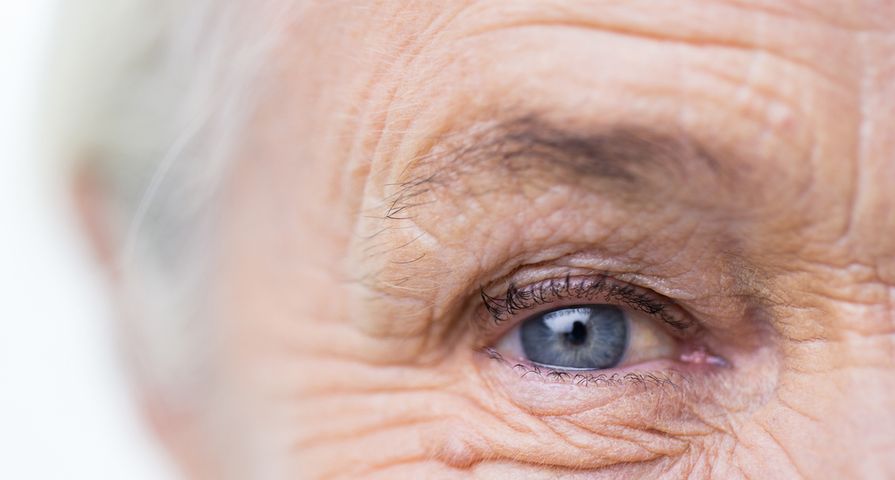 Foods That May Improve Eyesight

For most people, the color of one’s eyes is a purely superficial trait that, for some people, may in a very minor way help determine how they feel about someone else. Deep, piercing blue and green eyes have often been one part of a person’s physical attraction for someone else. But rarely do we think beyond this level to ask the question “is there more to eye color than simply the overall appearance of the eye?”

The short answer to that question is simply ‘yes.’ Eye color can actually signal many things, some of which can be health-related and may even act as indications that an individual is more susceptible to certain types of health conditions. Now, let’s dig a little deeper into the subtle yet important meanings behind eye color.

Cataracts is a serious health problem that affects the eyes. Typically emerging in older people, it makes one’s vision appear clouded or foggy, and over time it can lead to serious problems making out images. At the same time, individuals with cataracts often see the appearance of their pupils change, with the original color fading and a foggy effect slowly taking over.

Unfortunately for people with dark colored eyes — such as those with deep brown eyes — cataracts is more likely to become an issue at some point in their lives. In fact, some studies have suggested people with dark eyes are roughly twice as likely to develop cataracts as someone with blue or green eyes. If you have a family history of cataracts and dark-colored eyes, you should definitely schedule regular check-ups with your optometrist to get tested and catch the problem before it becomes more serious.

Don't Be Shortsighted With These Facts About Children's Vision

Whereas people with dark eyes have a significantly higher chance of developing cataracts — a condition that can lead to progressively foggier, more cloudy vision over time — individuals with blue eyes are much less likely to suffer from vitiligo, a condition that has very little to do with the eyes themselves. Instead, vitiligo is an autoimmune disease that results in loss of skin color, leaving the skin appear blotchy.

Research shows that, in caucasion people who had vitiligo, only 1 in 4 or so had blue eyes. In comparison, nearly half had brown eyes, with people with green and hazel eyes following in the middle. Researchers believe the genes that play a role in determining eye color are also a factor in determining the presence of vitiligo.

Blue-eyed people are lucky to be less likely to develop cataracts or vitiligo than their dark-eyed counterparts, but the same does not apply to melanoma, or skin cancer.  That’s because, when it comes to their genetic backgrounds, vitiligo and melanoma are essentially opposites.

You see, vitiligo is an autoimmune disease, meaning it targets our own immune systems in causing the skin condition. This same response could be the reason melanoma is comparatively more rare in dark-eyed people, such as those with brown eyes. To date, this relationship is still something of a mystery, though researchers continue to investigate the matter.

Individuals with darker eyes may be more sensitive to alcohol, meaning it has more of an impact on them than people with lighter blue or grey eyes. Additionally, this means that people with blue or green eyes tend to drink more alcoholic beverages than their dark-eyed counterparts.

This is, of course, is not necessarily a good thing for people with blue and green eyes. Consuming more alcohol could make them more susceptible to the many health problems that arise from overconsumption, including liver disease, diabetes, heart attack, and stroke. This should be a particular concern if alcoholism is present in your family’s health history.

Can the color of your eyes actually have an impact on how much pain you can withstand? Research by the American Pain Society in 2014 suggests there’s a link, with findings showing that women who have lighter eye colors — such as blue and green — are able to stand more pain than their dark-eyed counterparts.

The research in question focused on child birth and found that women with darker eye colors felt more anxiety and had a harder time sleeping both before and after giving birth, with these problems directly linked to the pain of the child birth experience. That said, dark-eyed women felt a greater reduction in pain when undergoing an epidural, the primary anesthetic used during labor.

Watch For These Common Eye Problems

Following age 50, many older adults begin to experience age-related macular degeneration, or AMD, which involves the progressive damaging of the central part of the eye most responsible for refining our eyesight. In time, AMD can lead to images appearing blurry and may also result in the appearance of phantom spots in one’s eyesight.

Unfortunately for people with light-colored eyes, such as those with blue and green eyes, they are more likely to experience age-related macular degeneration. Other contributing factors including a family history of the condition, along with a history of smoking cigarettes. If several of these factors, including having lighter-colored eyes, affect you, consider having a conversation with your family doctor about AMD.

If the whiteness of your eyes suddenly becomes pink or deep red, there may be a problem. The good news is that the reddening of the white part of the eye is usually fairly harmless and tends to result from a temporary exposure to some kind of allergen, such as pollen, animal dander, or grass. Redness of the white part of the eye can also emerge if one gets an insufficient amount of sleep or engages in the smoking of marijuana. Alcohol consumption may also cause the eyes to appear red and swollen.

If none of these scenarios sounds reflective of your situation, consider meeting with your family doctor or an optometrist to ensure something more serious isn’t behind the problem.

Ways to Protect Your Eyes and Maintain Eye Health

8. Yellowing of the Eyes

If you’ve ever looked in the mirror one morning to see that the white part of your eye has turned some shade of yellow, it can elicit a rather scary feeling. Indeed, a yellowing of the eyes is usually a sign of some kind of liver problem, including jaundice.

If you’re not familiar with the condition, jaundice can involve the discoloration of not just the eyes, but also the skin. It’s typically related to the growth of an underlying liver-related disease, which can result in higher amounts of a compound known as bilirubin in the blood. Bilirubin is released into the bloodstream when there’s a progressive breakdown of red blood cells, another sign of an underlying problem. Should you experience a yellowing of the eyes or skin, contact your doctor immediately.

9. Color Change in One Eye

Having the color change in only one eye can be surprising and a little scary. In truth, it’s often a sign that some kind of underlying health condition is becoming a bigger problem. A few possibilities include the development of neurofibromatosis — which involves tumors affecting the nerve tissue — and Waardenburg syndrome, which can lead to one’s skin becoming pale and even loss of hearing.

Another possibility is that there’s something wrong with the eye which has only recently changed color. Experts say this sudden changing of one eye’s color could be an indication that this single eye is now experiencing melanoma of the iris, a part of the eye. In any case, sudden changes to the color of one eye should result in the individual contact their family doctor or optometrist right away. That said, individuals who have long had two different eye colors — such as since birth — may not be experiencing any health problems.

A relatively recent Australian study of more than 300 people found that people with dark-colored eyes were more closely associated with words and feelings associated with generosity, friendliness, and empathy. Meanwhile, individuals with blue eyes were seen as far more competitive and more likely to disagree on issues.

It’s not yet clear how the study’s participants came to these conclusions, though researchers speculate that it could have ancient connections. They argue it’s possible that people with blue eyes were seen as exotic and more attractive, giving them something of a competitive edge over their dark-eyed counterparts.

Have you ever judged someone’s trustworthiness based on their eye color? A recent survey of more than 200 people found that people who were shown the faces of people with dark eyes said they felt those people were more trustworthy than individuals with blue eyes.

Researchers speculate that this may have something to do with the facial structure of people with dark eyes and dark features, including broader chin, bigger mouth, larger eyes. Some of these characteristics are strongly associated with feelings of trust.

Regardless of the overall color of your eye, if you notice the emergence of a white ring around the cornea, or iris, there may be trouble afoot. In some cases this is an indication that the individual’s cholesterol has reached an unhealthy level, potentially increasing their chances of suffering a serious health problem, such as heart attack or stroke.

The good news is that a white ring can also be a rather harmless indicator of aging and may not be directly related to cholesterol level. But even if it is a sign of high cholesterol, there are many medications and relatively simple lifestyle changes one can pursue to ensure they remain healthy overall.