Things That Can Actually Prolong a Cold 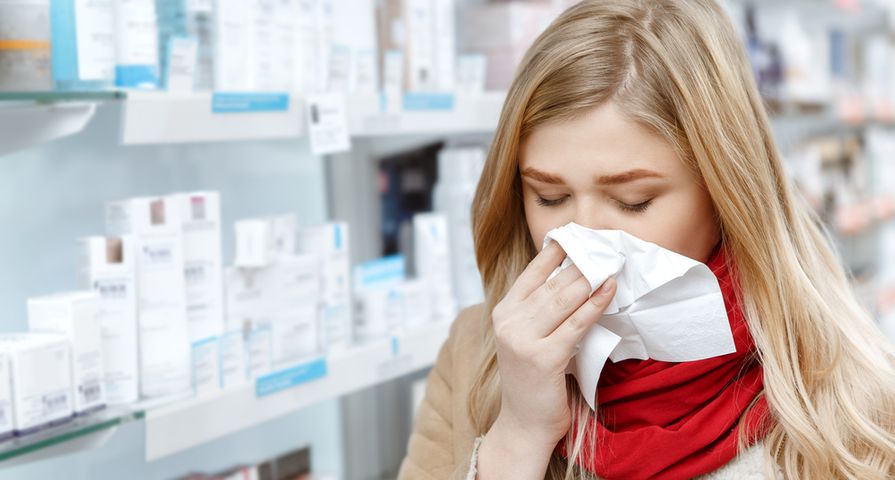 Regardless of whether or not you’re sniffling from a common cold or battling full blown fever and a sore throat influenza, you should be making time for rest and relaxation.

Taking care of yourself is vital when battling a cold or flu virus. It’s common sense that when you treat your body kindly, you’ll recover faster. And let’s face it, when we’re sick with a nagging cold, all we want is to feel normal again! Unfortunately, life is busy and most of us don’t have time to slow down, but if you refuse to be a patient and stay home in bed, you could be dragging your sick days out for a more extended period.

To recover faster, avoid doing any of these things that could prolong your recovery!

Nobody likes being bogged down by an illness and missing out on social gatherings, work, or everyday life in general. I mean, who has time to be sick these days? None of us do. However, it doesn’t mean we should power through our sickness and spread our germs around.

Think of it this way, you picked up your illness from someone who unintentionally spread their germs, do you want to do the same to someone else? Probably not. Do your friends and co-workers a favor, and stay home until you are better. Going out and about while sick will not only spread your germs to other people, but also prolong your sickness.

There is a reason that smokers get sick more often than people who don’t. It’s because inhaling nicotine and tobacco will damage the tissue in your lungs and make them more prone to infections. Not only are their symptoms often worse than those who don’t smoke, but it’s also more difficult for them to fight off a cold.

“Symptoms often linger in those who are smokers,” says Amesh A. Adalja, MD, a board-certified infectious disease physician at the University of Pittsburgh to Prevention.

Refusing to Accept That You’re Sick

If you try to ignore a cold or flu, you’ll just end up more rundown and it will take longer for you to recover. Instead, reserve your energy for where it’s needed most—to help you fight your illness. “The most common mistake people make is to not slow down and take care of themselves when they have a cold,” says Neelam Taneja-Uppal, MD, an infectious disease specialist in New York City to Everyday Health.

Bacterial infections require antibiotics—cold viruses do not! The common misconception that will drastically prolong your illness is popping antibiotics for the wrong reason, which eventually creates a resistance to prescription drugs and wears your immune system down. Instead, opt for an over-the-counter cold treatment for virus recovery.

It should be common knowledge that in order for our body to function at its best ability, it needs proper rest. This is true on a day of good health, which means it’s especially true when your body is battling an illness! It’s hard for a lot of people to stop and slow down when they get sick because we’re busy and the world around us doesn’t stop just because we’re sick.

Unfortunately, it’s what we need in order to get better. “Once you have a cold, you need to catch enough Zzz’s to help your body fight off the virus. Take it extra easy during the first 3 days,” writes WebMD. The source references one study which found that people who didn’t get enough sleep, so less than 7-hours, were three times more likely to get sick than people who slept for 8-hours or more!

In addition to lack of sleep, the second biggest cold culprit is high stress. Not only can undue anxiety make you sick; it can lengthen your recovery time if you’re forcing yourself to go to work while ill or missing sleep. Luckily, there are lots of things we can do to relieve stress.

“Relieving stress through yoga, meditation, weight training, or cardio exercise can boost your endorphins, which can have a positive effect on boosting your immune system,” says Vikram Tarugu, MD, a board-certified physician in Florida when talking to Prevention.

There’s something practical to every mom’s advice when sick which is to drink lots of fluids! WebMD backs this up by explaining how a fever draws moisture out of the body, so people who are sick are losing fluid through a fever and excess mucus production. In addition to that, certain over-the-counter medicines, like laxatives, can cause dehydration.

So load up on water, juice, herbal teas, and broth. The more your body is hydrated, the less congested your sinuses will become with stubborn mucus. WebMD also advises staying away from fluids that will only cause you to become more dehydrated like coffee, alcohol, or any caffeinated drink.

Too Many Cold Meds

It’s hard to not rely on things like decongestants throughout the day while battling a cold. There’s nothing more annoying and frustrating than a stuffed up nose and congested head. While these treatments can provide some short-term relief, if they are over-used they can begin to exacerbate cold symptoms and cause nasal cavities to become severely inflamed.

“It’s safe to take nasal decongestants for three days — but no longer than that, as the nose can become addicted to them and you can end up with permanent nasal inflammation,” says Arthur Wu, MD, a sinus specialist at Cedars-Sinai in Los Angeles when talking to Prevention.

We’ve already established that hydration is important to fight off a cold.  Alcohol dehydrates, which weakens the immune system and dulls the effects of over the counter cold medications and prescription drugs.

Mixing Too Many Cold Remedies

Mixing too many cold remedies (over the counter or prescription) can have dangerous consequences. For example, decongestants like pseudoephedrine mixed with other meds can cause life-threatening side effects. So always check labels and ask the pharmacist about potential interactions.

Overdoing It At The Gym

Working out is important, and we totally relate to those people who are seriously dedicated to their exercise routine. We should all be exercising on a regular basis. However, there are exceptions to this rule. It is totally okay to take a break when sick. You might think a common cold is not a big deal and easy to push through, and it’s true, a cold is not serious and will go away on its own, but the only way for the body to heal is with a little rest and recovery. Plus, it’s common courtesy to not spread your germs all over the equipment at the gym!

So how do we know when it’s okay to workout and when it’s not. WebMD says the best rule to follow is if your symptoms are all above the neck, so runny nose, stuffy head, sneezing and sore throat, then you’re probably still okay to exercise. You will definitely want to tone down the workout from a run to a walk.

If the symptoms have started to appear below the neck like with chest congestion, hacking cough, upset stomach, fever, fatigue, and muscle aches — then you need to take a break from the gym and get some rest.

If you’re suffering from an upset stomach, then it’s usually advised that you should avoid dairy, but if it’s just a common cold, dairy could actually help speed up the recovery process. A lot of people tend to avoid dairy when they are sick because there’s a misconception that it can make things worse, but Angela Lemond, RDN, a spokesperson for the Academy of Nutrition and Dietetics told Men’s Journal that this is totally not true.

“Dairy does not increase mucus production,” says Lemond. “It may cause phlegm to seem thicker, but it does not cause more production. Some actually think it soothes their sore throats, and milk is loaded with immune-boosting nutrients. Therefore, I do not tell people to eliminate dairy while congested.”

Since the symptoms of a common cold are similar to those of other conditions, the reason you’re not getting better could be because you’re treating the wrong illness. You could be battling allergies and not a cold, especially if it’s the spring.

To help avoid this problem, WebMD provides some examples of how to tell the difference between a common cold, sinus infection, and allergies. For a cold, it typically comes on slowly over a few days, whereas allergies will appear suddenly and last for longer. “Both cause a cough, runny nose, and sneezing, but a cold is more likely to give you aches and pains or a fever,” writes the source.

WebMD also points out that a cold can be confused with a sinus infection because they both cause pain around the eyes and nose, and produce a yellow colored mucus. The biggest difference between the two is that a cold will produce these symptoms within the first few days and a sinus infection “typically shows up after the normal time it takes for a cold to run its course.”

We’ve all been there before. When we’re not feeling well we tend to break all our good habits like working out and eating healthy. We already discussed the exception to the rule with working out, but we’re here to tell you that there is no exception to the rule when it comes to eating healthy. This is something we should practice even when we’re feeling under the weather. In fact, this is when it’s more important than ever! In order to fight off whatever it is that our immune system is battling, our body needs to have the proper nutrients and minerals.

Eating things like sugar and saturated fats will only make us feel worse and weaken our immune system. “Eating excessive sugar in one sitting has shown to lower the immune system for at least two hours,” says Angela Lemond, RDN, a spokesperson for the Academy of Nutrition and Dietetics to Men’s Journal. “High-sugar foods have a tendency to be lower in nutrients as well.”

The last reason on this list that you’re cold isn’t going away is because it’s not a cold. You might have started off battling a cold, but if you didn’t give yourself time to recover, you could have picked up something more serious while your immune system was weakened. If you are suffering from symptoms like fatigue, fever, muscle aches, sinus pressure, and congestion — it could be something more serious than a cold.

“A cold that persists can weaken your immune system, putting you at risk for other infections like sinusitis, bronchitis, ear infection, or even pneumonia,” says Arefa Cassoobhoy, MD, MPH, an internist at Atlanta VA Medical Center to Prevention. “Don’t hesitate to call your doctor and see if you should go in.”