Top Cancers in the United States 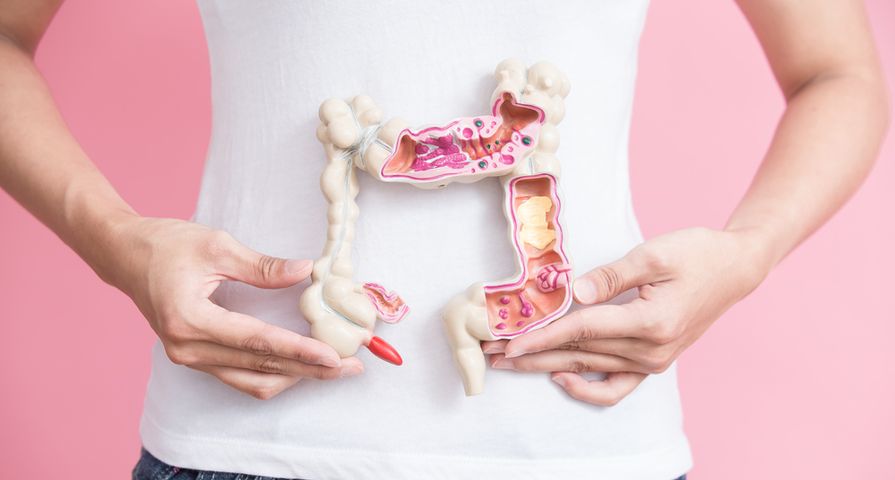 Cancer is characterized by the uncontrolled growth and spread of abnormal cells. Cancer may be caused by genetic mutations, as well as environmental and lifestyle factors. Environmental and lifestyle factors that may increase the risk of developing cancer include smoking, heavy alcohol use, obesity, lack of exercise, unhealthy diet, and exposure to pollution. Most cancers develop in older individuals.

According to the American Cancer Society (ACS), 78-percent of all cancer diagnoses are in individuals 55-years of age and older. Cancer is the second leading causing of death in the U.S.  In 2015, approximately 1,658,370 new cases of cancer will be diagnosed in the U.S.  The top 12 cancers in the U.S. are…

Risk factors for breast cancer include female gender, older age, heredity (BRCA1 and BRCA 2 genes), obesity, long-term use of hormone replacement therapy (HRT), radiation to chest before age 30 to treat another cancer, and family history or personal history of breast cancer.  Mutations in the BRCA 1 and BRCA 2 genes are the most common cause of hereditary breast cancer. Today, genetic testing is available to detect mutations in these genes.  The U.S. Preventive Services Task Force (USPSTF) recommends biennial screening mammography for women aged 50 to 74-years.

Symptoms and Causes of Mesothelioma

Overall, the prognosis for lung cancer is bleak with 5-year survival rates for all stages being a dismal 16-percent. Cigarette smoking is the most significant risk factor for lung cancer. Non-smokers can contract lung cancer as a result of prolonged exposure to second-hand smoke. The USPSTF recommends annual screening for lung cancer with CT in adults 55 to 80-years old who have a 30-pack year smoking history.

Prostate cancer is the most commonly diagnosed cancer among men in the U.S. and the ACS estimates there will be 220, 800 new cases diagnosed in 2015. The prostate is a walnut-shaped gland below the bladder that is a component of the male reproductive system. Prostate cancer ranks as the second most common cause of cancer death among men, and the ACS estimates there will be 27, 540 deaths attributable to the cancer in 2015.

Risk factors for the development of prostate cancer include increasing age, African ancestry, and family history of the disease.  It is a disease of older men with 97% of cases occurring in men aged 50-years or older. The highest rates of disease are found in African-American males. It is a slow-growing cancer and the prognosis is good with 5-year survival rates approaching 100%. Screening for prostate cancer is controversial and done with an annual prostate-specific antigen (PSA) blood test and a digital rectal exam (DRE).

Pros and Cons of Immunotherapy

Smoking is a well-established risk factor for the development of bladder cancer and increases risk by a factor of 4. Other risk factors include increasing age, male gender, being white, and exposure to certain chemicals used in the manufacture of dye, rubber, leather, and aluminum. The prognosis for bladder cancer is good with 5-year survival rates of 77-percent for all stages combined.  There are currently no screening recommendations for individuals at average risk for bladder cancer.

Melanoma is the deadliest form of skin cancer.  The ACS estimates there will be 73, 870 new cases of melanoma diagnosed in the U.S. in 2015.  There will be an estimated 9, 940 deaths attributable to melanoma in 2015. The cancer accounts for less than 2-percent of individuals diagnosed with skin cancer, but accounts for the vast majority of all skin cancer deaths. Melanoma develops in melanocytes, cells in the skin that produce melanin. Melanin is responsible for the color of our skin, eyes, and hair.

Melanomas can develop anywhere on the body and usually arise from moles. Risk factors for melanoma include fair skin, a history of sunburn, use of tanning beds, a weakened immune system, a history of excessive sun exposure, a personal or family history of melanoma, and atypical, large, or numerous (more than 50) moles.  The best way to detect melanoma early is to recognize new or changing skin growths.

Non-Hodgkin lymphoma (NHL) is a cancer that affects lymphocytes, one of the five types of white blood cells. Lymphocytes play an important role in the lymphatic system, which plays a large role in immunity.  There are many different subtypes of NHL. The ACS estimates there will be 71, 850 new cases of NHL diagnosed in the U.S. by the end of 2015. There will be an estimated 19, 790 deaths due to NHL in 2015.

Individuals of any age may develop NHL. Risk factors for the development of NHL include increasing age, infection with certain viruses and bacteria (HIV and Epstein-Barr virus), medications that suppress the immune system, and certain chemicals such as pesticides. Symptoms of NHL may include enlarged lymph nodes, fever, weight loss, chest pain, night sweats, fatigue, abdominal fullness, and shortness of breath. The prognosis for NHL is fair with 5-year survival rates of nearly 69-percent.

Kidney cancer develops in the tissues or ducts of the kidneys, two bean-shaped organs located behind the abdomen. The most common kidney cancer in adults is renal cell carcinoma. Children may develop a form of kidney cancer called Wilms’ tumor. The ACS estimates 61, 560 new cases of kidney cancer will be diagnosed in the U.S. in 2015.  Furthermore, there will be an estimated 14, 080 deaths due to kidney cancer in 2015.

The strongest risk factor for kidney cancer is smoking. Other risk factors include obesity, high blood pressure, chronic renal failure, and occupational exposure to chemicals such as trichloroethylene. Early stage kidney cancer is usually asymptomatic. Late stage kidney disease symptoms may include blood in the urine, fatigue, weight loss, fever, and abdominal pain. Currently, there is no screening test recommended for detection of kidney cancer. The prognosis for the cancer is good with 5-year survival rates at 72-percent.

Cancer Screening Tests Every Woman Should Get

Endometrial cancer affects the layer of cells forming the lining (endometrium) of the uterus. The uterus is a pear-shaped organ in the female pelvis that houses and nourishes a developing embryo. Endometrial cancer is sometimes referred to uterine cancer. The ACS estimates 54, 870 new cases of endometrial cancer will be diagnosed in the U.S. in 2015. There will also be an estimated 10, 170 deaths due to the cancer in 2015.

Risk factors for endometrial cancer include obesity, menopausal hormone replacement therapy exclusively with estrogen, a history of polycystic ovary syndrome, increasing age, never having been pregnant, hormone therapy (tamoxifen) for breast cancer, and late menopause.  Abnormal uterine bleeding, especially in postmenopausal women, may be an early symptom of endometrial cancer. Other symptoms of the cancer may be pelvic pain, pain with urination (dysuria), and pain during intercourse (dyspareunia). Currently, there is no screening test recommended for the detection of endometrial cancer.

Leukemia is a cancer of the bone marrow and blood. It mainly affects white blood cells, which help fight infections and maintain immunity. The four main types of leukemia are acute lymphocytic (ALL), chronic lymphocytic (CLL), acute myeloid (AML), and chronic myeloid (CML). The ACS estimates 54, 270 new cases of leukemia will be diagnosed in the U.S. in 2015.  Furthermore, there will be an estimated 24, 450 deaths attributable to leukemia in 2015. Leukemia kills more individuals under age 20 than any other cancer.

Risk factors for leukemia include previous cancer treatment with chemotherapy or radiation therapy, Down syndrome, smoking, a family history of leukemia, and exposure to certain chemicals such as benzene and formaldehyde. There is no screening test recommended for the early detection of leukemia. Most types of leukemia respond to treatment with chemotherapy. Survival for leukemia varies dramatically from 25-percent to 84-percent depending on type with respect to 5-year survival rates.

Man Up For These Essential Screening Tests

Pancreatic cancer is one of the most deadly forms of cancer.  It develops in the tissues of the pancreas, which is an organ that aids in digestion and regulates glucose metabolism. The ACS estimates 48, 960 new cases of pancreatic cancer will be diagnosed in the U.S. in 2015. There will also be an estimated 40, 560 deaths due to the cancer in 2015.