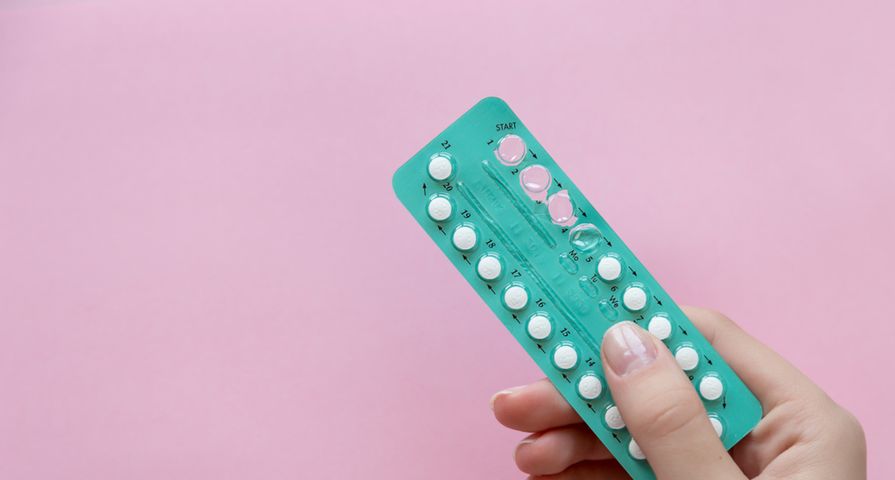 Hormone replacement therapy (HRT) is often used to treat the uncomfortable symptoms of menopause as it works to replace the female hormones that the body no longer makes anymore. It can also be used to prevent bone loss and reduce fractures.

However, ever since the Women’s Health Initiative (WHI) trial found that HRT could increase a woman’s risk of developing breast cancer, heart disease, stroke, and blood clots, the amount of women taking this medication dropped dramatically. Due to the risks, many people are afraid to use this form of therapy, but it can have some benefits when used correctly and depending on the person. You should weigh the pros and cons with a doctor to find out if this treatment is right for you.

Before we really get into the details of each hormone replacement therapy we must clarify some things. First up, there are two different types of HRT. The first is estrogen-only therapy (ET) which is the best form of treatment for menopause symptoms. It’s important to note that this type of therapy is only prescribed to women without a uterus (those who have gone through a hysterectomy), says North American Menopause Society (NAMS). The second type is a combination of estrogen and progestogen therapy (EPT). This can be prescribed to women with a uterus because the progestogen protects women with a uterus from uterine cancer.

Next thing to know is that there are two different ways to take hormone therapy: systemic hormone therapy and low-dose vaginal products. Systemic hormone therapy can come in the form of pill, skin patch, gel, cream, or spray. This type is the most effective for symptoms like hot flashes and night sweats. “Estrogen can also ease vaginal symptoms of menopause, such as dryness, itching, burning and discomfort with intercourse,” writes the Mayo Clinic. On the other hand, low-dose vaginal products are either a cream, tablet, or ring and these are the most effective for treating vaginal and some urinary symptoms, but do so in a safe low-dose method.

Now onto the pros and cons of each form of HRT…

According to WebMD, oral pills are the most common form of hormone replacement therapy. The source also provides some examples which are “conjugated Estrogens (Premarin), estradiol (Estrace), and Estratab.”

You must consult with a doctor to determine which one is right for you, if at all. The source also notes that most estrogen pills are to be taken only once a day, with food. Although, some can have a more complicated schedule.

While there are now many forms of estrogen therapy and (EPT), estrogen pills are the most widely studied. The pills are commonly known for their ability to successfully reduce or resolve the symptoms of menopause, primarily hot flashes. WebMD also notes that they are able to lower the risk of osteoporosis.

As we previously mentioned, estrogen pills have been the most studied form of HRT and so the risks have been widely publicized. It has been found that estrogen on its own can cause a slight increase in blood clots, strokes, and when it’s combined with the hormone progestin it can raise the risk of breast cancer and heart attack.

On top of all these risks, oral estrogen therapy can also cause some side effects. “These include painful and swollen breasts, vaginal discharge, headache, and nausea,” writes WebMD.

Lastly, because pills are synthesized through the liver and sometimes not well absorbed, they are not recommended for people with liver damage or stomach problems, says WebMD. Instead they should look at other forms of estrogen therapy like through a patch, gel, cream, or ring.

Skin patches are available in the form of estrogen-only (for example Alora, Climara, Estraderm, and Vivelle-Dot) or a combination of estrogen and progestin (like Climara Pro and Combipatch). WebMD says there’s also a patch that contains a low-dosage of estrogen and is only prescribed to reduce the risk of osteoporosis — it won’t help treat any menopause symptoms.

The source also goes on to explain that the patch is often placed on the lower stomach, underneath the waistline, and is changed about once or twice a week, depending on specific instructions for each patch.

There are several advantages for taking the patch over the pill, or any other form of treatment. First of all, the patches could be a safer option because unlike the pill which is synthesized through the liver, a woman using the patch (or a gel) will absorb estrogen through the skin and it will go directly into the blood. WebMD cites a 2007 study which found “the patch does not pose a risk of blood clots in postmenopausal women like oral estrogen does, though more studies are needed before making definitive conclusions on whether patches are safer than pills.” To be safe, all forms of estrogen treatment carry a black-box warning informing patients of their potential blood clot risk.

Also, they are super convenient. All you have to do is stick the patch on and it can be left for several days, unlike some of the other treatments on this list which have to be re-applied or taken each day which means there’s a chance of forgetting to do it. The patch is also typically worn on the lower stomach, as we mentioned earlier, so it’s discreet and comfortable.

While patches are considered to be slightly safer than some of the other forms of treatment, like the pill, it’s still too early to tell, says WebMD. The safest thing to do is to assume that they all carry similar risks of cancer and stroke, and that they might all cause some form of mild side effect like painful and swollen breasts, vaginal discharge, headache, and/or nausea. There’s also a potential risk that the patch could irritate the skin where it is applied, notes the source. In addition, women with increased lipids, using the patch is a better alternative.

WebMD also warns that patches cannot be exposed to extreme heat levels or direct sunlight, so forget wearing them in a bathing suit, a tanning bed, or a sauna!

Estrogen topical creams, gels and sprays are kind of like the patch in the sense that they are applied directly to the skin and absorbed through the skin and into the bloodstream. WebMD lists the most common estrogen gels which are Estroge and Divigell, as well as creams like Estrasorb, then a spray like Evamist — all of which will provide a different way to apply estrogen to the skin.

“The specifics on how to apply these creams vary, although they’re usually used once a day,” writes the source. For example, WebMD explains that Estrogel is applied to the arm all the way from the wrist to the shoulder, where as Estrasorb is meant for the legs. Evamist is also applied to the arm.

Similar to the patch, the biggest upside of creams, gels and sprays is that they are absorbed directly through the skin which means they are safer for the liver, like the oral forms of estrogen.

Unlike estrogen pills which have been very thoroughly studied, topical creams, gels and sprays have not, so there is a lot we don’t know about them. While they are thought to be safer than the pill, the truth is, more research is needed. So it’s best to just assume they carry the same risks as other HRT’s when it comes to cancer and stroke.

Also, one of the major downfalls for this type of estrogen treatment is that because it’s topically applied, it can be accidentally washed off before it’s been fully absorbed, says WebMD. Make sure you let the treatment dry before putting on clothes and apply it after taking a shower or bath so that it doesn’t get rinsed off.

You must be very careful with these creams and gels because it is absorbed through the skin, so you don’t want other people (who the medication isn’t prescribed for) touching them. If they do, they might end up getting an unwanted dose of estrogen. Similar to this, always wash your hands thoroughly after applying the medication so that it doesn’t get transferred elsewhere.

These forms of treatment are directly applied to the vaginal area which means they are excellent for targeting specific symptoms of vaginal discomfort like dryness, itchiness, burning, or pain during intercourse.

WebMD states that the dosage will depend on what product is being used, “but in general, vaginal rings need to be replaced every three months,” writes the source. Whereas vaginal tablets are used daily for a couple weeks until a certain period of time, and then they are only used twice a week. Lastly creams can be used many different ways either daily or several times a week.

According to Robin Phillips, a New York gynecologist and editor of “The Menopause Bible: The Complete Practical Guide to Managing Your Menopause” who talked to Healthline, she says ring devices are great for treating dryness and urination problems, both of which are symptoms of menopause.

Phillips also states that because ring devices release estrogen in such low doses, it doesn’t pose any problems to the rest of the body, but some doctors still don’t understand that. “Many family doctors, internists, and some oncologists don’t really understand that only a small amount of vaginal estrogen is absorbed if low-dose estrogen is dosed appropriately.”

WebMD also points out that these forms of treatment might be a little easier for patients because you don’t have to remember to take a pill everyday.

The biggest downfall of suppositories, rings and creams are that they don’t really do much for hot flashes. WebMD notes that this form of estrogen therapy is very much targeted to vaginal symptoms.

How to Choose the Right Treatment

As you’ve noticed, there are many ways to take estrogen. Before anything else, you need to talk to a doctor to find out if hormone replacement therapy is right for you and whether the benefits outweigh the risks. Once that is done, then you need to determine which form of treatment is best.

As we’ve just laid out in this article, each form of treatment has its own ups and downs and some of them target particular symptoms better or more than others. They also come in different dosages. For example, if you only experience vaginal symptoms of menopause then you’re probably more likely to use a low-dose vaginal cream, tablet or ring, rather than a higher-dose pill or skin patch, says the Mayo Clinic.