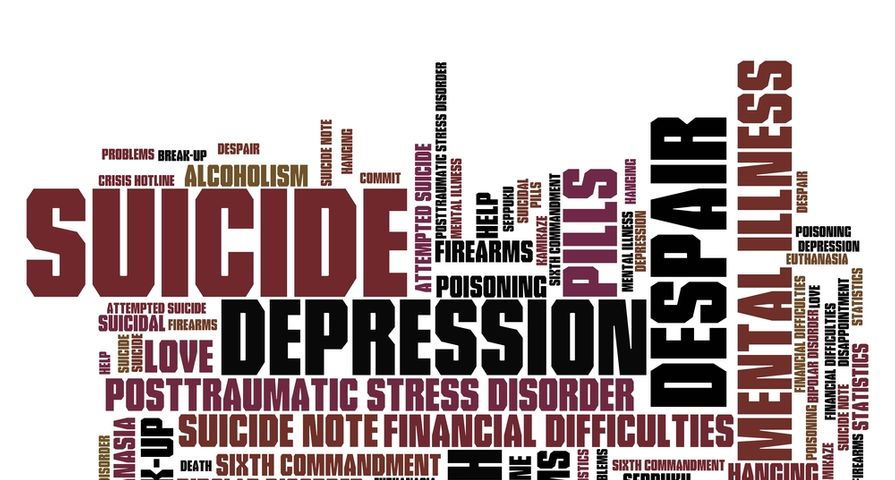 Depression is an illness that pays no head to age, sex, race, or socioeconomic status. Anyone, anywhere can develop this devastating and lethal disease. Young, old, male female, rich or poor—no one is immune.

Depression is a chemical imbalance of the brain in which the “feel good” substance, known as dopamine, is no longer produced in adequate amounts. Left untreated, depression can prove fatal. The good news is depression can be treated.  Education is the first step in the battle against this disease…

1. Depression Can Be Hereditary

Research has shown that depression does run in families. If your primary relative, such as a parent or sibling suffered from major depression, then you are 1.5 to 3 times more likely to develop this illness than someone who does not have a family history.

If a primary relative committed suicide your risk of following suit would also triple. Having a relative with this condition does not guarantee you will also develop depression. It simply means you have a genetic vulnerability to develop the disease, which other members of the population do not.

2. Depression Can Be Situational

Situational depression typically occurs as a result of traumatic life experiences. For instance, emotionally painful situations in a person’s life—including divorce, death of a loved one, financial difficulties, unemployment, illness, loss of home, or loss of role.

This condition is also referred to as reactive depression or adjustment disorder and is often short term, lifting when the situational trigger is resolved. However, when the stressors are ongoing or chronic, this condition can develop into longer lasting major depression.

3. Depression is Part of Bipolar

Bipolar illness is a mood disorder characterized by periods of extreme highs, known as mania, and extreme lows, known as depression. The National institute of Mental Health estimates that approximately 1 in 5 patients with bipolar commit suicide.

One of the most alarming symptoms of depression is cognitive distortions. Depression affects the frontal lobe of the brain, which is responsible for executive functioning—including reasoning and problem-solving.

When these areas in the brain become diminished in their functioning, a person’s negative thoughts become internalized truisms. Hopelessness and helplessness override logic and reasoning resulting in poor problem-solving and self-destructive behaviours. These cognitive distortions are what make depression such a dangerous and lethal condition.

5. Depression Does Occur in Children

Childhood is supposed to be a time of joy, but for some kids it’s anything but if depression strikes. Depression can and does affect children. Those especially vulnerable come from chaotic homes where one or more parents also suffer from depression and/or substance abuse.

Although rare, children can and do commit suicide. Boys under the age of 10-years-old are at the highest risk until adolescence. After age 16, girls are considered more at risk for depression and suicide. Approximately 2.5-percent of children will develop depression. These same children are at heightened risk of developing depression again in adulthood.

6. Depression is Often Overlooked in the Elderly

Depression in those over the age of 65-years-old is frequently overlooked and undertreated because of the coexistence of other late life maladies. These may include dementia, diabetes, hypertension, and anemia.

Suicide rates in the elderly are higher than any other age group yet only 10-percent of patients in this age group seek help. According to the National Institute for Health, people age 80- to 84-years-old are twice as likely to commit suicide as other members of the general public. The stigma associated with mental illness also plays a role in the reluctance of elderly people to seek help.

7. Depression Can be Fatal

Depression left untreated can and does result in fatalities. Suicide is the 10th leading cause of death for all age groups, according to the Centre for Disease Control and Prevention (CDC). Statistics from the CDC indicate that every 13-minutes a single death by suicide occurs.

Additional CDC research indicates that approximately 25-percent of those ages 18-years and over are affected by depression in any given year. And only half of people experiencing major depression seek treatment. One suicide occurs for every 25 suicide attempts. While in elderly patients there is 1 suicide for every 4 attempts. Males have a 4-times higher risk of committing suicide than females.

8. Depression and the Contagion Effect

Research shows health experts that those who are in close contact with depressed persons are more likely to develop depressive symptoms themselves. One study conducted by Haeffel and Hames involved college students who were randomly assigned roommates.

The study wanted to test the theory that “cognitive vulnerability” could be contagious. The results indicated that those college students who roomed with identified cognitively vulnerable students, became depressed themselves.

Research indicates that negative stereotypes towards those afflicted by mental illness are rampant. Labels such as “crazy” and “mental” are commonplace. Depression is often seen as a character defect or laziness.

Patients suffering with the condition may be told to “snap out of it” by well-meaning friends or relatives. Fear and lack of knowledge about depression and mental illness are contributing factors to the ongoing stigma. A Swedish study published by Psychology Today, found that stigma and embarrassment were the top reasons why people did not adhere to medication treatment.

Medical Tests Women Over 40 Must Get

10. Depression Can Be Treated

The good news is that depression can be successfully treated. The sooner it is treated the better the prognosis, and the less chance there is for relapse. Those with depression arising from emotional trauma tend to respond more positively to cognitive therapy while those with a biological based major depression due best with a combination of medication and therapy.

Cognitive behavioural therapy, including meditation and deep breathing exercises, has proven helpful for many individuals suffering from depression. Effective treatment should be individualized for each person to achieve maximum benefit.