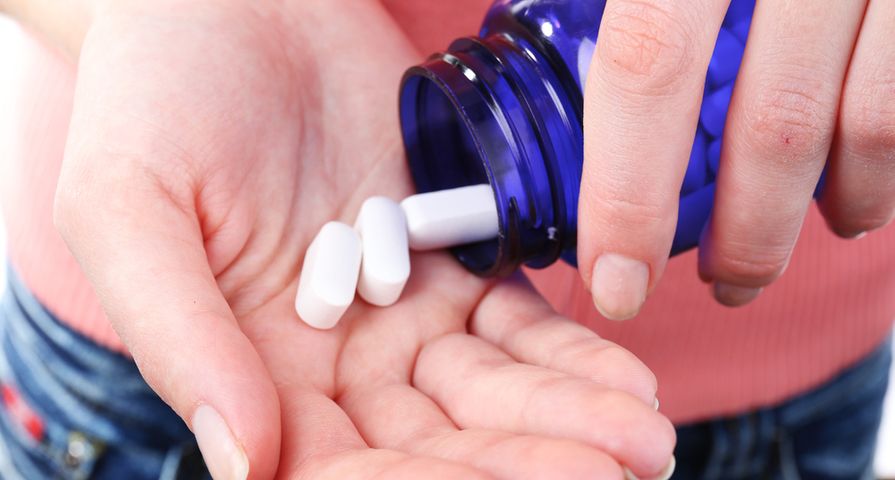 A balanced diet with all major vitamins and nutrients is always recommended for a healthy mind and body, but there are some vitamin and mineral supplements that have been proven to further help you manage symptoms of stress, anxiety and depression without taking prescription medications.

Keep in mind that you shouldn’t rely on supplements to manage your stress – exercise and diet are always key. However, by taking these seven supplements, you could help to naturally reduce your levels of anxiety and other mental health challenges before taking a trip to the doctor.

B Vitamins have long been linked to helping to beat stress, but B8 is particularly helpful in combating OCD (Obsessive Compulsive Disorder) and panic disorder, according to Health Central. In a previous study, patients with OCD reported relief compared to those who took a placebo.

However, the same study showed that subjects that were taking SSRIs (antidepressants) did not report any improvement when taking inositol, and that overall anxiety stayed about the same in all subjects. The supplement is also believed to assist patients with trichotillomania (compulsive hair pulling).

This is another B complex vitamin that has been linked to beating panic attacks. Natural News explained in a 2013 article that a Japanese study of 21 subjects with panic disorder showed a deficiency of B6.

B vitamins are also an important to create serotonin, which helps control your moods, mental stability, as well as sleep and cardiovascular function, according to the article. Antidepressant drugs are typically designed to prevent serotonin from being reabsorbed by the brain, making it more available to do its job as a neurotransmitter.

According to Everyday Health, iron deficiency could be the reason you’re feeling less than yourself mentally (and physically). While a 2014 article notes that 20-percent of women (and about half of pregnant women) have low levels of iron, while only 3-percent of men have this problem.

Low iron leads to anemia that has similar symptoms of depression, according to the article. These symptoms can include feeling sluggish, being irritable and not being able to focus mentally. Everyday Health suggests getting between 8 to 18 mg of iron a day through read meat, fish, and poultry. If you’re into a little culinary variety, add liver to that list.

Vitamin D is something we get mainly from the sun, but for many Americans that means getting insufficient levels during the winter months when the sun goes into hiding (and so do many Americans). According to Centers for Disease Prevention and Control (CDC), as of 2006 about 1/4 of the U.S. population was low in Vitamin D. That’s a lot of people!

Scientists are no longer in the dark about the roles Vitamin D play for a healthy mind and body. Psychology Today said a link to depression has been found with people that have insufficient levels of this hormone. It also noted it can take weeks or months of sunlight exposure to return levels to normal – and one study “cured” three depressed subjects with Vitamin D supplements over 12 weeks.

Not to be confused with folic acid, some experts are saying that taking folinic acid orally as Calcium Folinate can naturally boost levels of serotonin. It can also help maintain a healthy and vital cycle called Methylation, which your entire body relies on and that includes your brain and thus mental health.

The problem with the Methylation cycle can be linked to a gene mutation that has been shown to respond well (at least in some people) to folinic acid to reduce mental health symptoms. The gene mutation also has been shown to complicate absorption of B vitamins, which we have already mentioned affect mood. At least one article notes folinic acid is even more effective when combined with Vitamin B12.

Best Health magazine touts magnesium as a mood mobilizer, and calls it “a calming mineral that nourishes the nervous system and helps prevent anxiety, fear, nervousness, restlessness and irritability.” It also assists the heart and arteries, which the magazine said is useful if you suffer from panic attacks.

Best Health noted that even a small dose supplement could help, but that a typical supplemental amount is 400 to 600 mg daily. The article said taking magnesium with twice the amount of calcium per day can promote more restful sleep, and that combining magnesium with Vitamin B6 can alleviate anxiety-related premenstrual symptoms.

An online resource for men, MenProvement, says that L-Theanine is an amino acid can help beat stress and anxiety. It is effective because it can easily cross the blood-brain barrier (which prevents some substances from entering the brain and spinal cord), and encourages production of our friend serotonin as well as dopamine, which is a feel-good hormone.

The article also notes that it produces something called GABA, which calms your brain down by limiting neurons from firing too often. While there are prescription versions of L-Theanine, MenProvement says the real thing is not addictive and has no withdrawal effects.