5 Common Sleeping Positions and How they Affect your Health 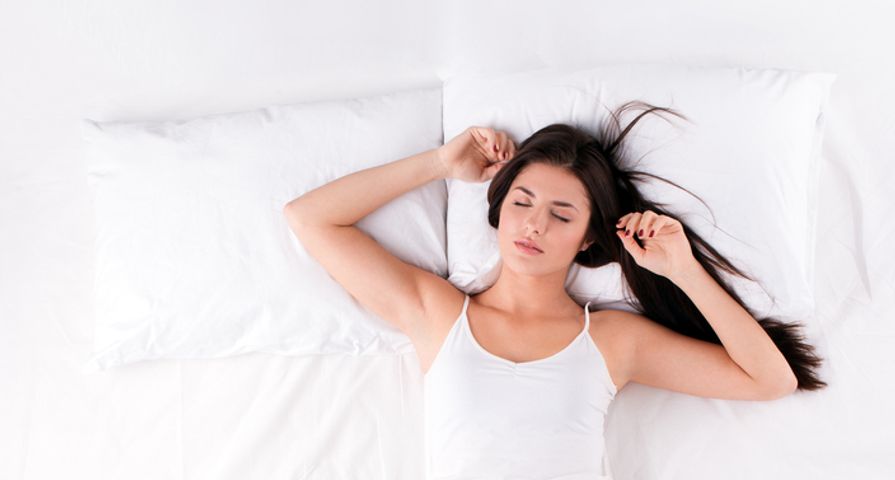 8 Scientific Facts about Early Birds versus Night Owls
Everyone seems to hit the hay a different way, whether it’s sprawled out like an eagle or knees curled to chest. However, while you may have found the perfect sleeping positing that’s most comfortable, the way you sleep could say more about you than you think.

Various positions not only affect how you feel physically in the morning and throughout the day—they can also affect your brain, according to a 2015 article from the Huffington Post. While you move around a lot at night (more than you think), here are 5 prominent sleeping poses and how they could be affecting your overall well-being…

Side sleeping is the most popular sleeping position, according to the HuffPost article, and it is also most common among animals. However, nature may have had a good reason for making it this way—the article says that side sleeping is possibly the most effective way to “clear our brain of the metabolic waste products that built up while we are awake.”

While this theory has only yet been proven in mice, this nightly clearing of the brain through what is called the glymphatic system may reduce the occurrence of neurological diseases in humans, as well as Alzheimer’s disease, according to the article.

2. Back Sleeping, Arms at Sides

While side sleeping may reduce neurological decline, it’s not the only healthy position to be in, according to Tan Tock Seng Hospital in Singapore. The hospital touts the benefits of sleeping on your back with your arms resting comfortably at your sides as being “the best” for spine and neck health.

However, there is a drawback of this position, according to the hospital—it may increase how much you snore, and may also increase complications due to sleep apnea, which can be a very serious condition that causes lack of breathing during rest.

This position mimics a fetus in the womb, with the knees up towards the chest. It is a variation of side sleeping, and therefore falls into the most common sleeping position category (Men’s Health magazine said that in a study of 1,000 people, 41-percent preferred this one).

While there’s the “brain cleansing” benefits, the Men’s Health article notes the benefits of “the fetus” form is relieving stress on vital organs such as your liver, stomach and lungs. It suggests curling up on the right side of your body for the benefits.

This is a variation of back sleeping, with your arms above your head rather than at your sides. Men’s Health magazine points out that those who prefer this position may have the same problems as other back sleepers in terms of snoring and breathing difficulties.

However, on a positive note, the magazine links this sleeping type to being “great listeners” who are “always willing to offer help and generally don’t like being in the limelight.” It has also been called the least popular sleep style for adults, but is sure is cute when babies do it.

There are variations of the “face down” sleeping position, with the hands on top of the pillow, below it or at your sides. The Mayo Clinic says that stomach sleeping with a pillow under your head (with your neck turned to the side) can end up putting strain on your back.

However, the clinic also notes that removing the pillow altogether or placing the pillow under your pelvis and lower abdomen can help alleviate this problem. It is also not the recommended sleeping position for pregnant women, as it can reduce the baby’s space to move around and increase oxygen flow according to a 2012 study.