Home » Your Health » Women » Symptoms of Endometriosis: Do You Have It?

Symptoms of Endometriosis: Do You Have It? 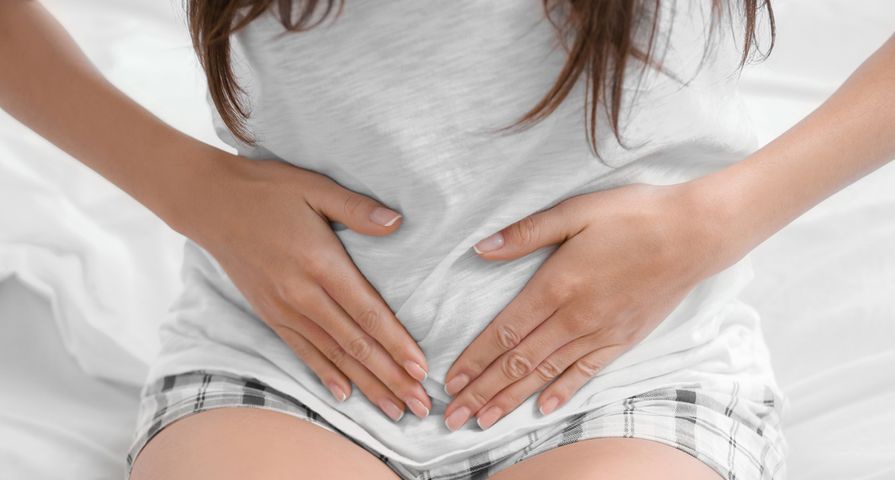 Endometriosis affects over 5-million women in North America. The disease is caused by the endometrial cells, or the cells of the lining of the uterus, abnormally growing in inappropriate areas of the body. The tissue acts just like the normal uterus, shedding its lining every month. Depending on the location of the abnormal tissue, this can cause massive scarring and bleeding in the body.

Endometrial tissue is commonly found in the lining of the uterus but can spread to other areas, such as the outside of the uterus, fallopian tubes, and ovaries as well as to other internal organs, such as the intestines and bladder. If the tissue spreads to the lymphatic system, it can grow throughout the entire body. The only definitive test to confirm a diagnosis of endometriosis is through laparoscopy (a minimally invasive surgical procedure used to view abdominal organs), and treatment includes hormonal medications (such as birth control pills), pain killers, and surgery.

One of the most common symptoms of endometriosis is painful menstruation, which is known clinically as dysmenorrhea. This pain can start one week before ovulation and continue until one week after the end of menstruation. The pain may be crampy and/or constant. This cramping abdominal pain may radiate and come in waves. According to the U.S. Department of Health and Human Services, this pain occurs when the endometrial tissue bleeds and has no way of exiting the body, which causes inflammation and pain. Over-the-counter pain medication is a good treatment option for painful menstruation. There are specialty medications specifically made for menstrual pain that include a mild muscle relaxant.

However, some women can suffer from endometriosis and only experience a very mild level of pain. As a result, they’ll never seek help and might not realize they suffer from this condition for a long time. Self points out that this is one of the reasons this condition is so under-diagnosed. Also, many women just associate their periods with bad cramps, so they don’t know how to differentiate when something more is wrong. “There are some who either suppress or don’t articulate their symptoms, because they don’t want to admit they have a problem until it really interferes with their life,” says Tamer Seckin, MD, an NYC-based gynecologist when talking to Self Magazine.

One dangerous symptom of endometriosis is excessive bleeding during menstruation, which is referred to clinically as menorrhagia. Someone who’s suffering from this condition might also experience unusually long periods that last longer than the average 7-days. Excessive bleeding can cause low levels of iron which leads to fatigue, hair loss, and anemia. For women who experience heavy or long menstruation, iron supplements may be necessary.

Although menorrhagia may occur with endometriosis, generally, it’s not caused by endometriosis and other causes should be investigated. More commonly, it may be due to adenomyosis which is implants of the lining of the uterus in the muscle of the uterus. The Mayo Clinic points out that endometriosis can develop early on in a woman’s reproductive life, so she might not know her period is unusually heavy because that’s all she’s used to.

While the damage is internal, the pain may radiate to the back or chest. A warm, relaxing bath can help relax tense back muscles. Along with pain medication, this symptom can be controlled with the help of your doctor.

How to Find a Physical Therapist Near You

As endometriosis damages the reproductive organs, sexual intercourse may become very painful (a condition referred to clinically as dyspareunia). The act of penetration can push against scar tissue, damaging the muscles. Dr. Seckin, who specializes in treating women with endometriosis, told Self that this pain can occur during sex, after sex, or even continue on in the days following. “Pain with orgasm is common, but people don’t usually articulate it.” Going slowly with open communication can help to achieve penetrative sex. A woman’s body may also tense up, not allowing for penetration if there has been pain during sex in the past.

It’s important to note that there could be other reasons behind pain during sex. For example, there’s not enough lubrication or there’s a hidden sexually transmitted infection (STI). But if this symptom is experienced along with painful menstruation, it could be due to endometriosis. “If someone is having painful periods and bowel movements, and pain during sexual intimacy, it’s a very prognostic sign and highly implies endometriosis,” says Dr. Seckin.

One devastating side effect of endometriosis is infertility. According to Self, it is estimated that up to 50-percent of women suffering from endometriosis will be unable to get pregnant. The scar tissue affects the fallopian tubes which is what often causes infertility in relation to endometriosis. Many women might not even realize they have endometriosis until they begin trying to conceive and are unable to do so. Getting pregnant is not the only problem, as carrying a child to term may also be difficult.

Some studies have shown that women with endometriosis have a higher chance of miscarriage. This can be caused by hormonal imbalance and scar formation. Some studies have found a link between the body’s immune response and miscarriage, leading to the hypothesis that the body may not recognize the embryo like it does with healthy women.

A symptom of endometriosis is painful urination, which is known clinically as dysuria. The entire urinary tract may be affected, including the bladder, kidneys, and urethra (the tube from the bladder to the outside world). Painful urination can be caused by the endometrial tissue implanting along any of these organs. It can also be affected by the tissue rubbing from implants on other organs, such as the uterus. Endometriosis can also cause blood to appear in the urine (hematuria), as well as frequent urination and urgency, says VeryWell Family.

The source goes on to say, “In severe cases of endometriosis, endometrial tissue may grow around or even inside the bladder, leading to pain and bleeding.” Contact your doctor immediately if you notice that you urine is bloody.

Issues affecting the entire gastrointestinal (GI) tract are common with women suffering from endometriosis. This can start simply with painful bowel movements, but it can affect other areas as well. These symptoms are commonly caused by the endometrial tissue rubbing the intestines from implants on the back of the uterus. The tissue can also attach itself to the bowels themselves, causing scarring.

Other GI symptoms include bloating, abdominal pain and cramping, and bloody bowel movements. If you experience blood in or outside of your stool after a bowel movement, contact your doctor. Bowel obstruction is also a possible corresponding condition, as the tissue may implant on the inside of the intestines.

Feeling Of Insides Being Pulled Down

When endometriosis has progressed, the pain can become so bad that it’s often described as feeling like the internal and reproductive organs are being pulled down. As the endometrial tissue adheres to the organs, the resulting scar tissues may fuse multiple organs together.

As more scarring takes place, the organs may be unable to shift freely within the body. This may result in the feeling of the organs being pulled down to the pelvic bone. The only treatment for this advanced scarring is surgery to separate the organs. Correlated symptoms to this feeling include bladder and bowel issues and painful sex.

As a woman’s body reacts to the disease, fatigue may become a symptom. The implanted tissues and scarring can be taxing to the body, as it struggles to perform its regular functions. The endometrial tissues can also create hormonal imbalances. Many women experience this fatigue around their monthly menstruation cycle.

Fatigue may be one of the most underreported symptoms of endometriosis, as it can be related to other illnesses or forgotten about. Chronic fatigue is not something you should have to battle with every day. If you suffer from chronic fatigue, talk to your doctor about the possible causes and treatment options.

Stretches for Sciatica and Back Pain Relief (With Video)

Pain in the pelvic region can make it difficult for women to exercise. The foreign tissue and scarring can bind organs together, causing pulling and tearing with certain movements. Pelvic pain can be caused by exercises involving the abdominal muscles. The pain can also be caused by running, walking, and even standing too long.

In rare cases, endometrial cells can find their way into the lungs. This can cause bloody coughing and shortness of breath. This may feel like asthma, causing an inability to exercise. Hip and leg pain are also possible if the sciatic nerve is affected by abnormal endometrial tissue.

Women who are affected by endometriosis have a higher risk for irritable bowel syndrome (IBS). In fact, Self points out that endometriosis is sometimes confused with IBS or a food intolerance, because it can present with signs of intestinal pain, diarrhea, or constipation.

“Many women with endometriosis go for intense bowel workups and colonoscopies, and they’re given special diets,” says Dr. Seckin to Self. These tests are done because they believe they have some kind of GI problem, but the root cause could be endometriosis because this disease can cause IBS.

Causes of Lower Back Pain in Seniors

Spotting and Bleeding Between Periods

In addition to suffering from GI such as diarrhea or constipation, it’s not uncommon for women with endometriosis to experience an upset stomach with nausea and/or vomiting during their period. The nausea and vomiting could even stem from the pain they’re experiencing as a result of this disease.

As we’ve previously discussed there’s a lot of pain associated with endometriosis, including painful menstruation, bowel movements, and urination, as well as back pain and even pain during sex. We’re about to add one more to this list! About 20-percent of women who suffer from this condition will also experience general pelvic pain, says VeryWell Family. This pain will present itself not only during menstruation but also throughout their entire cycle.

Depression and anxiety are an unfortunate part of endometriosis that can develop as a result of all the other symptoms a woman experiences, such as painful sex, infertility, and just an overall sense of not feeling well (malaise). “You may feel exhausted and depressed from dealing with pain throughout your cycle or period. Infertility and a difficult sex life (from painful intercourse) can lead to depression and anxiety,” explains Very Well Family.