Facts and Symptoms of Lyme Disease 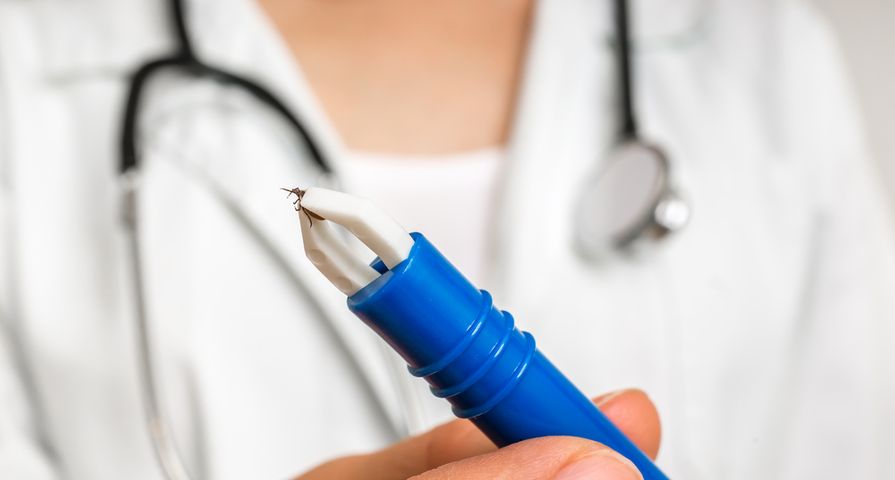 We’re constantly hearing about the threat of Lyme disease when it comes to our pets. However, sometimes it takes star power in order to bring a dangerous condition into the “Lyme-light” for humans. There have been several celebrities who’ve now come forward about being diagnosed with Lyme disease after suffering unexplainable symptoms—such as emotional outbursts, nervous system abnormalities, skin issues, and loss of brain function.

Lyme disease is a bacterial illness that is spread by the Borrelia burgdorferi bacteria in tick bites. Once infected, the victim (human or animal) will suffer the consequences in multiple stages that stretch from the first bite to the spread of Lyme antibodies within the blood, and these telltale symptoms…

The first indication of Lyme disease is often a bite mark, which will often become red, swollen, and quite tender. As the bacteria takes hold in the body, it will often strike the site of the bite mark first—meaning the area where the bacteria entered through the skin will form a reddish rash with a red ring around the bite site the resembles a bull’s eye.

Many victims of Lyme disease often complain of what seemed to them like typically “flu-like” symptoms early on. For example, the patient may develop a mild fever, swollen lymph nodes, achy muscles and joints, headache, and lethargy.

Of the more serious and scary symptoms of Lyme disease, accelerated heart rate is one of them. Often times, patient’s infected with Lyme disease bacterium will suffer from rapid heart rate—even at rest.

Once the bacteria spread throughout the body, Lyme disease can wreak havoc on the nervous system, causing palsies, which results in sudden, uncontrolled spasms or body movements (i.e., shaking legs).

Meningitis symptoms often occur as infection spreads via the blood and into the cerebrospinal fluid (or the fluid that circulates and cushions the brain and spinal cord) causing inflammation. Lyme meningitis is bacterial in nature, and even though it’s not fatal, it can cause associated fever, neck stiffness, migraine, eye sensitivities, confusion, and even seizure.

If Lyme disease is not treated, and the bacterium spreads to the nervous system in the later stages (a few months after infection), the patient can suffer severe motor and sensory nerve damage that affects the joints, heart, brain, and causes severe tremors or seizures.

If Lyme disease is left untreated after a month or 2, it can also result in subsequently and serious stiffness, inflammation, pain, and disease of the joints. Eventually this will cause chronic arthritis.

If Lyme disease is left untreated, it will gradually worsen throughout the entire body and even affect the heart, slowly weakening and damaging the heart muscle by causing swelling and abnormal heart rhythms. Eventually, heart failure may occur.

Because Lyme disease wreaks havoc on the nervous system, the patient can suffer facial muscle paralysis (i.e., Bell’s palsy), as well as severe swelling, stiffness, and pain in the facial muscles where normal movement becomes compromised or lost completely.