The Causes, Symptoms, and Treatment for Tetanus 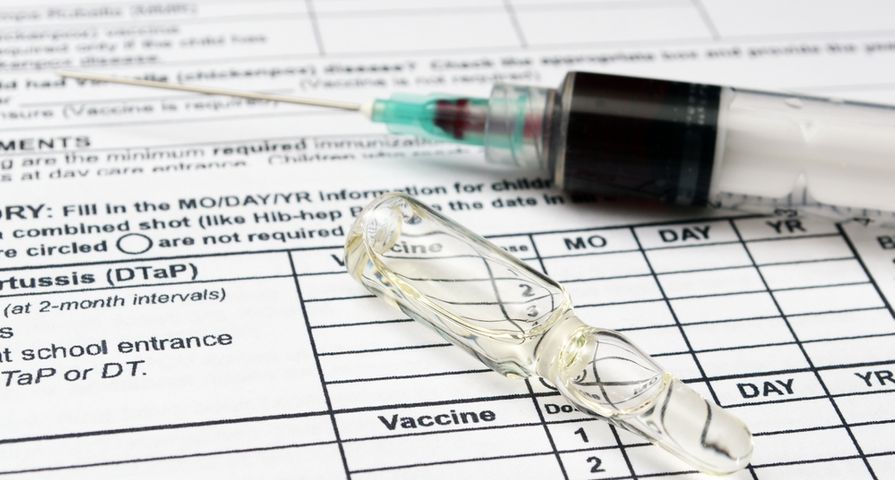 When was the last time you heard of a friend or coworker complaining of lockjaw (or tetanus)? I, personally, hadn’t heard of any cases before an unvaccinated six-year old boy was admitted to a hospital in the Grey-Bruce area of Ontario, in Canada, last week.

Let’s re-examine the causes, signs and symptoms, and treatment options for this serious bacterial disease…

Tetanus, or lockjaw, is a severe bacterial disease that strikes at the nervous system.  The disease, which is caused by the tetanus toxin, causes agonizing muscle contractions, mainly in the neck, stomach, and jaw neck muscles.

Lockjaw is as painful as it sounds. The muscle convulsions in the neck, jaw, and stomach can make breathing painful and difficult. While cramping or convulsions in the arms and legs restrict movement. Severe tetanus can cause lack of oxygen and breathing so constricted that cardiac arrest, respiratory failure, and pneumonia can result, leading to death.

2. How Widespread is Tetanus?

Tetanus strikes about one million individuals annually, according to research from the Mayo Clinic. Most of those affected live in under-developed countries where immunization is not common. In North America, tetanus is extremely rare.

Cases of tetanus almost vanished from North America, and other developed counties, due to the fact that most of us received a routine tetanus vaccine. The tetanus vaccine is administered with a series of other combination vaccines—namely pertussis, polio, and diphtheria—at the age of 18 months, 2-, 4-, and 6-years of age.

3. How is Tetanus Contracted?

The 6-year-old admitted to hospital with tetanus was reportedly unvaccinated and suffered a puncture wound to the foot. Unfortunately, both of these factors increase the risk of contracting the disease. The disease is not contracted through human-to-human contact.

Tetanus-causing bacteria, or clostridium tetani, exist all around us. For instance, it’s common for clostridium tetani to be present in the dust, soil, and also in animal feces and manure. Most commonly, the bacterium enters the body via a flesh wound. The bacteria spores then produce a powerful toxin, called tetanospasmin, which strikes at the motor neurons, nerves, and restricts muscle control.

Obviously, a combination of factors needs to be present for tetanus bacteria to enter the bloodstream. Those who remain unvaccinated, or who have not received timely booster shots against tetanus, remain the most at risk.

In addition to remaining unvaccinated, untreated or infected puncture wounds (i.e., body piercings, tattoos, gunshot, surgical wounds, infected ulcers, and animal bites) can all offer tetanus spores a one-way pathway into the bloodstream. Look for signs of swelling and infection around wounds, and have them examined by a doctor immediately.

Once the tetanus bacterium enters the bloodstream via a puncture or wound, the incubation period for the disease can range anywhere from a few days to several weeks. This means you may not show symptoms, on average, for 7 days after contracting tetanus.

The signs and symptoms of tetanus, however, are painful and hard to miss. They include difficulty swallowing, stiff abdominal muscles, stiff jaw and neck, and painful and lengthy spasms in the neck, jaw, stomach, arms, and legs. Spasms are typically triggered by touch (i.e., a draft), light, or loud sounds.

In addition to painful and debilitating muscle spasms, which are the more obvious signs of lockjaw, associated symptoms can also indicate a foreign invader’s presence in the bloodstream.

According to research from the Mayo Clinic, symptoms such as accelerated heart rate, excessive sweating, high fever, and increased blood pressure may all indicate the presence of tetanus disease. If you suffer these symptoms, it’s vital to seek emergency care immediately.

7. Can Tetanus Be Cured?

In the meantime, your doctor will try to alleviate the severity of muscle spasms to prevent a broken bone. Typically, doctors will prescribe powerful sedatives to control and pacify muscle spasms. However, taking sedatives over the long-term can result in minor mental deficits, cerebral palsy, and brain damage, particularly in young children.

The best way to prevent tetanus disease is by getting your routine tetanus vaccinations followed by regular booster shots. If you suffer a severe puncture wound, the Mayo Clinic suggests a booster shot is necessary if you haven’t had one in the past 10-years.

To prevent the contraction of lockjaw, any deep wound contaminated with dirt, debris, or animal feces should be examined by a doctor immediately. Also, let your physician know if you aren’t sure when you were last vaccinated for tetanus.